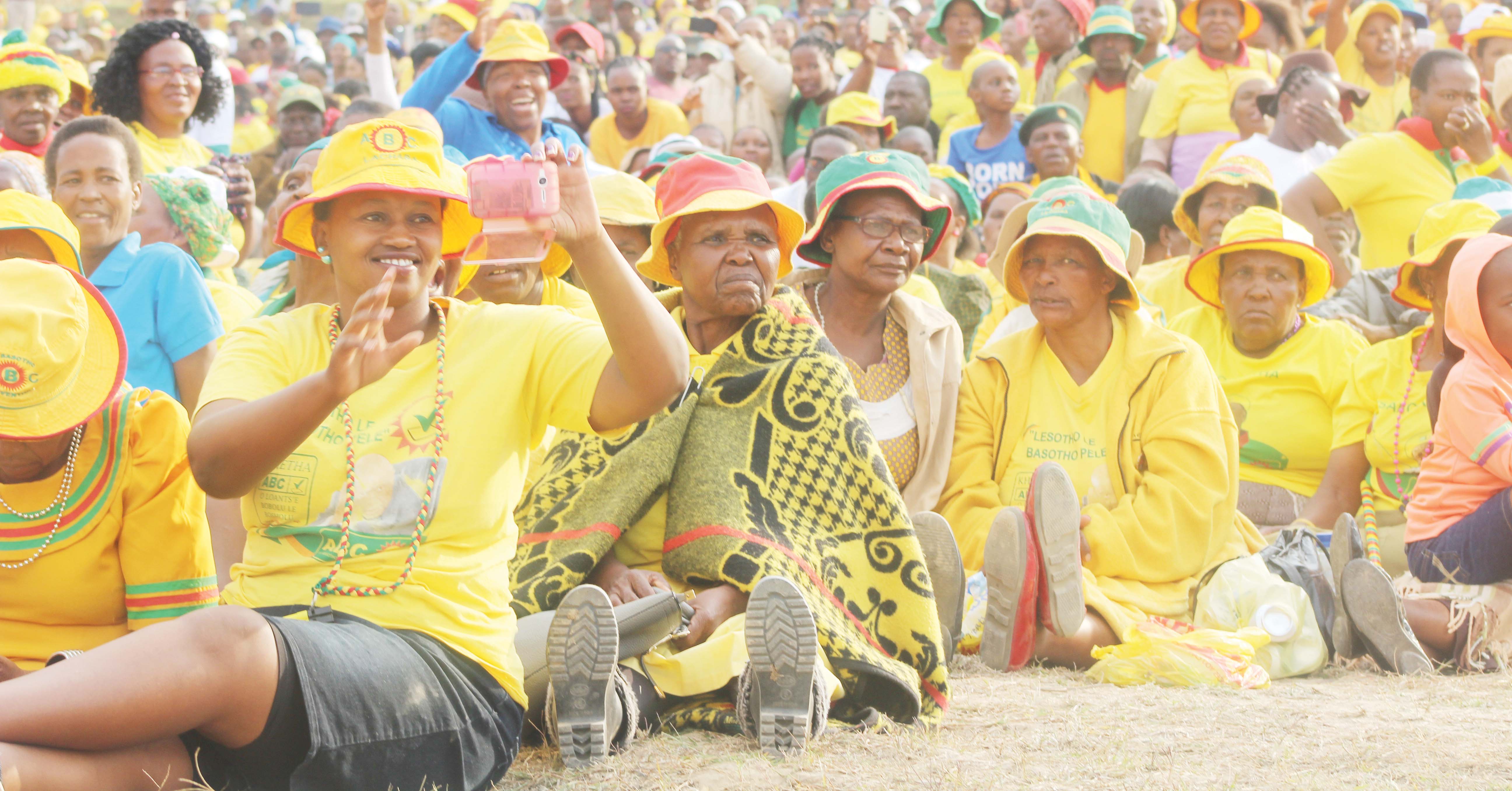 THE fall-out from last week’s tension-filled All Basotho Convention (ABC) party conference in Quthing continued this week with outspoken senior legislator and former Health minister Nyapane Kaya saying the party leadership had become violent and incapable of resolving its challenges.

Mr Kaya’s sentiments sharply differed with those of party spokesperson Tefo Mapesela who said the weekend party conference was a major step towards addressing issues affecting the 12-year-old party.

The weekend conference, which had been called to enable party members to introspect and seek answers to the infighting and other challenges that have plagued the 12-year-old party, degenerated into chaos and Prime Minister Thomas Thabane had to be rescued by his bodyguards from rowdy members.

The bodyguards were forced to step in and eject from the conference room party members who heckled Dr Thabane after he took to the podium and pleaded with them to allow ABC deputy chairperson Kemiso Mosenene to chair the proceedings in place of suspended chairperson Motlohi Maliehe.

The outspoken Mr Maliehe was on Thursday suspended from his position for 12 months by the ABC’s national executive committee (NEC) after he declined to appear before a disciplinary hearing in connection with his blistering public attack on the First Lady, Maesaiah Thabane, in May this year.

But the battle lines have since been drawn after Mr Maliehe told this publication that he would defy the suspension and tackle Dr Thabane head-on until the latter accepted defeat and stepped down as party leader.

The outspoken Mr Kaya who is seen by many as an ally of Mr Maliehe this week told this publication that he had been manhandled by five heavily armed men at the conference for refusing to join the rest of the ABC legislators at the high table.

The former health minister said he was shaken to the core by the “latest tactics used by the ABC leadership” to instill fear in party members who refused to be silenced and continued speaking out about the party’s problems.

“The ABC youth league leader, Taelo Ntsokotsane, then approached me and asked that we talk but I refused. Jane Mohoalohoalo (a senior ABC member) also made similar demands and at that point I felt unease.

“Suddenly, without warning five hefty men including one former bodyguard of our leader (Dr Thabane) came over and told me to immediately join the rest of the legislators at the high table,” Mr Kaya said.

He said he refused to budge because he had not been shown where exactly he was supposed to seat. He further said his refusal angered the quintet who manhandled and attempted to drag him to the podium until he was rescued by fellow party members.

“As they dragged me I could feel they had guns on them. They pulled me so hard and it was really physical. I decided to leave the hall because I suspected that there would be bloodshed and I didn’t want it to spill to innocent people.

“They followed me and we exchanged words. I told them to kill me if they wanted to and they said they would not do so. One of the MPs came out with the prime minister’s security details and demanded that we talk. I refused and sat in my car until in the morning when the conference ended”

He said it was unfortunate that the party which was “once a beacon of hope for many Basotho praying for an end to impunity” had resorted to force to instill fear in outspoken members to ensure that critical, burning issues were swept under the carpet.

Mr Kaya and Mr Maliehe have been outspoken about alleged corruption within the ABC and in government. Mr Maliehe has gone so far as attacking Ms Thabane and accusing her of fomenting chaos in the party and in the government through “constant meddling” in the work of ministers and officials. He demanded that the First Lady stops meddling in state affairs forthwith or risk derailing the government.

This week, Mr Kaya said it was in the best interests of the ABC leadership to listen to its members instead of intimidating them into silence.

Asked if he had raised his concerns with the party leadership, Mr Kaya said the party environment was not conducive for dialogue and they had tried in vain over many months to engage in dialogue with “people who only want to hear what they want”.

“Issues are raised but they are ignored. Dialogue isn’t one of the pillars of democracy practiced in the ABC,” Mr Kaya concluded.

His claims were however, dismissed by Mr Mapesela who said it was important for people to understand that the premier’s bodyguards were only at the Quthing conference to protect him as demanded by the law.

“No bodyguard forcefully ejected ABC members. It was the ABC youths who ejected a small clique that made noise in the conference hall. I don’t know that Mr Kaya was manhandled but I know that he was among the people singing the re bitselitsoe masaoana song (loosely translated to mean that ‘we were called here for nonsense’).

“I don’t know what he means when he says that the ABC used force to instill fear in people criticising the leadership,” Mr Mapesela said, adding Mr Kaya was out of order and had no respect for the party and its leader.

Mr Mapesela said the Quthing conference achieved its objectives and it was a much-needed process towards resolving challenges that faced the party.

“The conference elected a team of people to minute every single concern that was raised and those concerns will be dealt with, so this was a successful conference,” Mr Mapesela said.

The party will however, have to contend with Mr Kaya and Mr Maliehe. The latter, who was suspended from his position as chairperson for 12 months, has refused to accept the decision.

He said the heckling of Dr Thabane was proof that “ABC members want a new leader and they will vote for a person of their choice”.

“It was also an indication that I have defeated Thabane and I am now going to fight him. My suspension is a clear indication that they do not want me to stand for NEC elections in February.

“I am going to stand for elections, I am also going to continue with my leadership roles in the party and I am going to hold a rally soon. Thabane has lost and must accept defeat. It is time for him to go and let the ABC elect its own leader,” Mr Maliehe said over the weekend.

AU to decide on SAPMIL tenure