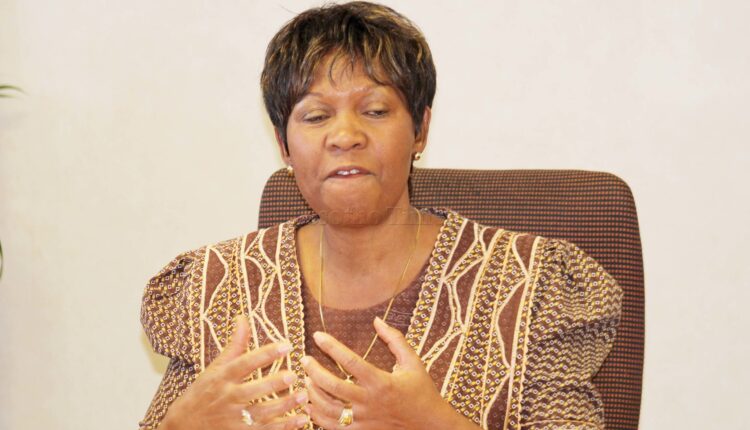 She is the first woman to occupy the second most powerful post in the ruling but fractious party’s hierarchy. She is the third deputy leader in the space of just three years.

Former deputy leader, Nqosa Mahao, landed the post after defeating Dr Majoro and Mr Maliehe at the highly charged February 2019 elective conference. His tenure was marred by a constant power struggle with Mr Thabane who refused to accept his election on the grounds that he was a relative newcomer to the party who should not have been chosen ahead of seasoned stalwarts like Dr Majoro. Professor Mahao eventually dumped the ABC in April 2021 and formed his own Basotho Action Party (BAP).

Dr Majoro was then co-opted into the NEC as deputy leader but he too soon fell out with Mr Thabane and the majority of NEC members who, on 2 December 2021, voted to recall him from the premiership and replace him with Mr Kabi.

Announcing the decision at the time, ABC spokesperson, Montoeli Masoetsa, said the NEC had decided to recall Dr Majoro following an outcry by the rank and file of the party as well as the general public over a plethora of issues including poor service delivery and the premier’s alleged failure to stop the high murder rates in the country ever since he succeeded Thomas Thabane on 20 May 2020.

However, Dr Majoro refused to resign and make way for Mr Kabi saying prime ministers are only removed through a no confidence vote in parliament and not by political parties. He even fired Mr Kabi from his post as Agriculture, Food Security and Marketing minister.

The two subsequently squared off at the January 2022 leadership contest to choose a replacement for Mr Thabane who stepped down on 31 December 2021.

Following Mr Kabi’s victory, Dr Majoro relinquished the deputy leader’s post and since then the two have continued their power struggle.

Dr Manamolela has a reputation for being a firebrand. Back in 2014, she publicly criticised politicians for allegedly tarnishing the image of the Lesotho Mounted Police Service (LMPS) and Lesotho Defence Force (LDF) by using the two security agencies to fight their own personal wars.

Contacted for comment this week, Dr Manamolela said she had not yet been formally informed of her election.

However, she was ready and would “happily take up the challenge,” she said.

“Should this (election) be confirmed, it will have come at a very difficult time when the party is rocked by factions and disunity. However, I know that God has blessed me with the ability to mediate where there are differences. Some women are gifted with the skill of diffusing tensions,” Dr Manamolela said in an interview.

Other positions which had also been vacant have been filled. He said NEC member representing the Thaba-Tseka district, Rantšitile Ramone, had been co-opted to fill Mr Kabi’s former post of deputy secretary general.

Agatha Tšoanamatsie is the new treasurer in place of Tlali Mohapi who resigned last year.

Mr Masoetsa also revealed that deputy spokesperson and cabinet minister, ‘Matebatso Doti, had resigned from the NEC due to ill health.