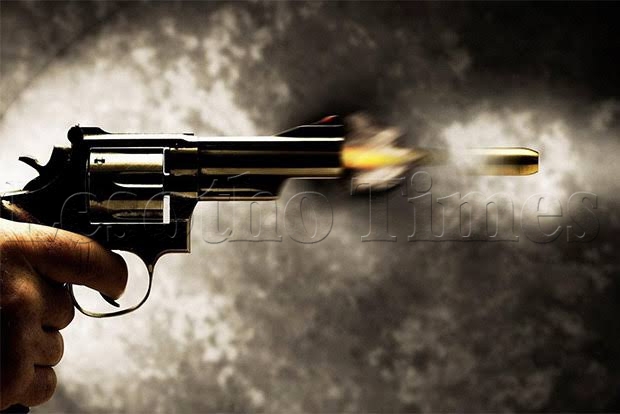 POLICE are investigating a case in which a Maseru man is alleged to have murdered his lover before committing suicide early this week.

Police spokesperson, Senior Superintendent Mpiti Mopeli, said 33-year-old Thabang Machabe could have shot his girlfriend ‘Mapalesa Chaka (27) before turning the gun on himself.

“On Monday 22 November 2021, the police received information that two bodies had been found lying on the floor in a house at Lekhaloaneng near Ha-Seipobi in Maseru,” Senior Supt Mopeli said.

“Both bodies were found lying in a pool of blood and three pistol shells were found at the scene. It hasn’t been confirmed that Machabe murdered his lover as investigations are ongoing. However, there is a high probability that he could have shot and killed his girlfriend before turning the gun on himself. Neighbours reported that the deceased man had a misunderstanding with his lover the day before the bodies were found,” said Senior Supt Mopeli added.

He also appealed to couples to seek help whenever they experienced challenges.

“We appeal to the public not to settle their differences by killing one another. There are many ways to resolve differences and these include seeking mediation from other people. Life must be cherished because we only live once.

“We also appeal to those with illegal guns to voluntarily hand them over to the police. This will help end or reduce the unnecessary killings,” Senior Supt Mopeli said.

Meanwhile, a source who was close to the deceased couple, said they had been experiencing financial difficulties since Machabe was unemployed while his lover was a vendor in Maseru.

“He (Machabe) was commuting on a daily basis to Teyateyaneng where he was hoping to be hired by a trucking company but this had drained their limited funds as his girlfriend was not earning much as a food vendor in Maseru.

“This had put Machabe under a lot of strain. He felt inadequate due to his failure to meet their needs. His lover had even threatened to leave him and he probably decided that ending their lives was the best way out of their predicament,” the source said.

“I had known the couple for a long time and I know that Machabe deeply loved his girlfriend. Perhaps the fear of losing her drove him to end their lives,” the source said.

Machabe and Chaka’s deaths come barely two months after a similar incident, wherein one Police Constable (PC) Ramoabi of Butha-Buthe shot and killed his girlfriend before turning the gun on himself.

Both PC Ramoabi and his girlfriend were married to different people. Nonetheless, PC Ramoabi accused his lover of cheating on him. He then killed her before taking his own life.

A family’s tears for dead son