Maliehe proud of his charges 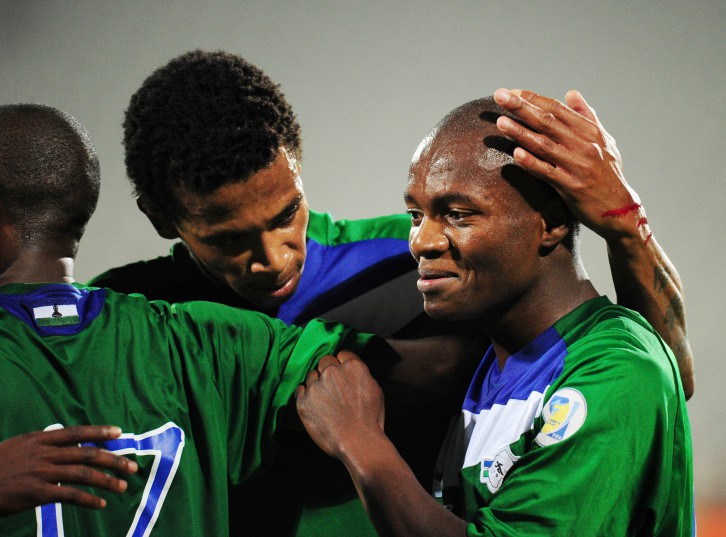 LESOTHO national team coach Moses Maliehe has lauded his charges for recovering from a goal down to force a 1-all draw with Tanzania in a Group L 2019 Africa Cup of Nations qualifying match in Dar es Salaam on Saturday.

Belgium-based Tanzania captain, Mbwana Samatta put his side ahead on the 27th minute with a well-taken free kick.

Thapelo Tale equalised for Lesotho towards the half-time break who hung on to secure a valuable point.

Maliehe was satisfied with his charges’ performance, saying, “It is always very difficult playing away but the players were excellent against the home side”.

“We no longer crack easily when playing away and the players deserve all the credit for their hard work.

“They also showered character coming from a goal down to come away with a point.”

The Likuena coach however, said his side could have done better with their finishing and they also gave away the ball on several occasions in the midfield.

He said despite this, there were more positives than negatives.

“The plan was to score first but it did not happen.

“What was impressive was that the team was never intimidated by the supporters that came in large numbers to support their country.

“That shows that we have matured and do not crack playing under pressure. We have a better mental strength compared to the past years.

“Overall, I think the players gave a good account of themselves,” he said.

He said they would shift focus to the regional COSAFA tournament that gets underway later this month in Rustenburg, South Africa.

He said while it was tempting to take tried and tested players in order to stand a good chance of winning the competition, it was important to give international exposure to youngsters in preparation for the future.

“Like any coach, I would love to win and do well with the team, but at the same time we want to develop young players.

“As a national team coach, you need to have a plan not just for today, but also the future.

“We have players like Napo Matsoso who is new to our set-up and needs to be given exposure,” Maliehe said, adding, “We will take a balanced team to the COSAFA Cup because we want to do well and make the country proud”.

Regarding the injury suffered by Tale who was taken off immediately after equalising, Maliehe said it was not that serious.

“Captain Bokang ‘Lefty’ Mothoana also had a minor injury before the game but I’m sure both of them will be fit for the regional tournament.”

Lesotho is among countries given a bye after reaching the quarterfinals in the last edition in Namibia last year.

Likuena will also play Comoros in July in the qualifiers of the 2018 African Nations Championship.

The time is now to put the country first