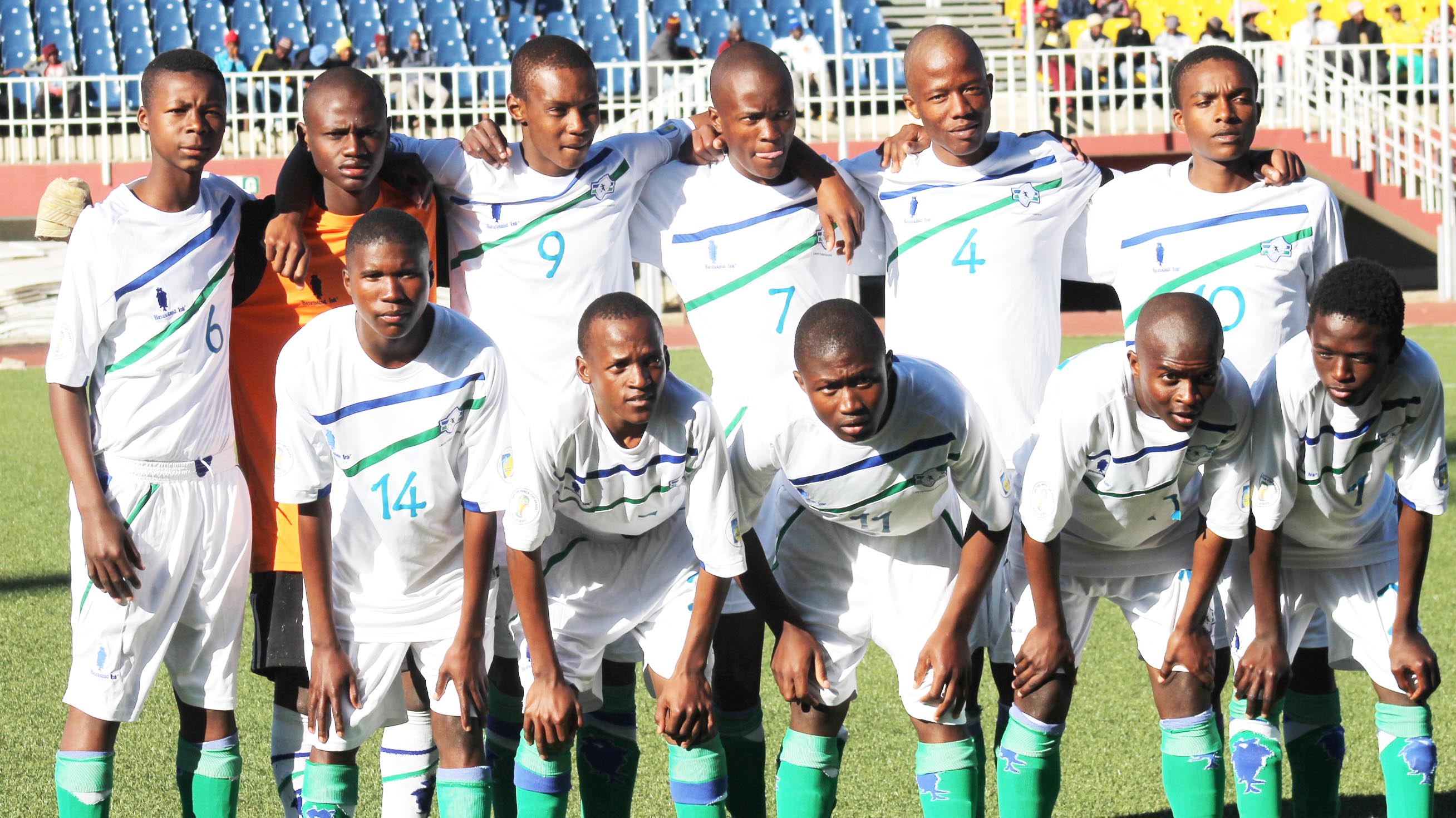 THE national under-20 Makoanyane XI squad that is currently in Zambia for the regional COSAFA Cup are confident of doing well despite shambolic preparations which saw them lose their friendlies against Swaziland and South Africa.

Makoanyane, who under the guidance of Leslie Notši and his assistant, Bob Mafoso, had chaotic preparations due to the non-availability of some of the players who were in action with their premier league clubs.

They were hammered 5-0 by their South African counterparts.

There were also reports this week that the team had no playing kit to use in Zambia while players had no soccer boots and had to utilise those that they have from their respective clubs.

This publication was told that when they left for Zambia on Monday, it had been arranged for them to use a kit that has been used by the senior national team in recent games including soccer boots.

Speaking with the Lesotho Times shortly before departing to Zambia, Makoanyane head of delegation, Tšeliso Ramatla, said the matter had been resolved and all was in place for the team to compete.

“Everything is in place and all the players left with the team,” Ramatla said, adding, “The kit issue have also been resolved”.

“The camp is fine and the spirit is very high. We did things that we felt would motivate the players.

“We expect to play well based on preparations we had. It was a bit of a challenge to assemble the team but I think we are now on the right track.

“We believe they will do well and get the exposure that will help them grow,” he said.

Lesotho is in Group C alongside Angola, Namibia and Zimbabwe.

LMPS forward, Roboama Koloti, is the most experienced player as he has also played for Likuena.

Makoanyane XI begin their campaign with a match against Zimbabwe today.

They play Namibia on Sunday and complete their group stage with a tie against Angola next Tuesday.

Group winners automatically qualify for the knockout stages and they will be joined by the best runner up from the three groups.

Lesotho’s best performance was in 2005 when they reached the final which they lost to Madagascar.