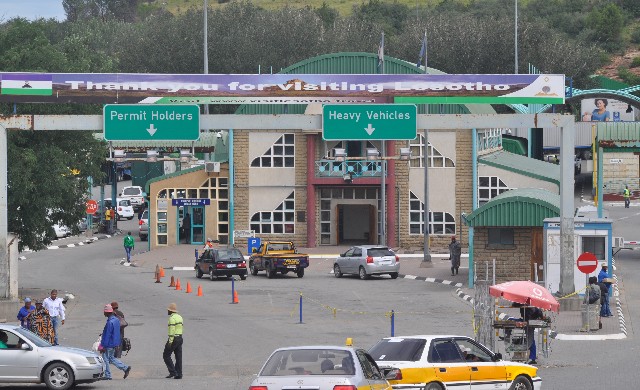 PRIME Minister Moeketsi Majoro has further relaxed the Covid-19 lockdown restrictions to allow a host of economic and social activities to resume amid indications that the rate of Covid-19 infections and deaths has significantly decreased in the past two months.

International travel, entertainment and sporting activities are all set to resume under the relaxed regulations which came into effect yesterday. Lesotho is now in the “blue stage” of the Covid-19 guidelines. It was previously in the purple stage which barred political gatherings, international travel except for emergencies and essential workers as well as sporting events, among other things.

However, in recent times, political parties including Dr Majoro’s own All Basotho Convention (ABC) and its main coalition partner, the Democratic Congress (DC) have been holding gatherings disguised as social events.

Three weeks ago, Dr Majoro joined former Prime Minister and current ABC leader Thomas Thabane and other senior ABC leaders at an event at Mr Thabane’s Makhoakhoeng, Maseru, home where they allegedly plotted the ouster of former ABC deputy leader, Nqosa Mahao. Professor Mahao has since dumped the ABC to form his own Basotho Action Party.

The ceremony was disguised as a traditional feast.

Last month, DC leader and Deputy Prime Minister Mathibeli Mokhothu held a joint birthday party in Thaba Bosiu with his DC predecessor and former Prime Minister Pakalitha Mosisili. They used the occasion to drum up support for the DC in next year’s polls which the Independent Electoral Commission (IEC) has said could be held either in September or October 2022.

Before then, the IEC will conduct by-elections in the six constituencies of Makhoroana, Maliepetsane, Thupa Kubu, Mohale’s Hoek, Qacha’s Nek and Kolo sometime this year. Hundreds of DC supporters showed up for the event.

However, the ABC, DC and other parties will no longer need to disguise their activities after the latest relaxation of the Covid-19 restrictions.

“Political rallies are permitted from Wednesday (yesterday),” Dr Majoro said while announcing the easing of the restrictions early this week on national television.

He said the relaxations had been made possible by the significant reductions in the rate of infections and deaths. As of yesterday, the country had recorded 10728 infections and 316 deaths.

This means that the country has only recorded 353 infections and 37 deaths in over two months, an indication that the war against the pandemic is being won.

“The number of Covid-19 related deaths that were reported daily have decreased and this victory goes to the nation for taking care and abiding by the Covid-19 safety protocols.

“I also want to thank Basotho who stay in South Africa who heeded the government’s plea not to come home for the Easter holidays. That also contributed to this situation where the Covid-19 pandemic is under control,” Dr Majoro said.

Other activities which have benefitted from the relaxed restrictions are the sale of alcohol which is now permitted every day from 8 am to 8pm.

Weddings will now be allowed a maximum of 100 people indoors and 200 for the outdoors.