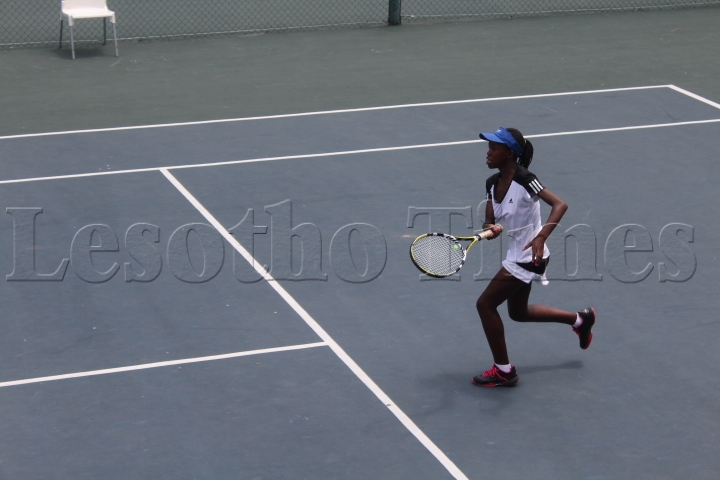 Maisa and Moseme have been participating in the games since 2016 in Angola. They were also part of the national team during the 2018 edition in Botswana.

They will be joined by Kamohelo Khabele and Karabelo Thite in the girls’ category while debutants Mpho Leshoele, Lerato Mathibelle Kamohelo Khethisa and Refiloe Pheko will contest in the boys’ category.

Team coach ‘Makopane Nkuatsana told the Lesotho Times that the side was selected through a week- long round robin competition in Maseru held in Maseru.

“We have finalised our team and it will be training together from now until December,” Nkuoatsana said.

“We had a round robin event last week out which eight players made it into the team.”

In Botswana, only Nyathi Motlojoa brought a medal, after winning bronze.

Nkuoatsana believes the experience gathered by Maisa and Moseme in the last Region 5 Games will help them in the forthcoming edition. However, she is wary of the need to prepare seriously before the games.

“Maisa and Moseme are not new in the team but there is still a lot of work to be done because the players have been away from the sport for a long time,” she said.

Her plan is to see the players getting consistent training up to December but she is worried about the lack of proper equipment.

“We haven’t received funds to prepare the team and our plan is to start preparing soon because we are running out of time. We want consistent preparations until the games but that will only happen if we get all the required equipment as soon as possible.

“If we get the equipment late when it’s too close to the tournament, it would be a blow for the players because players must get used to them before the tournament.”

She also hopes her players will get a few tournaments outside the country since they currently do not have any foreign exposure.

Now that schools have reopened, the coach will meet the players on weekends for training.

Shot in the arm for LDF