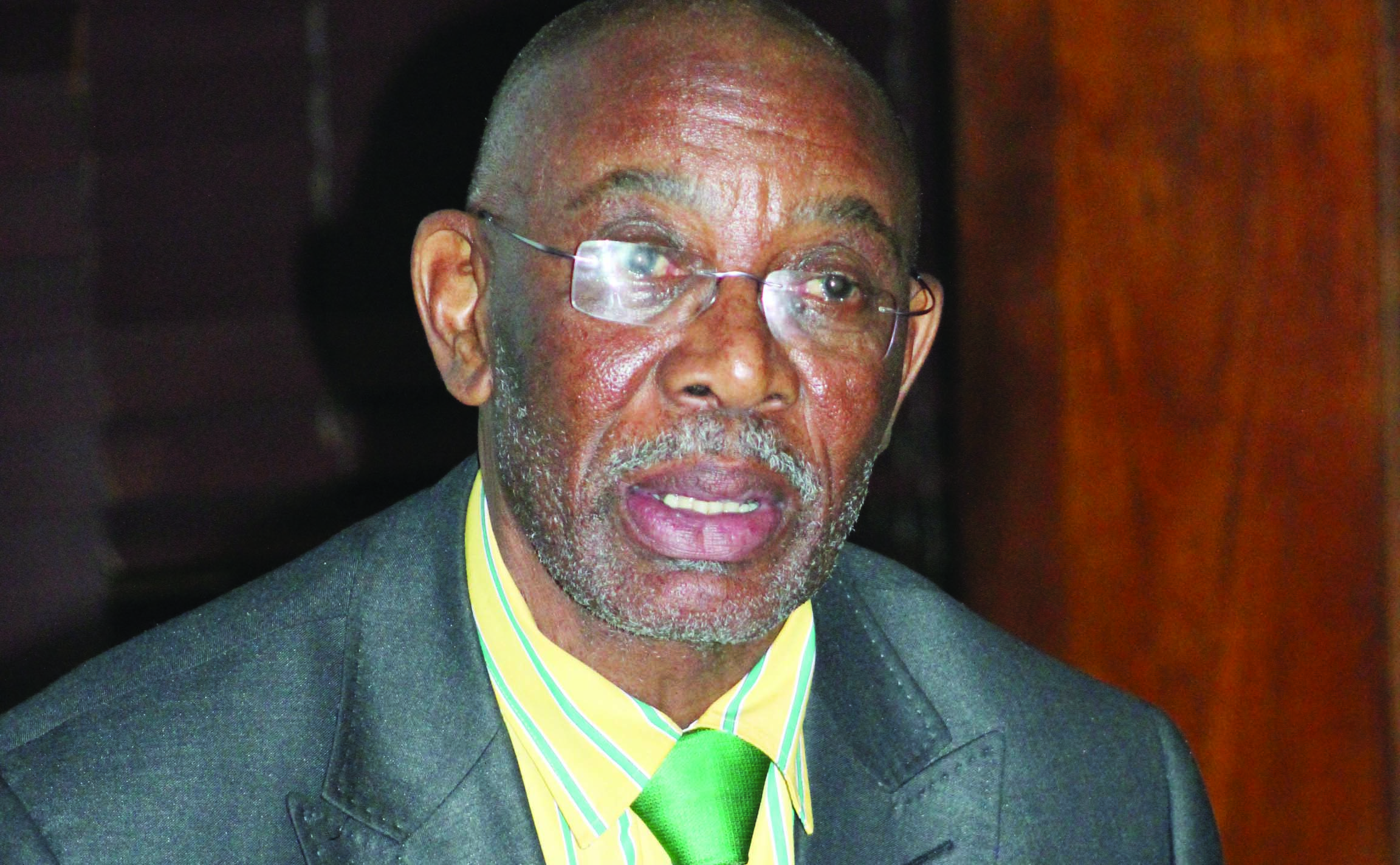 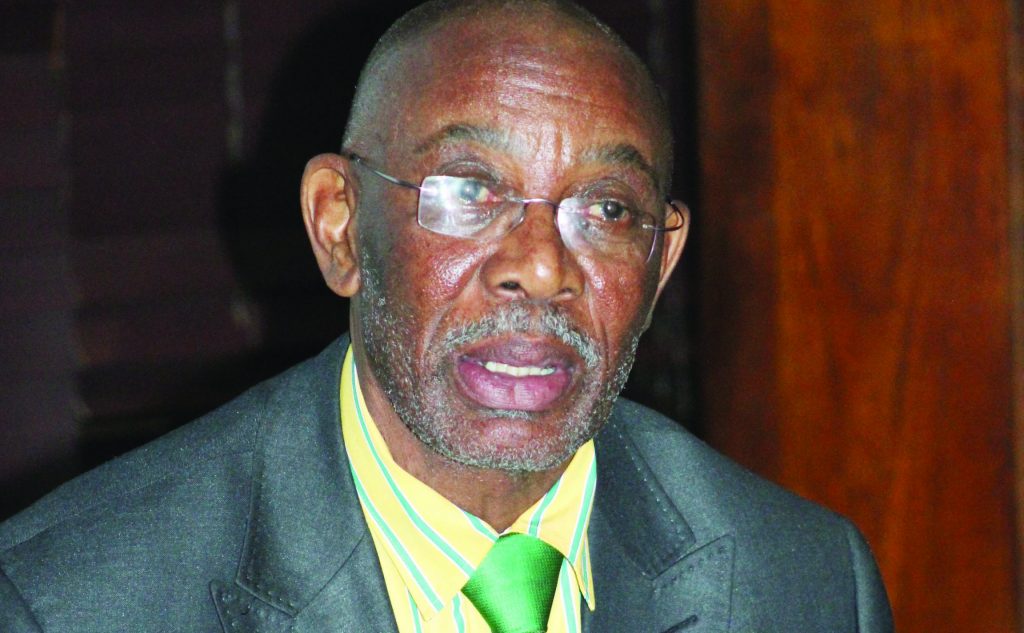 A lawyer representing the Mahao family in the on-going SADC Commission of Inquiry on Tuesday accused two Makoanyane Military Hospital staff of lying that Lieutenant-General Maaparankoe Mahao was alive when he was brought to the medical facility.

The hospital’s Director-Medical Services, Colonel ‘Matumelo Ramoqopo  and nurse, Private Kamohelo Sechele, told the commission probing the army’s fatal shooting of the ex-military chief on 25 June this year that he died at the hospital.

However, Advocate Haee Phoofolo (KC) told the commission that the testimonies were “lies and hard to believe”, adding there is evidence to suggest he was already dead when he was taken to Makoanyane Military Hospital.

Private Sechele told the commission he was summoned to the ambulance parking bay by Colonel Ramoqopo at around 3:30 pm to receive Lt-Gen Mahao who had been shot outside his Mokema farm by soldiers sent to arrest him for alleged mutiny.

“It was around 3:30pm, and I was in the maternity ward nurses’ station. I was with a colleague who is a civilian. I saw the Director-Medical Services (DMS) coming towards the ward, and when she saw me, she shouted that I should collect a sheet and follow her to the ambulance parking bay.

“I did as I was told and upon my arrival at the bay, I saw the DMS standing near an ambulance supporting someone I could not immediately identify. As I went closer, I realised that the person was bleeding. I immediately took a trolley to Col Ramoqopo. It was then that I realised the man was Brigadier Mahao, and he was saying ‘good people, help me’ in a very weak voice,” Private Sechele said.

Private Scehele further said by now, other medical staff had joined them in the treatment room.

“Nobody spoke as we were all concentrating on stopping the bleeding and saving a life. I used a pair of scissors to cut off his clothes to expose the wounds where the blood was coming from. I realised his right arm was badly injured and it could not even hold anything; there were two wounds on the chest and another at the back.  The doctors had not arrived and he became restless; he wanted to sit but we made him lie down again. At that moment, the oxygen-mask fell as he struggled to sit but the person who was giving him the air put it back on his face,” Private Sechele said.

The first doctor, he added, arrived after about 10 minutes, and another five minutes later.

“The doctors tried all they could to stop the bleeding and resuscitate him until they pronounced him dead. I cleaned the corpse with a wet towel, removed dried blood and changed the dressing. I couldn’t leave the body like that,” Private Sechele said.

Colonel Ramoqopo narrated an almost similar statement, but differed on how Lt-Gen Mahao was brought to the hospital.

“I was still at my office when Chief of Staff Major General Poopa called and asked if I was still at work. He asked whether there was a patient who had arrived at the hospital. Following that call, I thought maybe I had not responded properly, and decided to go to the hospital to confirm.

“While on my way, he called me again and said I must be ready to receive an urgent patient and make sure I secure a doctor. When I reached the hospital entrance, there was no one other person apart from the receptionist. I then entered an office usually occupied by MMH officers. I found one officer on the phone and he immediately terminated the call.

“I asked if they had just admitted a patient and he said. I asked which doctor was around, and he said Dr Mogesh. However, he also said the doctor had just left. I called Dr Mogesh and asked him to return to the hospital. I told him he had to be on standby for an emergency,” Colonel Ramoqopo said.

“I then instructed the officer I had found in the office near the reception to go to the treatment room and prepare it. I also told him to mobilise officers in that room to get ready for the emergency patient who was going to arrive soon.

“A soldier in uniform then knocked and told me he had brought the patient. I asked him where the patient was and he said at the parking bay. Before following the soldier to the parking bay, I remembered that all the trolleys outside were not covered so I rushed to the maternity ward for a sheet because it was the closest to where I was.

“When I reached the maternity ward, I saw Private Sechele and I called him to come with me,” she said.

Colonel Ramoqopo said at the parking bay, she saw two people—one in military gear and the other civilian clothing.

“As I was looking at them, I realised that the figure in private clothing was staggering as he walked. When I looked closely, I decided that maybe he was the patient I had been waiting for and that he was Brigadier Mahao. I also realised that the soldier in uniform was supporting Brigadier Mahao because he was weak even though he was still walking. I then instructed Private Sechele to pull the trolley towards the patient. Before we could even put him onto the trolley, he uttered: ‘good people help me’. I then assured him that we were there to  help him,” Colonel Ramoqopo said.

She also told the commission how they took the injured man to the treatment room, and tried to stop the bleeding. Colonel Ramoqopo added when the doctor arrived, Lt Gen Mahao was no longer talking and finding it difficult to breathe.

At around 4:15pm, Colonel Ramoqopo said Lt-Gen Mahao was dead.

“Since I had been told by the Chief of Staff to receive the patient, I immediately called him and told him what had happened. I discussed with him how we would ensure the corpse was with the police because it was a police case now. The Chief of Staff promised that he was going to make sure the police were notified. The police came the following day, 26 June 2015, to collect the body.”

Asked by the commission’s chairperson, Justice Mpaphi Phumaphi, why she decided it was now a police case, Col Ramoqopo said: “The nature of the wounds revealed to me that they were a result of gunshots”.

A lawyer representing government and the LDF, Advocate Motiea Teele, asked Colonel Ramoqopo if she could identify the people sitting in a van parked near the ambulance.

“Luckily, I don’t know them and even if I did, I would not say,” she responded.

However, in his cross-examination, Adv Phoofolo told both Private Sechele and Col Ramoqopo they had lied that Lt-Gen Mahao was still alive when he arrived at the hospital.

“You are lying when you say Ntate Mahao was alive and walking by himself when he arrived at the hospital. A clear indication of your lies is proved by why it was important to ask Private Sechele to bring a sheet to the parking bay. You were going to use the sheet to cover the corpse.

“The post-mortem report that I am holding here clearly shows that he arrived at the hospital dead. Under the heading ‘CHEST’ the report says, ‘The right lateral chest wall shows penetrating injury. There is a large irregular defect in the chest wall overlying the lateral aspect of the body of the fifth rib (which has been fractured and completely disrupted). This wound tract continues through the posterior chest wall structures and skin, culminating in the wound on the right upper back. There is approximately 200ml of residual fluid blood in the right chest cavity. Under the heading ‘ABDOMEN’ sub-heading ‘LIVER’, the report further notes; minimal associated subscapular and deep parenchymal haemorrhage is present here. The appearance is consistent with blunt force injury to this region.

“Do you want to tell this commission that a person who sustained these injuries can survive more than an hour and walk by himself? I put to you that you have been lying,” Adv Phoofolo said.

But Colonel Ramoqopo insisted she was telling the truth.

“I told the commission what I saw, not what I was told. Brigadier Mahao was alive, talking and walking when he arrived at the hospital.”