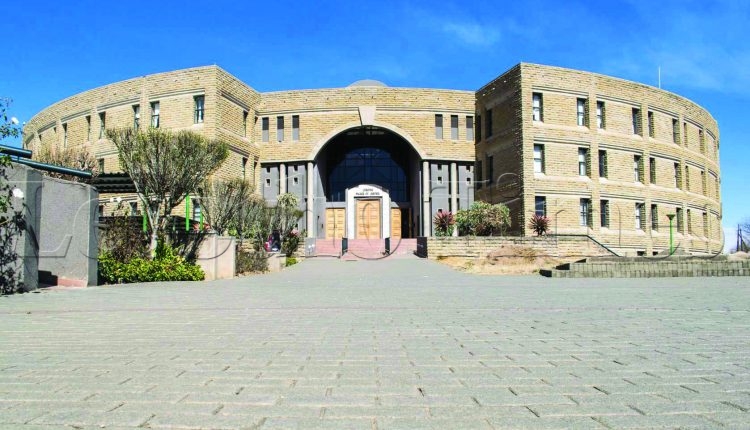 OPERATIONS at the Maseru Magistrate Court were this week paralysed after the Lesotho Electricity Company (LEC) abruptly cut power supplies due to the judiciary’s failure to pay a M1, 3 million power bill.

The utility company cut off supplies on Tuesday, leaving the Maseru Magistrate Court in darkness.

The situation is likely to go on for months as Chief Magistrate ‘Matankiso Nthunya said court administrators were unable to immediately raise the money to settle the debt.

Ms Nthunya told the Lesotho Times that the debt had been piling up over the past five years due to meagre funding allocated by the government to the judiciary. The court had now been forced to suspend cases whose proceedings needed to be recorded electronically.

“This debt started five years ago and has been accumulating over the years until now when the electricity was cut with the bill sitting at M1, 3 million,” Chief Magistrate Nthunya said.

The M430 000 is an annual budget for the entire Maseru district, shared among two magistrates’ courts, a central court and fourteen local courts. The money is expected to cover operational expenditure for all the seventeen courts over a period of twelve months.

Chief Magistrate Nthunya said her efforts to reason with the LEC to allow them access to electricity had fallen on deaf ears. She said they were now relying on sunlight to light-up courtrooms to continue hearing cases.

“We do not know when and how the problem will be addressed. We tried to plead with them yesterday (Tuesday) but we were told that our power will only be restored if we at least pay half of the debt. That is more than the money we are allocated annually. I believe the budget that will be given to us in April for the 2021/2022 financial year will still not cover this debt. We therefore, have no means to pay half of that debt even if we were to redirect all our budget to paying that half of the bill as immediately required by the LEC.

“Our budget keeps decreasing each year. In 2018/2019, our budget was M500 000 and that creates a lot of debts which we are not able to cover. When we request money from government, we attach bills such as this one of electricity but we still do not get the money and instead we are given money based on the government’s budget ceiling,” Chief Magistrate Nthunya said.

While the lack of electricity had crippled some services at the court, Chief Magistrate Nthunya said hearing of cases which did not require electronic machinery recordings could still go ahead.

“Everything which does not require electricity has not been affected and those are services such as drawing charge sheets and remanding accused persons. In courtrooms we rely on sunlight from the windows. The affected services include writing of judgements which must be typed and printed.

“We also use electronic recording systems for cases which need to be recorded. Such cases cannot continue. Our civil registry does not have windows too, so we have also been forced to suspend matters whose files are in there due to darkness,” Chief Magistrate Nthunya said.

Contacted for comment yesterday, Ministry of Law and Justice Principal Secretary Lebeko Sello, said the government was working with the judiciary to address the matter.

“I spoke to the Registrar (High Court and Court of Appeal Advocate ‘Mathato Sekoai) this morning (Wednesday) and she is currently working on it. Should she encounter problems, she will let me know to enable us to intervene because at the end of the day, it is the government’s responsibility to provide essentials to the courts,” Mr Sello said.

The electricity problem is just a tip of the iceberg as magistrate courts and other lower courts in most districts around the country are either completely dysfunctional or teetering on the brink of collapse due to years of underfunding by the government.

According to magistrates and other court officials who spoke to this publication last December, for several years, the government used to allocate quarterly budgets ranging from M150 000 to M200 000 per district for the running of the lower courts.

Although not enough, the funds enabled the courts to pay for basic services like electricity, heating during cold seasons, transport for court officials as well as stationary for use in preparing dockets, summons and other court documents.

But since 2017 the budget allocations have been severely reduced and during the first quarter of last year for example, the Mohale’s Hoek district was given a paltry M18 793 to cover operating expenses of eight courts. Again, in the second quarter from July to September 2020, the magistrates’ court, central court and six other local courts in Mohale’s Hoek had to share M18 265, 14.

The first and second quarter allocations for the last financial year translated to a measly average of M2349, 13 and M2283, 13 per court respectively.

Not surprisingly, with such paltry allocations, most courts have either stopped operating or are experiencing serious challenges offering services to the public.

Just last year, Law and Justice Minister Professor Nqosa Mahao alluded to the problem saying his countrywide tour had revealed that most courts were struggling due to shortages of human and material resources as a result of underfunding by the government.

While in the 2020/21 financial year, the entire judiciary received M136 million, the figure has gone down to M113, 3 million for the upcoming 2021/22 financial year according to Minister of Finance Thabo Sophonea’s budget estimates presented in parliament last week.