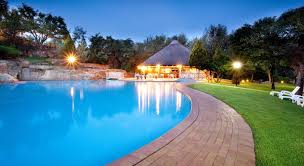 Secretaries should do their jobs with pride knowing that they play a critical role in the administration of their departments or organisations.

This was said by the president of the Lesotho Secretaries Association (LSA), Limakatso Mafelesi, in an interview with the Lesotho Times this week.

The LSA recently hosted a dinner dance in collaboration with Avani Maseru Hotel to commemorate the International Secretaries Day, which is held annually in recognition of the work done by different types of secretaries in the work place.

Ms Mafelesi said secretaries are often called names while they are performing their duties.

“What we want to see is secretaries doing their job with pride knowing that they play a critical role in the administration of their department or organisation,” Ms Mafelesi said.

“At the dinner, I taught secretaries how to stay calm and patient when they encounter trouble at work, because I have dealt with similar cases for many years.

“As secretaries we encounter the challenge of being disrespected in our line of work. We want to see secretaries doing their job with pride knowing that they play a critical role in the administration of their department or organisation.

“When you know your duty as secretary, you are often called all sorts of derogatory titles.

“So, at LSA we motivate secretaries on how to handle the pressure that comes with being a secretary, to keep stress at bay and help them to focus on their work.”

She also said local secretaries, especially in government departments, are not recruited based on merit and this negatively affects their output.

Ms Mafelesi said there was need for proper training and exposure to equip secretaries with the relevant skills to deliver their duties as expected.

“I have suggested to the government that it would help if secretaries get international exposure abroad.  It is only Lesotho embassies whose have secretaries from host nations. I have been calling for our ambassadors abroad to employ secretaries from Lesotho.

“Politicising the appointment of secretaries has tainted the profession to the extent that whenever I asked to be allowed to recruit secretaries to give them international exposure, I would be asked whether or not I knew which political party they are affiliated with,” Ms Mafelesi.

Ms Mafelesi, is a former secretary in the Prime Minister’s office in the Economics Department.

LSA was established in 1992, to bring all secretaries together to share experiences with a view to improve service delivery in their respective departments.