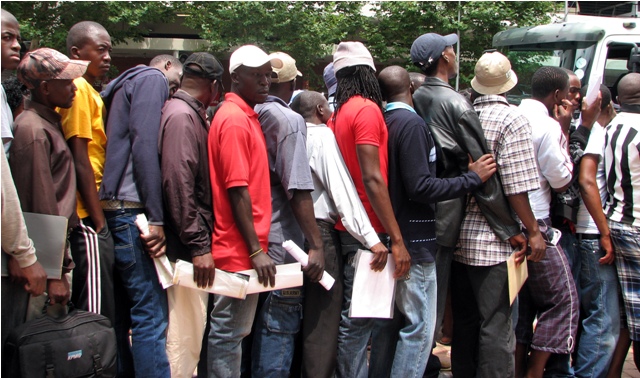 BASOTHO nationals illegally living in South Africa have been making frantic efforts to meet the fast-approaching 31 December 2016 deadline to apply for Lesotho Special Permits (LSP) to avoid looming deportations, amid indications that approximately 180 000 people have applied at different centres that were set up to receive applications.

The LSP, which was first announced in January 2016, is aimed at enabling the estimated 400 000 Basotho residents in South Africa to legally reside, work and study in that country.

The initial application process for the four-year permits began in March 2016 and was due to end in June 2016. There have been two extensions since then, culminating in the final extension to 31 December 2016.

A fortnight ago, South African Home Affairs Director-General Mkuseni Apleni visited the Maputsoe and Maseru border posts where he announced that there would be no further extensions beyond this grace period and Basotho living in South Africa illegally would be deported.

“From January 1 next year, all those who have paid but have not completed the application process by the end of March will face deportation and this goes for those who did not make any attempt to regularise their stay in South Africa,” Mr Apleni said.

“We have the names of those who have filled the forms but have not completed the process. Their names will be referred to the ports of entry for listing. The amnesty and the moratorium not to deport them will be lifted on March 31.”

According to the latest information from the South African government’s consultants, VFS Global, 179 452 applications for the LSP have been received and 85 276 payments have been made.

VFS also said 43 034 Basotho had since received their LSP.

And although the figure of applicants is still below half of the estimated Basotho population in South Africa, the numbers are likely to rise substantially as thousands of people appear to have responded to calls to apply as evidenced by the long queues of prospective applicants at different centres.

National Identity and Civil Registry (NICR) Director, Tumelo Raboloetse this week told the Lesotho Times many people had taken advantage of the festive season to apply on entry at the border posts.

While commending the increased applications, Mr Raboloetse however noted challenges where some prospective applicants failed to produce all the required documentation.

He said some people did not have the required documents to prove that they were indeed parents of children in their company. He said they had found out that some Basotho had given birth to children using false South African identities and as a result they had different identities from their children, a situation which required careful scrutiny to prevent cases of human trafficking.

Meanwhile, Basotho have applauded the South African government for the LSPs, saying this will enable them to live and work freely.

One of the applicants, Keketso Adoro, a factory worker in the Mpumalanga province said the LSP would also grant them eligibility for benefits such as opening South African Bank accounts and accessing the Unemployment Insurance Fund (UIF).

“We were always afraid whenever there were rumours that the police were coming to arrest and deport us,” Mr Adoro said, adding, they would now be able to join workers’ unions that would assist them in the event of disputes with their employers.