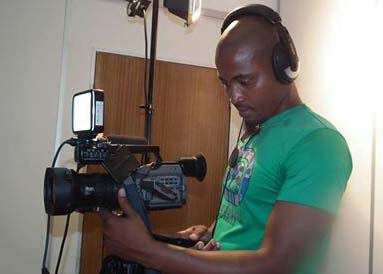 LOCAL film production company, Leswood, has released snippets of a life-inspired drama meant to teach and create awareness of the repercussions of keeping secrets.

Lekunutu, meaning a secret, was shot in February up to June this year. In the film, a girl, Palesa, walks into her mother’s office and discovers she has been having a secret affair with one of her male colleagues. On the other hand, Vusi, Palesa’s supposed father for 20 years, discovers she is not his biological child. He takes the news badly and ends up abusing alcohol and sexually-abusing Palesa.

Leswood’s Teboho Likompisi said the film’s storyline is encapsulated in the tagline “every family has a skeleton in its closet” and highlights the consequences of keeping secrets and the detrimental effects to the concerned parties.

“Families, especially parents, tend to keep secrets from each other and their children,” Likompisi said in an interview with the Weekender this week.

“When the secrets eventually come out of the closet, they birth bitterness that destroys the whole family.”

Leswood’s goal, Likompisi said, is to bring to people’s attention those burning issues tearing families apart yet never fully addressed or dealt with in a manner that will bring about remedies.

Their films addresse subjects that affect Basotho in their everyday life and packaged in an edu-tainment format.

“We tell those untold stories that paralyse families in the form of film as people easily relate to mediums that entertain, while also shining a light on their lives too,” he said.

“It is through Lekunutu that we are try to remind parents of the aftermath of secrets, and enlighten those not aware of the problems secrets can bring about.”

The film’s trailer has since been uploaded on You Tube for free viewership and according to Likompisi, the reception so far has been good with endless enquires on when the full movie will be available.

Lekunutu will be officially launched on 29 November in a red-carpet event.

“The reason we are having a red-carpet gala is to raise funds so we can compensate everybody that played a role in the production of the film,” added Likompisi.

“The ultimate intention is to make the local film industry one people can live from.”

Mothoana delighted to be back in action