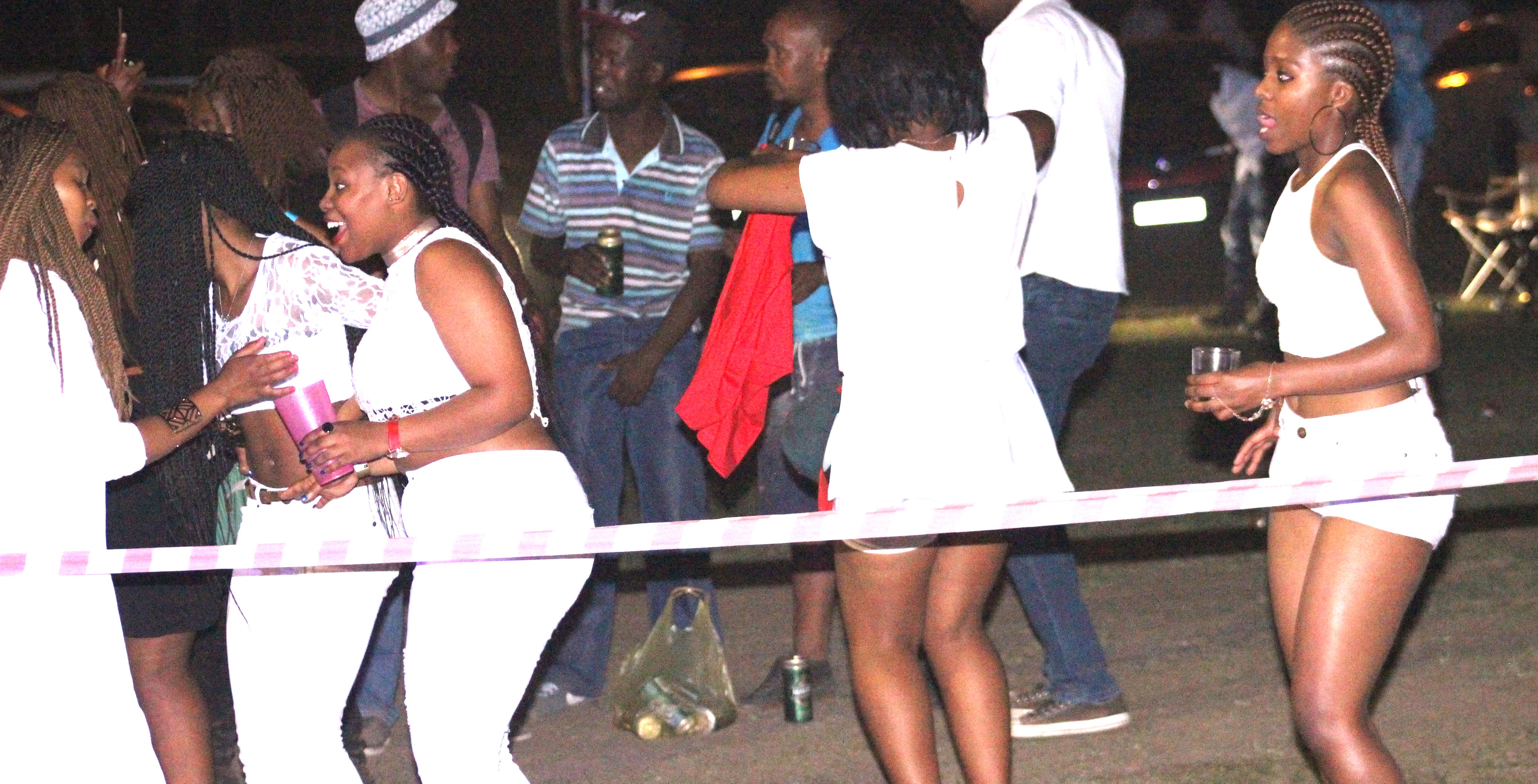 THE annual Spring Madness main event lived up to its billing on Saturday at Victoria Poolside, with local artists holding their own against a formidable contingent of South African and Botswana artists.

Speaking to the Weekender on the sidelines of the show, South African Motswako rapper, Khulane “Khuli Chana” Morule, said he had already committed to work with rapper Juvy after being enthralled by his performance at the Lesotho Planned Parenthood Association’s beauty pageant on 17 October 2015. The Mahamba Yetwa star said he had also enjoyed the performances of L-Tore and Nirex during the Spring Madness.

“We are yet to finalise the modalities of the collaboration with Juvy, and hopefully by next week we will start working on the project,” said Khuli Chana.

“I also took note of the performances by L-Tore and Nirex. Their delivery and stage presence are some of the things that caught my attention and I would definitely also want to work with them.

“I had a great time today and the reception was awesome which is one of the reasons I consider Lesotho my second home.”

Botswana’s Zeus also sang from the same hymn sheet, saying Lesotho was endowed with many talented artists “who always keep their content unique and original”.

“This is my third time in Lesotho, and I have always felt appreciated by the audience. I had the best time ever today, and hopefully I will come back more often,” he said.

“I saw a lot of talent being showcased with a unique Sesotho originality different from the music of other countries. I will start working on my new project in two weeks’ time, and it is my intention to work with artists from Lesotho.”

Zeus said he had already exchanged contact details with local rapper, OG S’killz to discuss working together on the upcoming project. On his part, OG S’Killz told the Weekender he was looking forward to working with the That’s Whasup hit maker since it would be an opportunity to spread his musical tentacles beyond Lesotho’s borders.

Meanwhile, rapper Duncan, who shot to fame last year with his remix of the classic Kwaito song Tsiki Tsiki by Mdu Masilela, said he was spoilt for choice in terms potential collaborations.

“I want to work with any artist who is willing to work with me. I was humbled by the passion and dedication the local artists showed on stage and it would be great to work them at the Afrotainment studios in Durban. The sooner we start working, the better,” he said.

Mosito back in court for tax evasion

Uproar as Cool Catz in no show