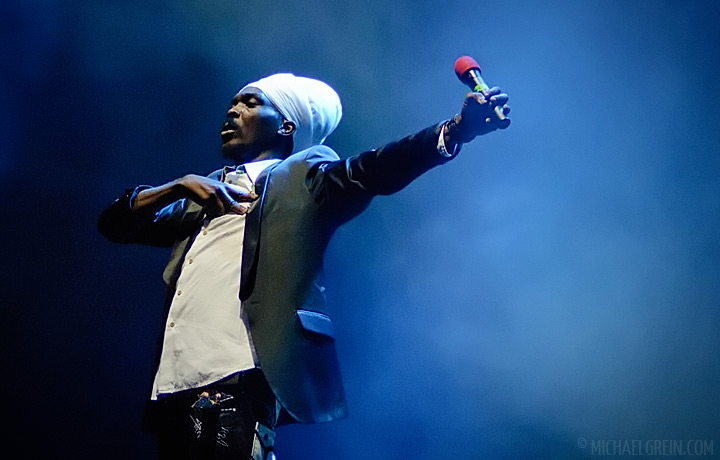 SELEKTAH Che of Ragga Vybz Sound System, Don Royal and Selekta Tesfa of Shutta Kulca are set to share the stage with popular Jamaican DJ Anthony B on 11 December 2015 in Rustenburg, South Africa.

The “Exclusive Welcome Party of Anthony B” is scheduled for Club Silk and would be the first show of the muso’s whistle-stop tour of the neighbouring country. Anthony B was born Keith Blair in Clarks Town, Jamaica 39-years ago and is a devout member of the Rastafari movement. He is known for such songs as Nah Vote Again, Seven Seals and More Love whose underlying message is peace and respect for others.

Selektah Che told the Weekender this week that they managed to land the gig because of their cordial relationship with the organisers, Powertainment Productions.

“Anthony B is coming to South Africa under the umbrella of Lioness Productions SA, who are working with Powertainment Productions in organizing the show in Rustenburg,” he said.

“Powertainment is owned by some Leribe-born guys who are now based in Rustenburg. We worked together in the third edition of the Dancehall Summa Mashup held last Saturday.”

He said their efforts to create synergies with other reggae crews were finally bearing fruit as evidenced by their inclusion in the high profile show.

“Our mission has always been to build bridges with other crews to raise the profile of the Lesotho ragga scene,” said Selekta Che.

“This year has been good for Ragga Vybz since we hosted Jamaican star Sizzla and now we will be sharing the stage with Anthony B. We are looking forward to what’s in store for next year.”