LMPS going all out to regain lost glory 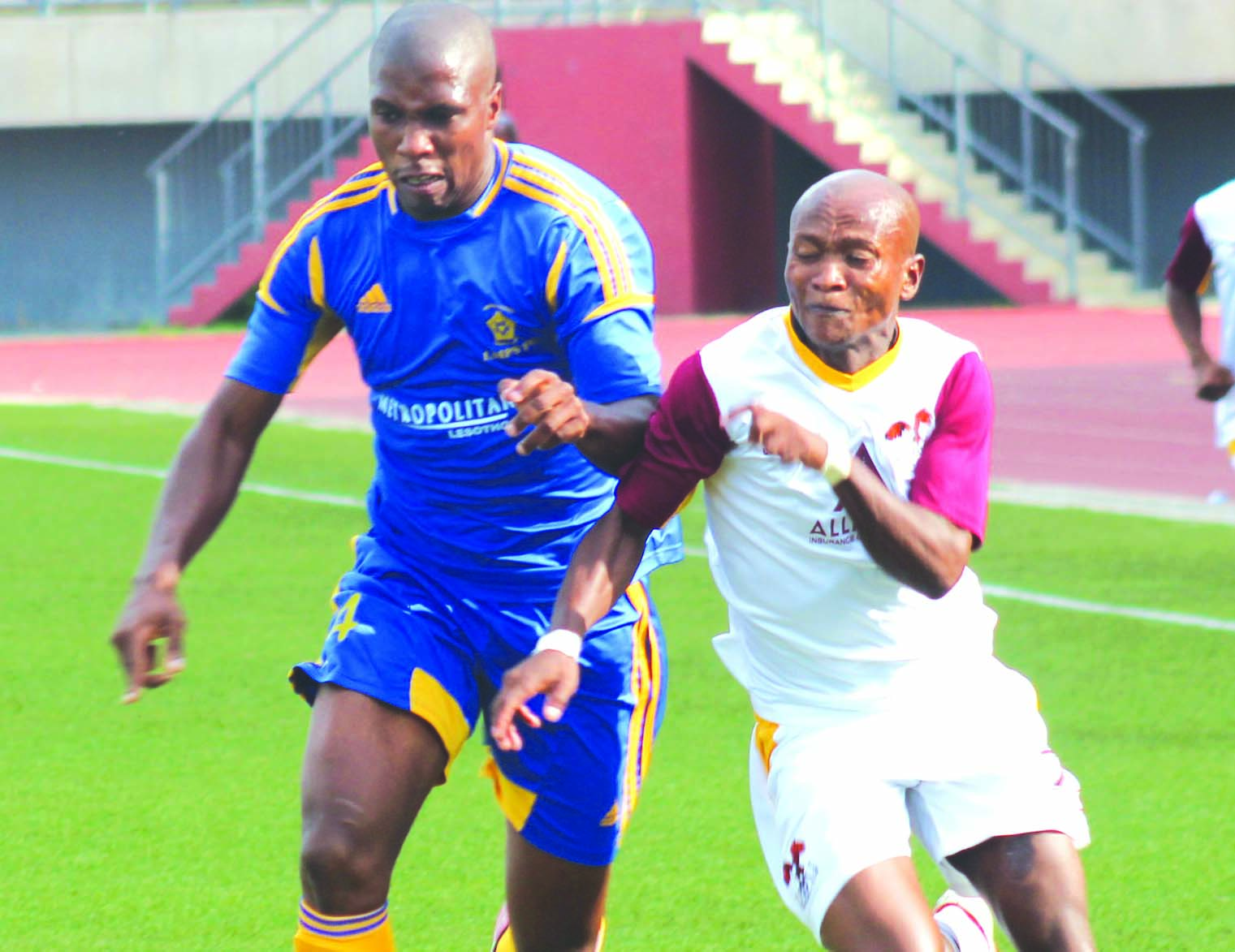 After the course, the trio should be joining LMPS FC just like Tšepo Seturumane did when he left Lioli for Simunye at the start of the current season following the conclusion of his six-month stay at Police Training College.

It is clear LMPS want to be a side to reckon with once again because the four players are among the country’s best and would certainly make a dream combination.

Joining the police is an opportunity these players cannot turn down as they make very little from football and we all need to pay the bills at the end of the day.

Well, one can only give the LMPS management credit for coming up with such a brilliant strategy to improve their team, which has struggled to match big guns such as Bantu and Lioli, in recent years.

Of course, offering these players jobs does not automatically make them LMPS players as they still have to be released by their clubs.

However, one thing is certain—the days when LMPS were one of those teams playing to finish among the best eight are soon going to be over.

It might take them time to build a formidable side, but what can’t be in doubt is Simunye would soon reap the rewards of employing these top footballers.

Neutrals can only be happy for the players that at least they will have something better to take home at the end of the month.

Some of these lads are already married and just like any of us, have to take care of their families, hence the wisdom of getting permanent employment in a stable organisation such as the police.

Lerotholi, the longtime Matlama skipper, has served Tse Putsoa with all his heart and soul and the least the club can do is wish him the best of luck and allow him to leave when the time comes.

I am also happy for Marabe, who was the premier league’s top goal-scorer last season. Unfortunately, his attempts to sign with a top, foreign club have failed over the years, with stints in Botswana and South Africa, ending in heartbreak.

All I am saying is Marabe showed a big heart to overcome a painful journey while in South Africa—his last foreign expedition which saw him being sidelined the entire 2013/14 season after failing to secure a work permit—to bounce back in such spectacular fashion.

Honestly, I would have been happier to see these players making big moves to Europe and earning huge salaries, but at the end of the day, half a loaf is better than nothing.

This is a young man who showed so much potential last season and there is no doubt he is destined for a great soccer career, and LMPS FC would benefit from his presence.

As for Lerotholi and Marabe, their joining the police is also a big blow to the national team as they had to withdraw from the side that played the Comoros on Tuesday this week.

Coach Seephephe Matete was forced to make last-minute changes to the team because the two players had to go to PTC.

Lerotholi had become an important member of the national team, and played almost every game since 2011. The defensive stalwart had also been named captain following Moitheri Ntobo’s retirement last year, so his absence, although for just six months, is going to be felt by the national side.