Liqhobong realises US$9 million from sales 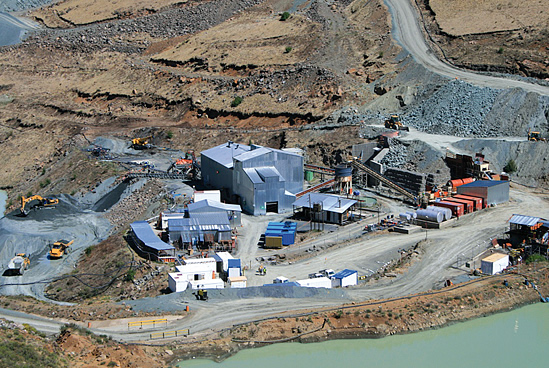 FIRESTONE Diamonds, the majority shareholder in the Liqhobong Diamond Mine, realised US$9.4 million from its first diamond sales of 2018, the company has said.

In a recent statement on its performance since the start of commercial production in July 2017, the company said it had sold 114 887 carats at an average value of US$82 per carat and realised proceeds of US$9.4 million.

The sales were conducted in February but the company did not say where this was done.

The company also revealed that it began this year with a cash balance of US$29.7 million.  It had processed 1.9 million tonnes of ore in the six months of operations up to 31 December 2017.

This puts the company on course to surpass its target of processing 3.6 million tonnes per annum.

“In our first six months of full scale production at Liqhobong, processing rates were above expectations while costs continued to remain below our targeted levels,” Firestone Chief Executive Officer, Stuart Brown, said.

“The company entered the second half of the financial year (January to July 2018) on a strong financial footing, having raised US$25 million at the end of the period while also proposing revised terms on its credit facility as it embarks on its revised mining plan.

“With the strong retail season and the conservative sales volumes from all the major producers towards the end of 2017, we have seen a very encouraging start to 2018 for the rough market, with our first sale of the calendar year realising an average value of US$82 per carat,” Mr Brown added.

In addition, the company reported that there was “zero lost time” from injuries to employees in more than 5.3 million man-hours of work at the Liqhobong Mine.

Firestone is a United Kingdom-based company, which trades on London’s Alternative Investment Market (AIM). It has 75 percent shares in the Liqhobong Mine and the remaining 25 percent stake is held by the government.

Firestone began full scale commercial production at Liqhobong on 1 July 2017 and has so far recovered 379 716 carats of diamonds including the 134-carat light yellow gem which is its largest find to date.

The gem was recovered in October 2017.

“Let’s not shy away from debating succession”

CBL governor warns consumers to brace for tough times ahead