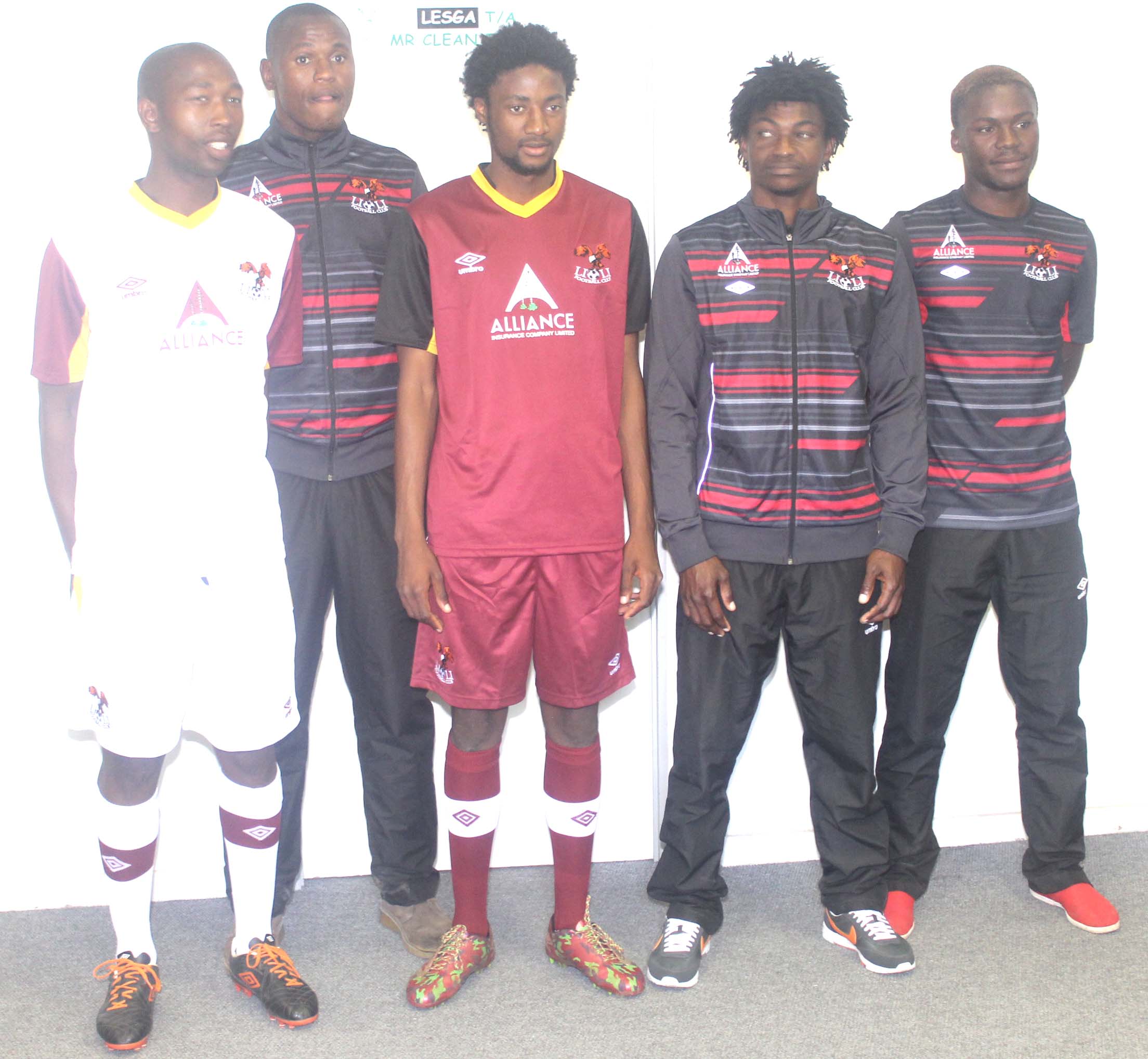 Lioli Football Club this week launched their kit for the 2014/15 Premier League season.

Speaking at the unveiling ceremony held in Maseru on Tuesday, club president, Lebohang Thotanyana said the kit was part of a two-year deal Lioli recently signed with Umbro South Africa.

“We have signed a two-year contract with Umbro South Africa and we will be working with them as our technical sponsors after we decided not to renew our deal with Basutoland Ink, who were our kit-suppliers for the past two years.

“This is our second time to associate with Umbro as we also worked with them four years ago. As team management, we decided to partner with Umbro again, and have since signed a two-year contract  with them, with an option of extending the deal by a further two years. It was a business decision that we believed was good for the club,” he said.

Thotanyana further noted the sponsorship was the result of good relations between Lioli and Alliance Insurance Company, who are the team’s main sponsors.

“This is one of the good results of our partnership with Alliance Insurance Company, which has been going on for the past four years.”

Meanwhile, Thotanyana also announced Lioli would be using Setsoto Stadium as their home ground until the renovation of their Teyateyaneng (TY) facility is complete.

The Lioli ground was one of six local stadiums selected to benefit from a Council of Southern African Football Associations (Cosafa) initiative aimed at developing football in the country.

“We have had talks with the Ministry of Sports regarding our stadium which has been under construction since last year as part of the Cosafa legacy. We have reached an agreement with the ministry for Lioli to use Setsoto Stadium until the refurbishment of our facility is complete.