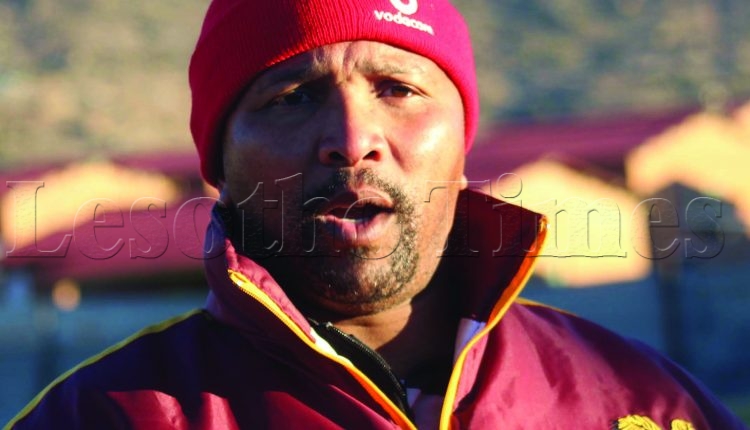 LIOLI has reunited with former gaffer, Mosholi Mokhothu, who signed a two-year contract with the team on Monday.

Shoes, as Mokhothu is affectionately known in football circles, left Tse Nala in 2018.

At the beginning of the 2019/20 season, he was then appointed Manonyane coach and managed to help the team gain promotion from A Division into the premier league.

It has earlier been reported that the former LCS coach was unhappy at Manonyane and last week he parted ways with the side.

Mokhothu is by far the most successful local coach in the domestic league having won two league titles with LCS and three with Lioli.

Mokhothu’s appointment means that Vuyisane Mangaliso, who was holding fort as interim coach, will now vacate the position and head back home in South Africa.

Lioli general manager Hlalele Matobako confirmed the Mokhothu’s appointment this week saying the coach would commence his duties next month.

“He has signed a two-year contract and he is expected to begin his duties on 1 April 2021,” Matobako said.

“It is a tricky situation though because we are saying he has signed for two years but we are still not certain on the future of football given the on-going Covid-19 lockdowns.”

Matobako said Mokhothu is expected to win at least one cup this season.

“It’s still early in the season, we have only played three matches so far but we believe that if things return to normal, he can still win at least one cup or the league title.”

Mokhothu will be working with former technical advisor Molefi Mokhele as his assistant.

Asked how Mokhothu is expected to work without a B Licence Coaching certificate which is requisite in the Vodacom Premier League, Matobako said they were working to resolve the matter. He however could not be drawn to explaining how they would overcome the hurdle.

“We are working on a solution but as for now, he is our head coach,” Matobako said.