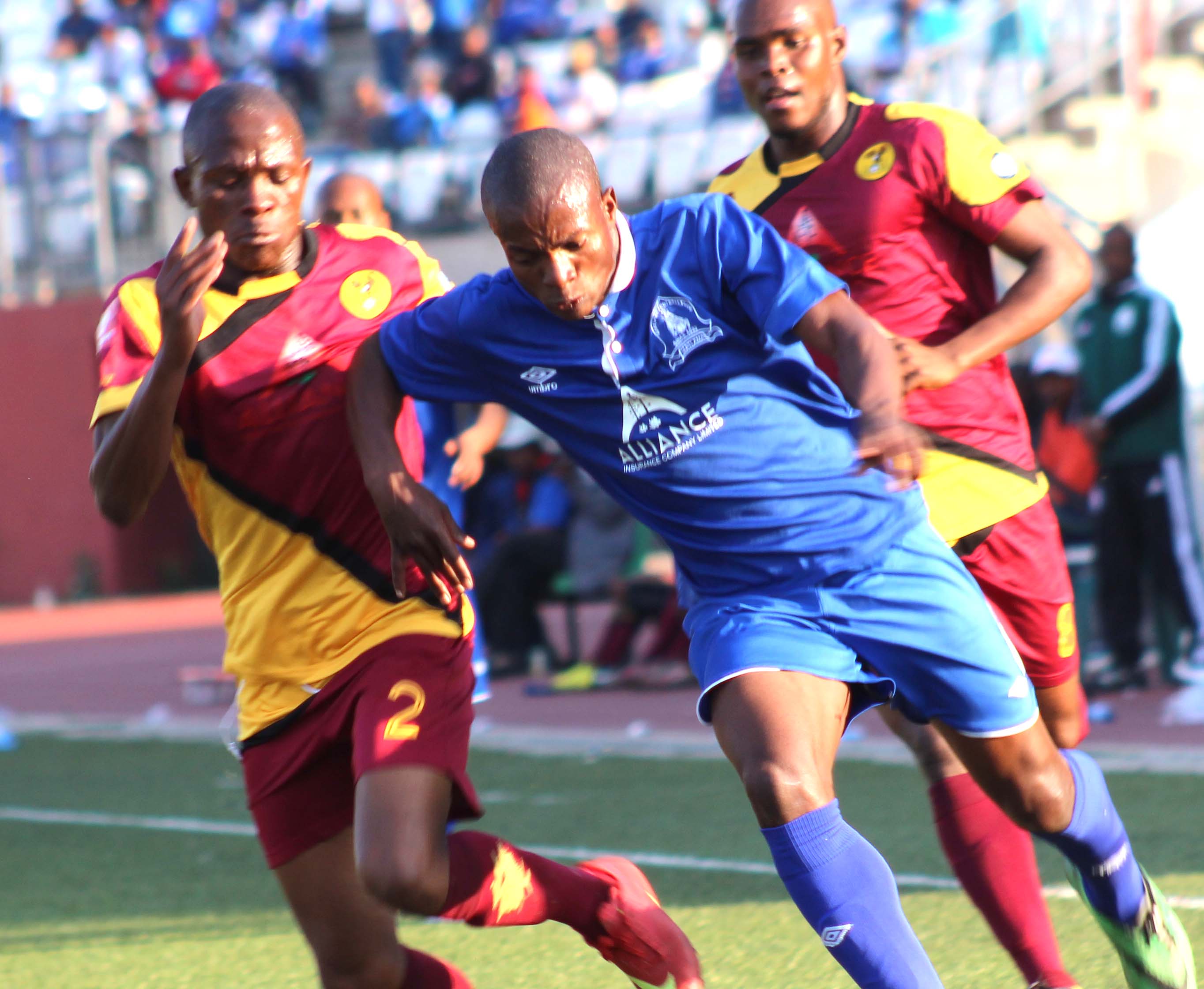 Tse Nala who are playing catch up after their ill-fated CAF Champions League campaign are now second with 41 points after 18 games and still have a game in hand over Bantu.

Jerry Kamela scored the goal that separated Lioli and Kick4Life.

The defeat means the latter are now five points behind Bantu, albeit with a game in hand.

They occupy third position with 38 points after succumbing to their first loss of the year.

Meanwhile Bantu clung onto pole position courtesy of a 1-0 win over LDF.

Mokone Marabe scored late at Maputsoe DIFA Ground on Saturday to keep A Matšo Matebele at the summit of the table with 43 points from 19 games.

In other matches on Sunday, LMPS beat Liphakoe 2-0 at PTC Ground.

Goals from Raboama Koloti and Basia Makepe condemned the Mafeteng outfit to their second defeat in as many matches after they lost 1-0 to Lioli in midweek.

The police outfit are sixth with 30 points from 19 games.

Linare ended their winless streak with a 3-1 victory over relegation-bound Butha Buthe Warriors.

The last match on Sunday pitted Sky Battalion against Likhopo who played out a one-all draw at LCS Ground.

The result gave Likhopo hope of avoiding relegation as they now sit a point below Rovers.

On Saturday, the country’s most successful side Matlama returned to winning ways with a 4-2 demolition of Sandawana.

Jane Thaba-Ntšo netted a hat trick and Mabuti Potloane added another as Tse Putsoa made light work of Sandawana whose Spanish Antonio Jesus Flores is still searching for his first victory since taking over the reins last month.

LCS beat struggling Rovers 2-0 in Machabeng Ground in Roma to bounce back from a midweek defeat to LDF.

Makara Ntaitsane and Seperiti Malefane scored for the correctional service side who retained fourth position with 34 points.

Half a loaf is better than none