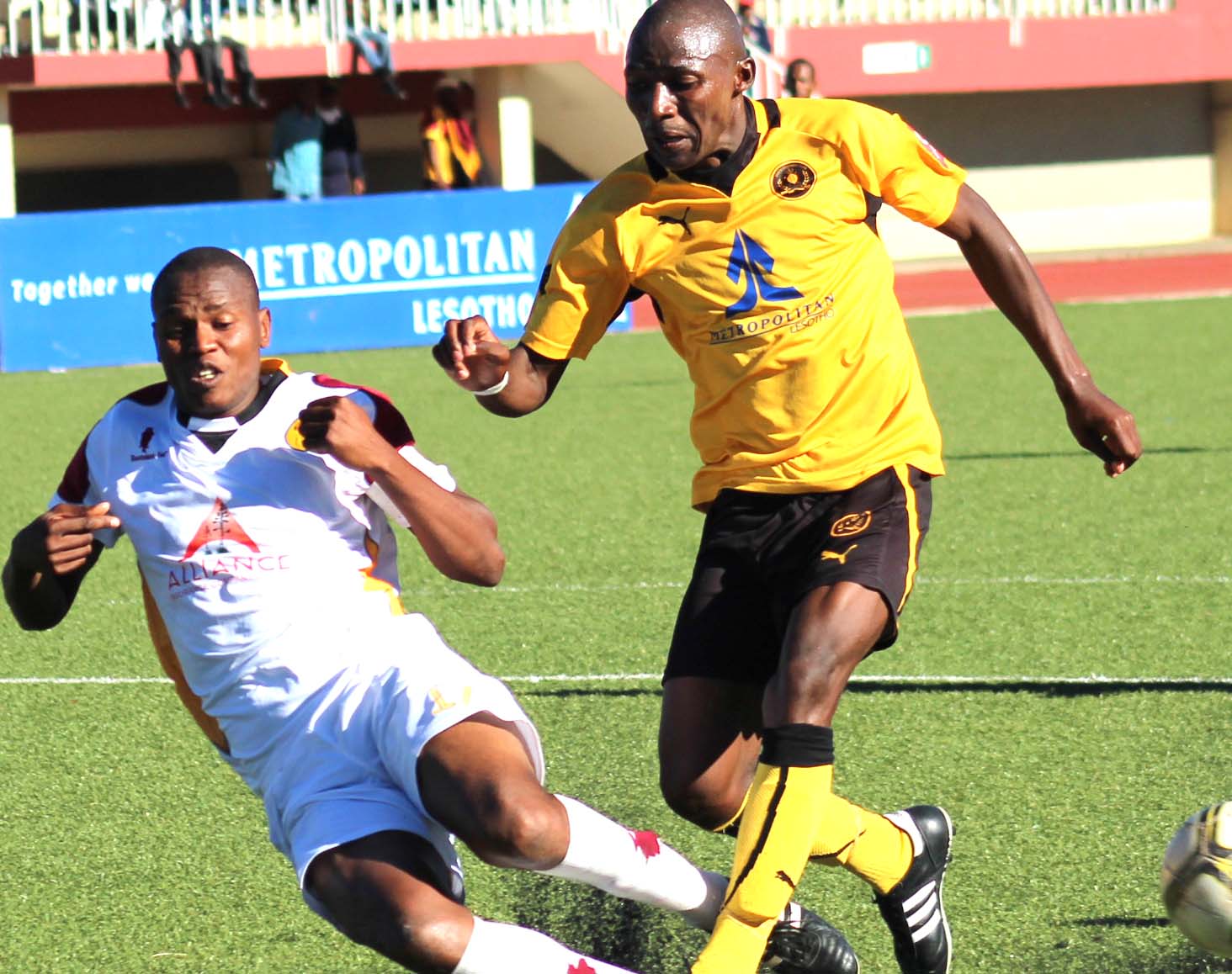 Vodacom Premier League action is back in full swing with Bantu battling Lioli on Sunday at Setsoto and Likila United hosting Matlama on the same day in the pick of the weekend matches.

Saturday also sees Sundawana entertaining Linare in Butha-Buthe and Kick4Life facing LMPS at Old Europa Ground. On Sunday, in addition to the Likila United/ Matlama clash in Butha-Buthe, Liphakoe face Likhopo in Quthing, Mphatlalatsane slug-it-out with LCS in Maputsoe and Rovers receive LDF at the National University of Lesotho (NUL).

Lioli coach, Mosholu ‘Shoes’ Mokhothu, on Tuesday told the Lesotho Times he was a worried  man heading into the weekend’s big match as his players did not train together for close to one month because of their involvement with the national team.

Tse Nala were last in action on 2 October when they defeated Mphatlatsane 2-0 at Setsoto, but remain top of the 14-team premiership table with 16 points from six matches. Bantu, on the other hand, lie 10th on the table with eight points from six games and are desperate for victory to remain in contention for their second premier league title after winning the coveted silverware for the first time in 2013/14.

“The break really affected us due to the number of players we had in the national side,” Mokhothu said.

“Other clubs might have benefitted from the break by getting their houses in order, but for us, we were enjoying an unbeaten run and have to start all over again.”

Mokhothu also said some of his key players were injured while on national duty and might not be fully fit to face their bitter rivals this weekend.

“It’s an important match, also bearing in mind that next weekend, we begin  defending our top-four title,” said Mokhothu.

“But this is football; there is nothing we can do about it. We just have to soldier on and go all out to win the match.

“Games against Bantu are always difficult and a win will help us go into next weekend’s independence tournament highly motivated.”

On his part, Bantu caretaker coach, Caswell Moru, said the break could not have come at a better time for the tottering Mafeteng-based giants.

“We really needed the break to get things right after a difficult start to the season, so for us, it was a big advantage as we played some friendly matches to work on our combinations.

“I believe people will see a big improvement when we play Lioli at the weekend,”  Moru said.

Meanwhile, resurgent Sundawana host Linare in Butha-Buthe still mourning the death of two of their players—defenders Lebohang Matamane and Libe Maphothomane, who were laid to rest last Saturday.

Linare public relations officer, Refiloe Makhobotlane, told the Lesotho Times: “It’s a difficult time for us but we will do our best to overcome the pain of losing two of our players and deliver a positive result since our start to the season was not that good.

“The players are having sessions with a psychologist this week and hopefully, this will help them cope with the loss of their two colleagues.

“We have not done well against these smaller teams, while we managed to get results against bigger sides, so the challenge is to work on the inconsistency and give every match the respect it deserves,” he said.