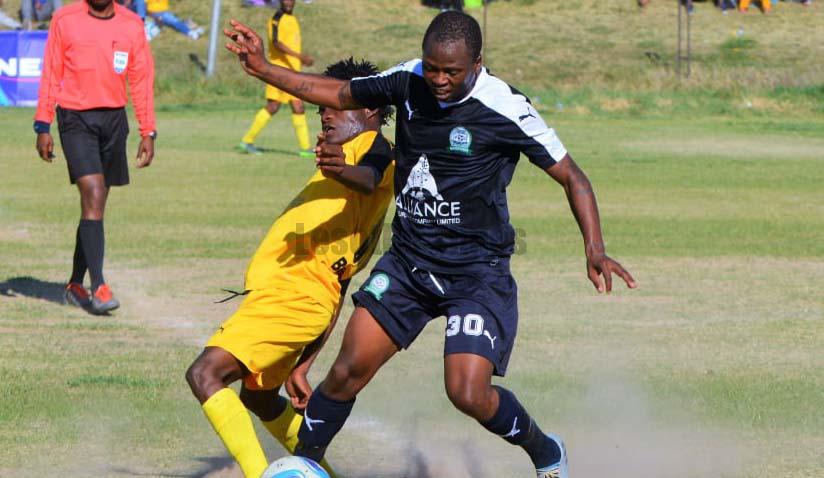 LIOLI returned to winning ways to hand LMPS their first defeat of the 2018/19 season edging them 1-0 at PTC Ground on Sunday.

Midfielder Motlalepula Mofolo’s score helped the Teyateyaneng outfit get their campaign back on track after they were stunned 2-0 by Majantja on Independence Day.

Kick4Life also lost for the first time this season being edged 1-0 by Liphakoe on Sunday. Letuka Mokhochane’s goal sank Bob Mafoso’ side as the Quthing outfit clinched its third victory in five matches.

Liphakoe are sixth on the log with nine points while Kick4Life have been relegated to ninth on the standings.

Bantu also edged LCS 1-0, the first loss for the correctional service side this season. Lehlohonolo Fothoane scored the only goal of the match.

The Econet Premier League defending champions, Bantu, look to have recovered from their slow start to the campaign and now have two victories after five games but still sit in an unfamiliar eighth on the log.

Elsewhere on Sunday, Mojela Letsie’s late goal handed LDF a 1-0 win over Sefotha-fotha at Ratjomose Barracks Ground. The victory for the army side saw them move to fourth on the table and with 10 points from their opening five games.

Linare also beat Majantja 2-0 at Maputsoe DIFA Ground on Sunday. The Mohale’s Hoek outfit came into the match high on confidence having beaten Lioli 2-0 on Thursday but were humbled by a brace from Junior Maba.

Tse Tala are seventh on the log while Majantja sit third from the bottom of the table.

Likhopo, who also had a difficult start to the 2018/19 season their losing four opening matches, grinded their first point on Sunday playing to a goalless draw against returnees, Swallows.

The Halemakale Mahlaha’s side are at the bottom of the table with just a point after five games while Swallows are tenth with six points.

New boys Galaxy also got their first point in the new campaign as they frustrated Matlama with a goalless draw at Setsoto Stadium.

High flying, Tse Putsoa on top of the table with 11 points have three victories from their five games and have been rampant in the games played so far but could not find their way against the Galaxy side that had lost their previous four games.

The Hlotse outfit is also coached by former Tse Putsoa players, Thabang Busa and Lehlohonolo Mokhele who are coach and assistant respectively.