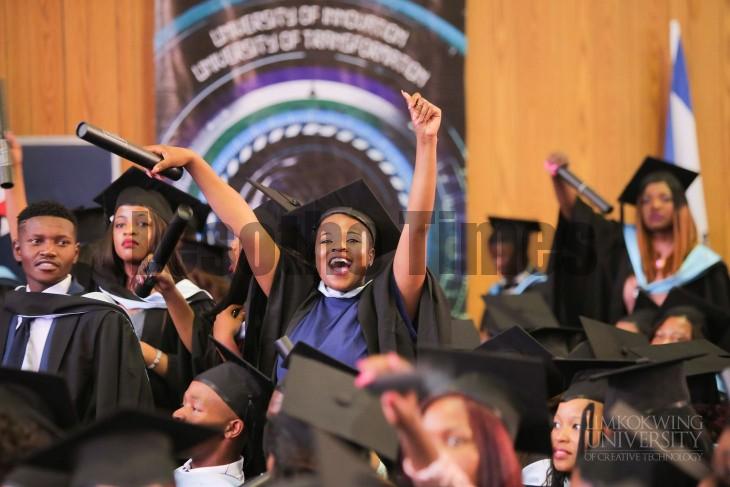 LIMKOKWING University of Creative Technology (LUCT) has reduced its tuition fees by as much 30 percent for students who are not sponsored by the National Manpower Development Secretariat (NMDS).

The new fees structure was revealed by LUCT’s Leap and Internship Manager Lebesa Nkune in an interview with the Lesotho Times this week.

Mr Nkune said the university had come up with the scheme after realising that the country would continue to face extreme unemployment and challenges of building a skilled workforce if deserving but disadvantaged students were not assisted to complete their education.

“The LUCT is introducing a discounted rate for students who have not been awarded scholarships from any of the known sources in Lesotho including the NMDS,” Mr Nkune said.

“We realised that some parents can’t afford the university fees which are very high and we decided to come up with this solution of at least reducing the fees by 30 percent,” Mr Nkune said.

“We felt that students cannot stay at home with their good results so we decided to do something to ensure that their dreams are fulfilled. The students’ dreams shouldn’t be compromised because of poverty. They deserve education just like those who got sponsored.”

He said that parents could also pay fees in monthly instalments to ease the financial burden. However, those who made monthly payments would not receive any discounts.

Mr Nkune said that in coming up with the incentives, Limkokwing was playing its part in assisting the country to meet its human resource needs.

“It is increasingly becoming a huge challenge for the government to continue sponsoring students.

“Limkokwing has therefore modeled a better way of partnering with parents and guardians to increase access to education in Lesotho. This initiative is aimed at assisting Basotho to develop the skills needed for the development of the country.

“As a university of the people, we believe that this is perhaps the only way of breaking barriers and bringing change to the people of this country by partnering and supporting each other to the finish line,” Mr Nkune said.