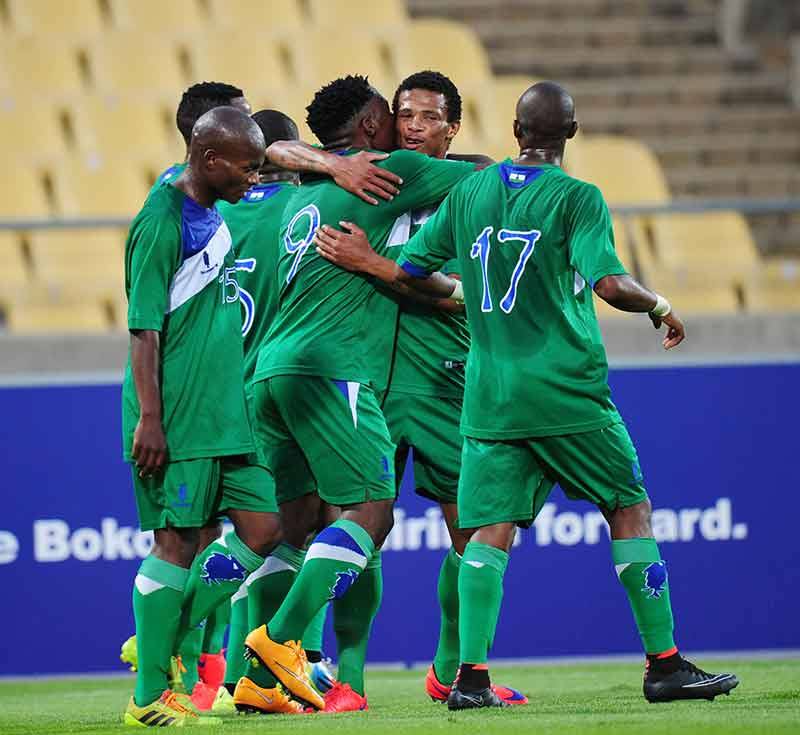 THE senior national team this week reported for a two-week camp in preparation for the upcoming COSAFA Cup to be staged in Port Elizabeth, South Africa next month.

Thabo Senong’s charges will face eSwatini, Botswana and hosts South Africa in group A. The winners of the group will advance to the semifinals along with the overall best runners-up.

Senong has been charged to reach the finals of the tournament to save his job but the former Amajita coach said he was concentrating on helping players develop.

“Every coach aims to win but it will not be easy,” Senong said.

“We have brought in some new faces because we believe in giving young players a chance. My focus is helping them to develop into better players for Likuena tomorrow.

“COSAFA is a developmental tournament and we do not want to put our players under any pressure, we just want to let them express themselves and enjoy the game. My task will be guiding and giving them support without pressurising them.

“Nobody knows which team are going to qualify for the semifinals and finals. Nobody knows who will win in our group but we are just build a team spirit and work hard with discipline because I think those are the key factors which can help us succeed. We should take one game at a time and see if we can collect enough points to win the group because at the knock out stages, anything can happen.”

“The camp normally takes a week but because we have brought in some new faces, we decided to take two weeks so that we can get ample time to work on combinations while ensuring the team gels. We will cutdown the squad to 20 on Sunday.

“We want to play one friendly five days before the tournament as that will give us time to assess the team and try to improve areas which would still be lacking behind. This is an opportunity for other players to cement their places in the team we are preparing for Africa Cup of Nations (AFCON) and World Cup qualifiers at a later stage.”

“The office of the secretary general (Mokhosi Mohapi) has been working on the logistics and we are still awaiting feedback from the teams. I know Khutlang and Sera are here at home as it is off-season but their teams must release them officially to join camp,” Senong said.