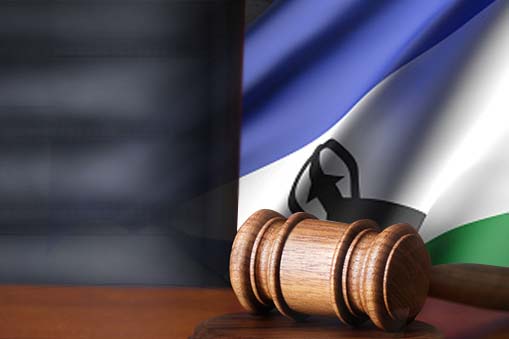 OUR beautiful Mountain Kingdom is one country which prides itself on following the Westminster model of parliamentary democracy and part of that package includes giving up power when the numbers no longer add up in parliament.

For all our talk about being a democracy, the part about giving up power has always been the hardest to follow.

When the-then Prime Minister Thomas Thabane prorogued parliament in 2014 to stave off a looming no confidence vote, it is highly unlikely that he ever envisaged a time when the roles would be reversed and he would be part of the opposition leading a spirited campaign to effect a change of government through the same no-confidence motion in 2017.

As we report elsewhere in this edition, the stakes are high as parliament reconvenes tomorrow after a lengthy break following its indefinite adjournment by National Assembly Speaker Ntlhoi Motsamai on 22 November, 2016. It was adjourned at a time when the opposition sought to move a ‘no confidence’ motion against Deputy Speaker Montsuoe Lethoba which was seen a dress rehearsal for the bigger no-confidence motion against the Prime Minister Pakalitha Mosisili-led seven party coalition government.

This week, the opposition comprising of the All Basotho Convention, Alliance for Democrats (AD), Basotho National Party (BNP) and Reformed Congress of Lesotho (RCL) parties vowed to press on with the no confidence motion.

We do not hold any brief for any side in this contest for political power and ours is to urge all the parties involved to play by the rules they agreed to abide by in adopting the Westminster model of democracy.

We cannot encourage cherry-picking of those parts politicians on any side prefer while ignoring those they find to be inconvenient. So if we are the parliamentary democracy that we say we are, then let the rules apply.

This is not rocket science: the rules are very clear that you rule when you have the numbers in parliament and you give up power when you lose those numbers.

So as parliament re-convenes, we urge the political players to allow the “hundred schools of thought to contend” peacefully in parliament and should the no confidence vote succeed then those in power should do the honourable thing and step down gracefully and peacefully.

We don’t think it necessary for fresh elections to be held which would certainly drain the already overburdened fiscus.

Apart from the expense, history has shown us that elections have never been the hoped for panacea to our political instability.

Coalition governments that are formed in the aftermath of elections have never had anything more than a fleeting two-year life-span before they collapse.

It was the case with the Dr Thabane-led administration and the same scenario is now playing out with the Dr Mosisili-led seven party coalition government.

What this therefore means is that in the event that the shoe is on the other foot and Dr Mosisili finds himself in the opposition, there are still no guarantees that he would remain long out in the cold as the current opposition could still unravel once it becomes the new government.

We have seen this happen and this could happen again.

And when such scenarios keep being played out with an alarming regularity, it surely stands to reason that holding elections every two years is a costly exercise in futility.

Rather, the game of numbers through no-confidence votes would be the better and more cost effective method of resolving governance issues.

Let us, therefore, be a parliamentary democracy in name and in practice.  To our political leaders, we say, if the shoe fits then by all means, wear it.

Rape suspect out on bail