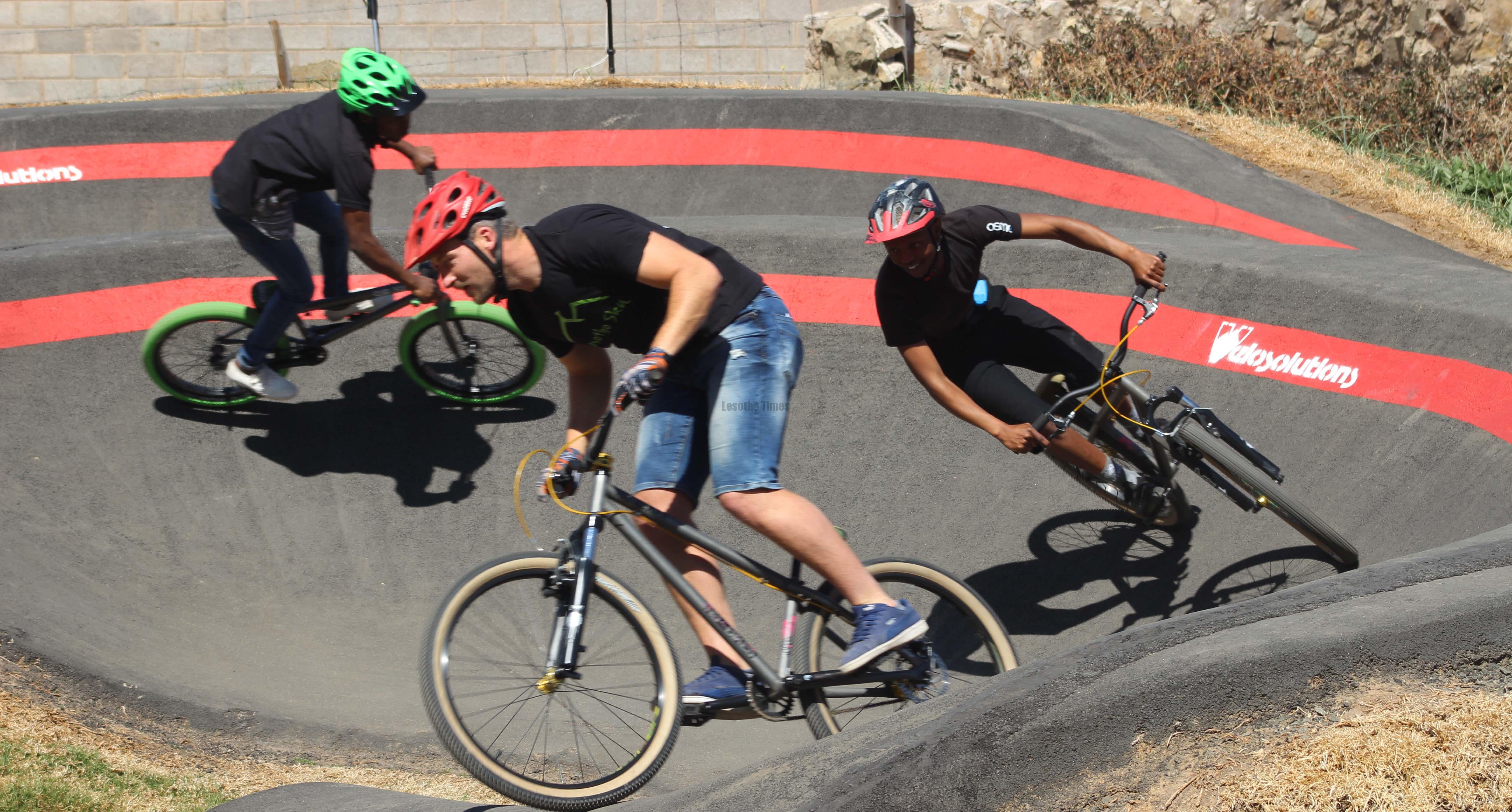 FRENCH nationals Allard Basil and Remy Bourdon are set to headline the eighth edition of the six-day Lesotho Sky Mountain Bike stage race which will run from Monday to Saturday between Roma and Malealea.

Organisers of the fete, Sky Events and Black Mix Lesotho said this at a press briefing in Roma this week.

Sky events director Christian Schmidt said Lesotho’s Nedbank XCM champion Phetetso Monese, who was last year’s runner up will this year partner with national champion Tumelo Makae who is also based at the World Cycling center in Switzerland under the Olympic Solidarity Scholarship for Tokyo 2020 Olympic Games.

Monese and Makae will be riding for Alliance Insurance Company while other Lesotho riders in the competition will be Malefetsane Lesofe and Katleho Manasi (Standard Lesotho Bank) and Likeleli Masitise as the only Mosotho female will be partnering Bakang Ebudilwe of Botswana.

The race will see 66 cyclists from 11 countries battling it out in the 369 kilometers race which will start in Roma to Metolong on the first day. The second day will see cyclists riding from Roma to Malealea.

The third day will be a Malealea loop followed by what is called Malealea Monster on the fourth day before the cyclists ride back to Roma on Friday. The last stage of the race will be a Roma loop on Saturday.

The winners in both the male and female category will share a collective M80 000.

“Everything is in place now for the race and this year we are expecting 66 cyclists from 11 countries,” Schmidt said.

“The routes have changed this year as we opted to come up with something different from what we have been doing in the past years hence we are not be going to Semonkong and the likes of Ramabanta,” Schmidt said.

He further said they have also moved from painting arrows on the rocks to mark the route to using GPRS.

“We had a challenge in previous editions where people would remove the direction markers we used to direct riders and some got lost on the way so we have upgraded to GPRS. That way it will not be easy for our riders to get lost.

“We have also been engaging the village chiefs in the areas where the race will take place to sensitise them about the importance of tourism in the country so that they throwing missiles at the riders.

“We have also engaged the Lesotho Mounted Police Service for the security of the cyclists on the routes,” he said.

Schmidt also thanked the sponsors whom he said have helped the race grow.

“I would like to thank all our sponsors who have been with us for this race since day one and those who are coming on board every year.

“This race is now recognised by the International Cycling Union (UCI) and riders can acquire points from it which will improve their rankings. The level of support from all the aspects have been amazing and we thank you all,” Schmidt said.

He also noted that the number of participants has also fallen from the previous 86 to 66 which he attributed to some of the riders opting for the three-day Kingdom Enduro which they hosted in March this year.

“We had another race earlier this year but did not make much noise about it because we were experimenting. Fortunately, it became a success so some of the riders who enjoy hard and technical riding have opted to join it instead of the Lesotho Sky.”

The number of female participants this year has also risen from eight to 11.

Back to school for goalkeeper’s coaches