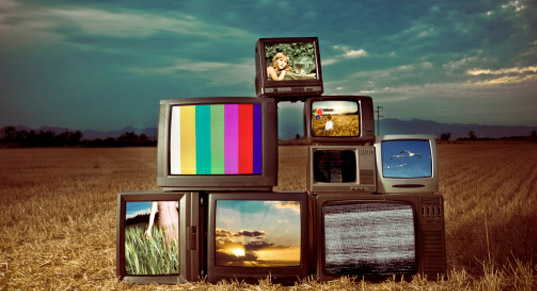 LESOTHO has missed yesterday’s deadline to convert its analogue broadcasting signal to digital with the switch likely to take place in November.

Communication, Science and Technology Minister Khotso Letsatsi told a press briefing on Monday that the delay could be extended further if South Africa, which is yet to get out of the starting blocks, fails to make the switch this year.

In 2006, Lesotho and other countries in Africa, Europe and the Middle East committed to meeting an International Telecommunication Union (ITU) deadline to switch over to digital terrestrial television (DTT) broadcasting on 17 June 2015. The ITU is a specialised agency tasked by the United Nations to focus on information and communication technologies.

Digital migration involves shifting broadcasters from analogue to digital signals, and the process is key for opening up more frequencies and faster mobile broadband services. The digital technology affords countries such as Lesotho, with a frequency spectrum for only one channel under analogue, to accommodate 20 television channels.

It also brings about better quality sound and pictures as well as catering for the hearing impaired through subtitles.

Consequences for countries that have missed the ITU digital migration deadline, Mr Letsatsi said, include having to deal with signal clashes between analogue and digital.

“One important provision of the 2006 ITU agreement is that any country can that remains on analogue television broadcasting technology beyond June 2015 will not be protected. However, countries should negotiate with each other,” he said.

Mr Letsatsi added that he held a meeting in May with his South African counterpart, Faith Muthambi, in which they agreed to “migrate harmoniously, or at the same time, to avoid interference”.

“Among other things, we discussed ways to enhance collaboration and cooperation of regulators in addressing matters of mutual interest on cross border frequency interference on terrestrial services,” the minister said.

“We also discussed sharing of plans with regard to the roadmap for the release and use of digital dividend and sharing of technical implementation and best practices.”

However, the ITU lists South Africa among nations that have failed to even start a digital migration process with the country’s switch likely to take 18 to 24 months. The risk of signal interference in South Africa is highest along the country’s borders. ITU data indicates that Tanzania, Mozambique and Malawi are the only African countries to have completed their digital migration processes

These countries have joined the likes of Western Europe, the US and Australia in achieving digital migration success, while the process is ongoing in Zimbabwe and Botswana.

In the case of Lesotho, Mr Letsatsi said the strides already taken would ensure the country is ready to fully migrate in November.

“We are proud to announce that the site at Berea Plateau in Maseru is ready to switch-on digital Television Transmitter on the 17th June, 2015,” he said, adding that a demonstration had been conducted for 30 minutes.

“The activities at the other sites are preceded by civil works on the sites that consist of clearing and cleaning of the site, preparation of foundations and installation of reinforcing steel for the mast and other concrete plinths (building, generator and satellite dish), casting of concrete, installation of palisade fencing as well as drainage and weed-control.”

Other towers that were still work in progress are Teyateyaneng, Ha Ponoane in Roma; Upper Moyeni in Quthing; Ratjomose in Maseru and Chafu in Leribe.

The minister said the digital broadcasting services would require television viewers to buy a “Set-Top-Box” decoder to convert the signal.

“There is no need to buy a new television set to receive digital broadcasting services, when you have a Set-Top-Box. The price of a Set-Top-Box is currently being negotiated. This box will offer all free-to-air channels at no cost,” said Mr Letsatsi.

“The Government of the Kingdom of Lesotho has decided and taken steps to establish a Set-Top-Box assembly plant in Maputsoe to produce Lesotho’s own Set-Top-Boxes.”