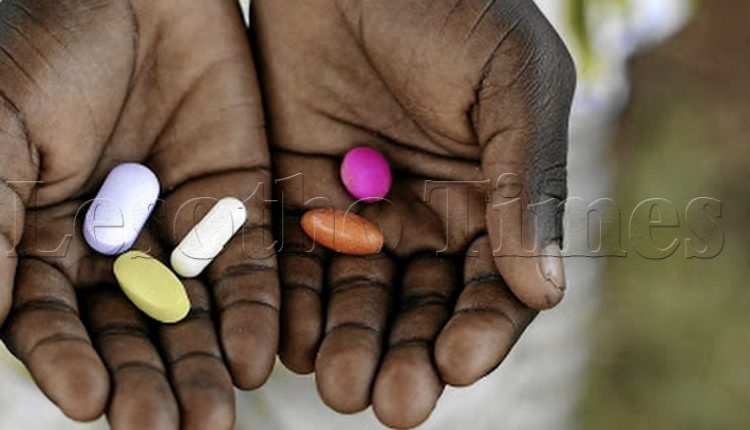 The survey provides evidence that Lesotho has achieved the first of the UNAIDS’ 90-90-90 targets and has exceeded the second and third 90 targets. These findings place the country on track to achieve the even more ambitious UNAIDS 95-95-95 targets by 2025.

The results were announced by Her Majesty Queen ‘Masenate Mohato Seeiso in Matsieng on Monday. She was joined by United States Ambassador to Lesotho, Rebecca Gonzales and Health minister Motlatsi Maqelepo at the event held at the Royal Residence.

LePHIA 2020 is a household-based national survey conducted between December 2019 and March 2020 to measure Lesotho’s national HIV response status. The survey was conducted across 9 665 households and included 16 468 participants aged 15 years and above. LePHIA 2020 is the second LePHIA survey; the first was completed in 2017.

It offered HIV counselling and testing (with immediate return of results), HIV viral load testing, and collected information about HIV care and treatment services uptake. The results provide information on national and district-level progress towards key HIV targets and goals. Most importantly, preliminary LePHIA 2020 results show that Lesotho has substantially progressed toward controlling the HIV epidemic.

According to the study, Lesotho’s HIV prevalence stands at 23 percent (27 percent among females and 18 percent among males), which corresponds to approximately 324 000 adults living with HIV in the country.

“These targets were set to give countries a goal that would signal an end to the devastation brought on by HIV and AIDS. But to know the road ahead, we had to know where we stood. LePHIA is that roadmap. It helps us understand where we are today in fighting this terrible disease… the first LePHIA survey gave us so much hope. Since that time, the Lesotho PEPFAR programme has supported innovative ways to provide HIV testing to all, index testing, and now self-testing have helped Basotho to know their status.”

LePHIA 2020 was led by the government through the Ministry of Health and the Lesotho Bureau of Statistics, with funding from the U.S. President’s Emergency Plan for AIDS Relief (PEPFAR) and technical assistance through the U.S. Centres for Disease Control and Prevention (CDC).

The survey was implemented by ICAP at Columbia University in collaboration with public institutions, local civil society organizations, and development partners across Lesotho.

Through PEPFAR, the United States has invested nearly M7 billion maloti over the course of its partnership with the government in the fight to end the HIV and AIDS epidemic in Lesotho.

Meanwhile, His Majesty King Letsie III has lauded the country for meeting the UNAIDS’ 90-90-90 target towards achieving total control of HIV and AIDS.

His Majesty said this was a remarkable progress following years of hardships and he gives all thanks to the support of development partners.

He made the remarks during his World AIDS Day commemorations speech in Maseru on Tuesday. Worlds AIDS Day is commemorated on 1 December annually.

“It represents a much-needed source of encouragement and it constitutes a shining proverbial light at the end of a long and dark tunnel. It is evident that without the of our generous and loyal development partners we would surely be in dire straits,” His Majesty said.

He said 2020 was one of the most challenging years due to the Covid-19 pandemic that has dealt a body blow to the worldwide economy and claimed more than 1 million lives.

The number includes over 44 Basotho who have died while about 2000 have been infected with Covid-19 while at least 1000 have recovered.

“We commemorate World AIDS day at a time when we are confronted by another pandemic that has ravaged the world. We are all witnesses to the fact that the world economy has experienced tremendous shocks as a result of Covid-19. Lesotho being no exception has equally suffered under this novel pandemic. And we know of the many lives that have and continue to be tragically lost due to this pandemic.

“Covid-19 has invaded us while we are still battling the scourge of HIV and AIDS. As we commemorate this year’s World AIDS day, we remain alive to the challenges that still lay ahead in our quest to eradicate HIV and AIDS by 2030,” His Majesty said.