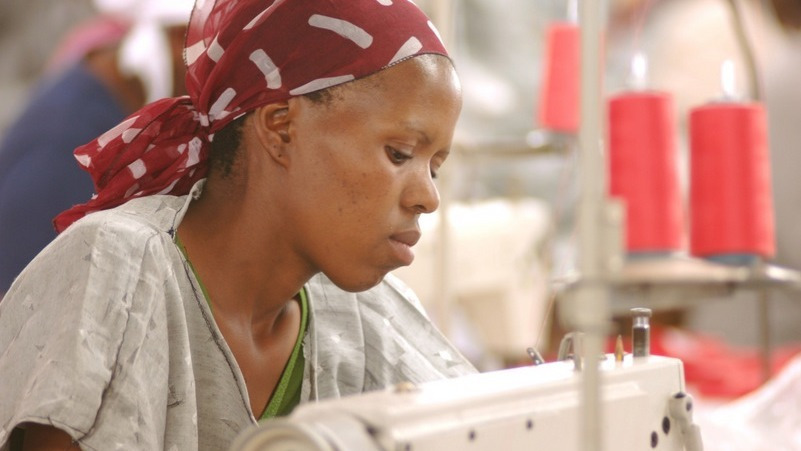 THE United States government says the “writing is on the wall” for Lesotho’s eligibility for the African Growth and Opportunity Act (AGOA) facility and a second compact grant under the Millennium Challenge Corporation (MCC) due to government’s failure to address issues of “impunity and the rule of law”.

In an exclusive interview with the Lesotho Times yesterday, US Assistant Secretary of State for African Affairs Linda Thomas-Greenfield said Lesotho fell short of numerous governance benchmarks for the renewal of trade preferences under AGOA and a second compact grant under the MCC.

AGOA gives duty-free and quota-free access to the US market to eligible Sub-Saharan African countries including Lesotho. The legislation, which was approved by the US Congress in May 2000 is meant to incentivise African countries to open their economies and build free markets.

It was renewed for another 10 years in June 2015 as the AGOA Extension & Enhancement Act and amended to allow the US to withdraw, suspend or limit benefits if designated AGOA countries do not comply with its eligibility criteria.

The law obligates the American president to designate countries eligible to benefit from the trade facility on an annual basis after undergoing a review process. Among the main eligibility criteria for the facility are a market-based economy, rule of law, systems to combat corruption, and not engaging in gross violations of internationally-recognised human rights.

The MCC was established by the US Congress in 2004 as an innovative foreign aid agency to help lead the fight against global poverty by working with select partner countries to identify requisite areas in need of funding support.

Before qualifying for funding, countries had to meet a number of conditions such as good governance, respect for the rule of law, control of corruption, civil liberties, and political rights among others.

Compacts are large, five-year grants for countries that pass its eligibility criteria. Lesotho received its first five-year MCC compact worth US$362.5 million in July 2007.

The $362.5 million Compact, among others, helped fund the construction of Metolong Dam, as well as the President’s Emergency Plan for AIDS Relief (PEPFAR) to mitigate the negative economic impact of poor maternal health, HIV/AIDS, tuberculosis and other diseases.

The Kingdom was expecting its second Compact this year after performing well in the first project, but on 16 December 2015, the MCC Board decided not to vote on the issue citing governance concerns, particularly after the killing of former Lesotho Defence Force (LDF) commander Maaparankoe Mahao.

Ambassador Thomas-Greenfield, who is the highest US government official to visit Lesotho under President Barack Obama’s administration, was in Lesotho for a two-day visit from Tuesday as part of a regional tour which also included Namibia and South Africa.

During her visit, Ambassador Thomas-Greenfield met Prime Minister Pakalitha Mosisili and other senior government officials. She also met with representatives of the opposition, the Mahao family, the diplomatic community, and prominent Basotho women.

She said her visit to Lesotho was two-pronged, with the first reason being to mark 50 years of bilateral partnership between the two countries and to raise concerns over the rule of law in in the Mountain Kingdom which had an effect on the country’s eligibility for AGOA and a second compact grant under the MCC.

“The first reason for my visit was to highlight the very strong partnership we have with the government and the people of Lesotho,” Ambassador Thomas-Greenfield said.

“Our partnership is built on many important programmes, including PEPFAR, Peace Corps, and exchange programmes like the Young African Leaders Initiative.”

Her other brief was to emphasize the Americans’ concerns over governance and rule of law “challenges”.

“I am also here, as a friend of Lesotho and the Basotho people, to emphasize our concerns over Lesotho’s continuing accountability and rule of law challenges.

“I came to engage in a very intense, private discussion with the government regarding our concerns about democracy, governance and the issues of impunity that led to the situation last year that brought SADC at the invitation of the government to address some of the issues.”

Prime Minister Pakalitha Mosisili asked SADC to help establish the circumstances surrounding the Lt-Gen Mahao’s killing on 25 June 2015 with the inquiry carrying out its investigations between 31 August and 23 October 2015.

The former military chief was resisting arrest for suspected mutiny when he was killed by his colleagues outside his Mokema farm, according to the LDF. However, the Mahao family and SADC inquiry have disputed that claim.

The Justice Mpaphi Phumaphi-led commission made a number of recommendations, including the dismissal of army commander Lieutenant-General Tlali Kamoli, suspension of LDF officers implicated in cases of murder, attempted murder and treason while investigations into the allegations proceeded in line with international best practice.

The inquiry also recommended an amnesty for the 23 soldiers facing mutiny charges before the Court Martial. The soldiers were arrested between May and June 2015 for allegedly plotting to violently remove the LDF command. Eight of the soldiers have since been released from Maseru Maximum Security Prison and placed under open arrest, which is a form of bail in the military. The other 15 remain in detention.

Dr Mosisili said in June this year the government would engage Lt-Gen Kamoli “on a mutually agreeable solution” regarding his future in the LDF adding that a “definitive statement” on the outcome of the discussions would be made “in due course”.

However, Ms Thomas-Greenfield said she stressed to the government the need to take “concrete actions” to address concerns about “impunity and the rule of law”.

“Two of those recommendations were that General Kamoli be removed from his position and the second one was that the soldiers, who are currently imprisoned for alleged mutiny, be released. This is because the commission found no evidence to indicate the soldiers were involved in a mutiny,” she said.

“And so I had discussions with the government on these issues and encouraged them to implement the recommendations made by SADC. “This is because I am concerned that if impunity is allowed to exist in this country, it would give people reason not to be confident in the government.”

The career diplomat said the government risked jeopardising the jobs of 40 000 Basotho working in the textile sector by failing to fully implement the recommended reforms. The textile industry is Lesotho’s biggest private sector employer, with most of the workers being women who are sole breadwinners for their families.

“This issue is of great concern to us because we have a number of programmes that require the government to ensure stability. If these governance issues are not addressed, the AGOA programme that provides for 40 000 jobs in this country would be in jeopardy,” she said.

Asked if the US government took note of efforts made by Trade and Industry Minister Joshua Setipa and other government officials to lobby the US trade representatives and Congress for a favourable vote, Ambassador Thomas-Greenfield said: “I don’t know what the verdict will be, but the writing is on the wall.

“We have a reviewing process that is taking place as we speak. You talked about the numerous visits by the Trade minister and others, what I say to that is actions speak louder than words.”

She added: “What we need to see is meaningful progress in implementing the recommendations the SADC commission made.

“We are also keen to see impunity not taking hold in this country. These issues we are raising are not new; the AGOA legislation always had benchmarks spelling out our requirements in terms of democracy, governance, human rights and press freedoms among others.”

Lesotho, Ambassador Thomas-Greenfield said, would not be the first country to lose its AGOA eligibility for failing to meet the requirements. In recent years, several African countries including Swaziland, Ivory Coast, the Democratic Republic of the Congo, Guinea, Guinea-Bissau, Mali, Mauritania and Niger were suspended from AGOA for various reasons, although in some cases the revocation was lifted.

Madagascar was suspended after the country’s 2009 coup d’état but was reinstated in 2014 after democracy returned.

“African countries are aware of these requirements and they are not new. They are not being imposed on Lesotho for the sake of it, but are being imposed because our congress requires that we take them into account.

“This is because we are giving a lot of benefits to the recipient countries and its one of the core values we promote to ensure good governance, democracy and the rule of law.”

On the US government’s assessment of the progress made so far in implementing the reforms, she said not enough strides were made.

“I think the government has made some efforts, but it has also been very defensive in its response to the recommendations.

The assistant secretary also emphasised the need for inclusivity in the implementation of the reforms. She said civil society organisations and the opposition should be included in discussions to map a reforms path.

Ambassador Thomas-Greenfield also commented on the draft Amnesty Bill of 2016, saying laws of that nature required consultation and dialogue with various stakeholders.

The Amnesty Bill, 2016, which is still being drafted by the government, is expected to be tabled in the National Assembly after it reconvenes on 11 November this year.

If passed into law in its current form, the bill would see members of the LDF, Lesotho Mounted Police Service, National Security Service, Lesotho Correctional Service, government officials and “any other person” being granted amnesty for offences committed between January 2007 and December 2015.

The amnesty would extend to members of the LDF whom the SADC Commission of Inquiry had recommended should face prosecution.

“The draft legislation in question ought to be more inclusive to ensure more voices other than that of the government are heard,” she said.

“We are concerned that the proposed amnesty goes a bit too far, and that it does seem to be providing some kind of way out for those who may have been connected to the violence.”

Ambassador Thomas-Greenfield added: “So I am hopeful that the government is hearing the criticism that is being made and take it into account before the amnesty legislation is passed.”