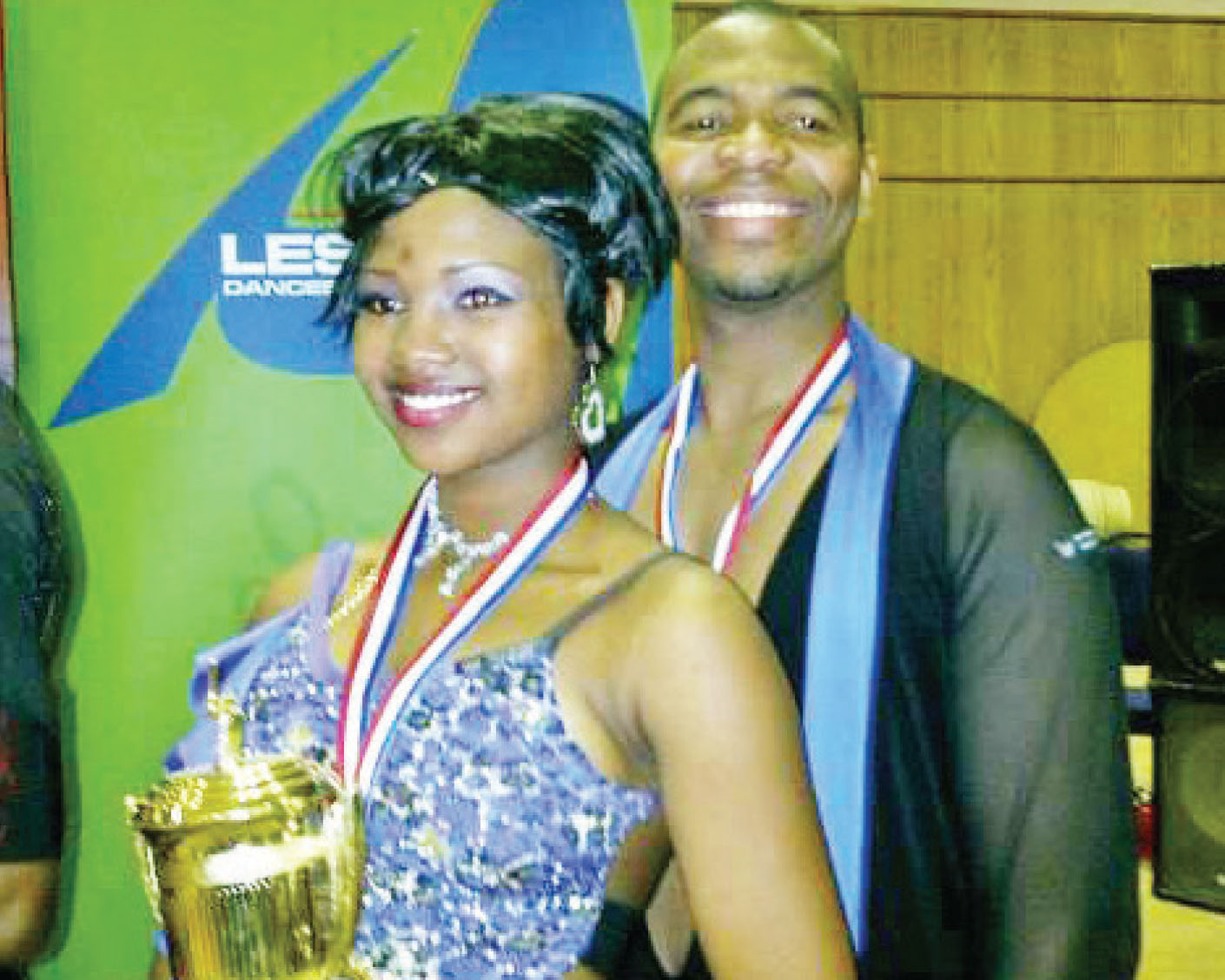 Lesotho dominated the 7th Open Queen’s Birthday DanceSport Championship held at Lehakoe Recreational Centre in Maseru last Saturday, winning 46 medals at the annual competition.
Dancers from Botswana, Mozambique, South Africa and Lesotho took part in the championship, which has been organised since 2004 by the Lesotho DanceSport Association (LEDASA) in honour of Her Majesty, Queen ’Masenate Bereng Seeiso’s birthday.

A LEDASA official, William Nthejane, this week told the Lesotho Times that dancers were participating in school, country and individual categories, with Lesotho winning 12 gold, 14 silver and 20 bronze medals in the competition.
“The pair of Teboho Rakhomo and Relebohile Thamae won a floating trophy in the Grand Prix category (countries), while Hlotse High School took the schools category.
“Most Basotho dancers also scooped gold medals in the individual categories,” Nthejane said.
He added: “Lesotho won the Grand Prix award for the second successive year, with Rakhomo and Thamae, taking the title from last year’s winners, Pulumo Nchakha and Kholu Liphoto, who did not participate in this year’s event.”
Nthejane further said the weekend event was a success, adding:
“There were many developments compared to last year’s event, although we also faced some challenges regarding funding.
“But we still managed to pull through and stage a fantastic championship.
“The sport is growing in this country as shown by the many participants, especially from schools, who took part in last weekend’s competition.
“We are getting a lot of support from the nation.”
However, Nthejane said the attendance was poor, and attributed the low turnout to the high ticket price of M150 per person.
“Last year, we had many sponsors, but this time around, only had one, Epic Printers, hence the high ticket price.”