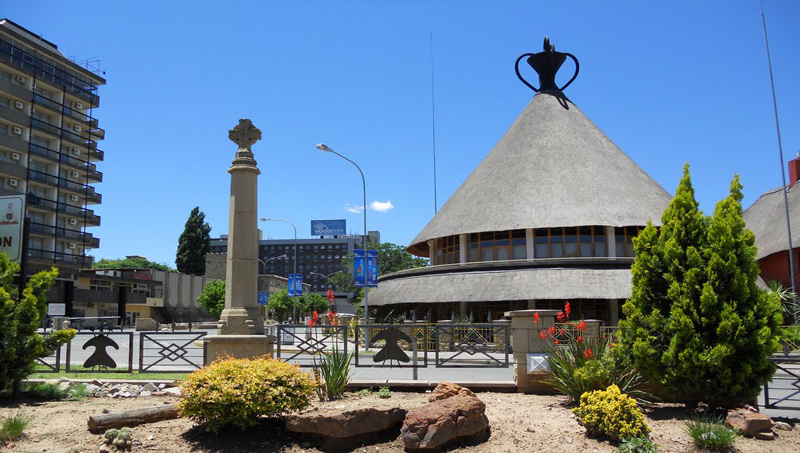 LESOTHO has been listed as one of the world’s most improved economies for doing business in the World Bank’s influential Ease of Doing Business rankings for 2017, surging into the top 100 for the first time.

The Mountain Kingdom has been ranked as the 100th-easiest country in the world for doing business, up from 114th place last year, putting it ahead of countries including Namibia (108), Swaziland (111) and Mozambique (137).

This is the highest ranking Lesotho has ever achieved on the annual report released this week by the global financial institution. The country has averaged a ranking of 119 since 2007.

The rankings are based on 10 investment related topics that include dealing with construction permits, getting electricity, registration of property, getting credit, protecting minority investors, paying taxes, trading across borders, enforcing contracts, resolving insolvency and starting a business.

Lesotho’s improved performance on the rankings has been mainly influenced by reforms that sought to improve access to finance, culminating in the country operationalising a credit information register in January this year.

According to the report, Lesotho’s Getting Credit ranking improved by 70 places. However, in the other areas, the country marginally declined.

In registering property, Lesotho slumped from 106 to 108 while in getting electricity the country declined to 150 from 149. The starting a business ranking also markedly declined from 110 to 117 as well as protecting minority investors which was 101 and now 106.

Commenting on Lesotho’s performance during the launch, Second Private Sector Competitiveness and Economic Diversification Project (PSCEDP II) Project Manager Chaba Mokuku said the rankings were a good measure of the progress made over the course of the year.

The PSCEDP II is a World Bank-funded initiative to help Lesotho improve its business environment by helping to create the necessary conditions for private sector competitiveness, growth and job creation.

“The leap from 114 to 100 is a significant improvement, and for us it serves as motivation to continue undertaking further reforms,” Mr Mokuku said, adding the improved performance was the result of concerted efforts between the World Bank, the government of Lesotho and the private sector.

“We are going to accelerate the pace of reforms in Lesotho. We have the advantage of being a small nation which makes reaching a consensus easier.”

Mr Mokuku also stressed the importance of a coordinated approach and prioritisation in carrying out the reforms for them to achieve the intended result of attracting investment.

For his part, Ministry of Trade and Industry Principal Secretary Fusi Notoane lauded the World Bank for assisting Lesotho in the reform processes.

“The assistance we received and continue to get from the World Bank is highly appreciated by the government of Lesotho,” he said.

“While we have made some strides in terms of investment reforms, we continue to go on with the same programme to ensure that the successes that we have registered are built on, and where we have been found wanting we continue to improve our game.”

Mr Notoane added: “We also need to register our appreciation for the additional funding that has been promised by the World Bank that is going to help us scale up those initiatives and also accelerate the reforms.”

He said some of the key investment reforms Lesotho made included the establishment of the One Stop Business Facilitation Centre, company registration and licensing reform and access to credit reforms.

‘LHWP: 30 years of successes and pitfalls’