Lehata on revenge mission in Jamaica 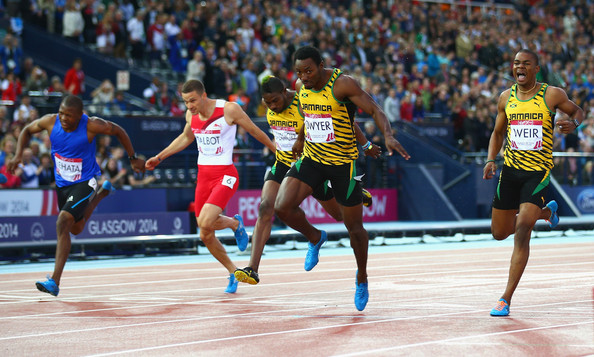 Sprint king Mosito Lehata will be out to even the score against his Jamaican counterparts on Saturday during the Jamaican International Athletics Meeting scheduled for Kingston.

Lehata was denied a medal by three Jamaicans—Rasheed Dwyer,  Warren Weir, and Jason Livermore, who came first, second and third respectively in the 200 metre-race at the 2014 Commonwealth Games in Glasgow—and could only manage fourth position against a very  powerful field of runners.

However, Lehata (25) had incurred an injury prior to the race, and the sprinter believes he could have done better was he fully fit on the day.  The iconic sprinter, who has been based in Mauritius for special training since 2011, insists he is ready to beat the Jamaicans and any other challenger in the upcoming race.

“I remember the race very well (on 31 July 2014) as if it happened yesterday,”Lehata told the Lesotho Times this week. “That result will be a motivating factor as I go into Saturday’s competition; it will be at the back of mine as I take to the track.

“If you remember very well, it was a tight end in that final where I unfortunately lost out on a medal as I was running carrying an injury. After the race, I was on the side-lines for months and only returned to competitive races last month.”

According to Lehata, he could not wait to reunite with Dwyer, Weir, Livermore and many other top athletes from around the world during the upcoming championship.

“Apart from my revenge mission against the Jamaicans, this is going to be a massive competition for me as it gives me the opportunity to test myself against the best,” said Lehata, adding he always strives to do well each time he takes to the track.

“Part of the competition is you want to succeed all the time and I’m confident of doing everyone back home proud in this race.

“I have to say it will also be good preparation for me as I fine-tune for the 15th World Championships in Athletics scheduled for Beijing, China, in August,” he said.

Meanwhile, Lesotho Amateur Athletics Association public relations officer, Sejanamane Maphathe, believes Lehata has the talent to beat the Jamaicans in their own backyard.

“I think this is a good platform for him to prepare for the World Championships and of-course, settle an old score with the Jamaican runners who took all the three positions ahead of him at the Commonwealth Games in Glasgow last year,” Maphathe said.

“He has been improving with every race and I believe we are going to see the best of him going forward.”