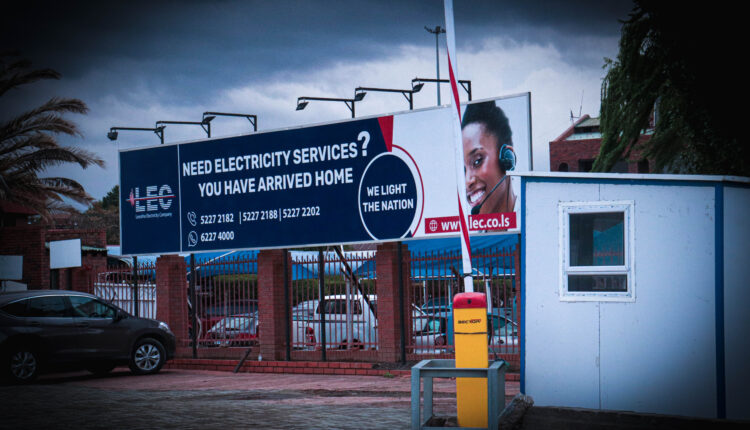 Among other things, the LEC is calculating its revenue using only sold tokens instead of consumed electricity units, Ms Besetsa said.

The acting AG said this in her report on the consolidated government financial statements for the 2019/20 financial year.

The AG said this method of calculating revenue gives an inaccurate position of the company’s revenue figures.

“I have issued an adverse opinion on the LEC due to the following; revenue was recognised on the sale of electricity tokens instead of consumption of electricity units,” Ms Besetsa said in the report.

“That was against the IFRS 15, which amongst other requirements for revenue recognition, states that an entity should recognise revenue over time if the customer simultaneously receives and consumes all of the benefits provided by the entity as the entity performs. The financial statements were materially misstated due to the inaccurate recognition of electricity sales.”

The transactions and balances relating to a Southern Africa Power Pool (SAPP) were not incorporated in the current and prior financial statements, Ms Besetsa said. The said account had a balance of M93 124 188 according to its bank statement.

“Therefore, I was unable to determine the correctness and appropriate disclosure of the transactions relating to the operations of this bank account both in the current and prior financial statements.

“…I was not provided with the age analysis for trade debtors’ balance of M54 638 770. Therefore, I was unable to determine recoverability and provision for doubtful debts required to provide valuation of the accounts receivable.”

The LEC also failed to disclose the physical location of items of non-current assets such as land and buildings of the company in its asset register. It also did not avail the tittle deeds and sub-lease agreements for audit verification on items of land and property.

“Therefore, sufficient and appropriate audit evidence to confirm existence and ownership of land and building stated at M41 643 074 were not provided. Consequently, I was unable to ascertain existence, ownership and completeness of the related balances on land and buildings reported in the financial statements.

“In the previous year the company capitalised M88 million from the Lesotho Electricity Supply Project assets apparently received as a grant. I was not provided with satisfactory documentation that transfer ownership of these assets. Accordingly, I could not independently confirm that the company was the rightful owner of the assets,” Ms Besetsa said.