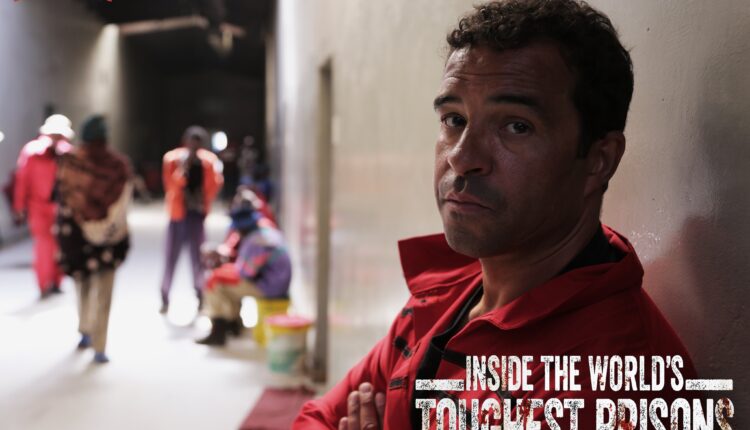 Titled “Inside the world’s toughest prisons”, the documentary was released in July 2020.

Rowe, is seen on the video interacting freely with Maseru prisoners in red overalls.

Although the documentary was shot in 2019 and became a hit on Netflix the following year, Commissioner Nkakala said they were only speaking about it now because they had been approached by Rowe for another filming session.

Speaking at a press conference on Tuesday, Commissioner Nkakala said the documentary should not have been shot in the first place because it is illegal to do so. It is not clear who allowed Rowe access to shoot the documentary but the commissioner has vowed this will not happen again.

He said another factor that had caused them to belatedly speak about the documentary is that local journalists had complained that the LCS was biased against them in that while it had refused them access, it was allowing foreign journalists to film the prisons.

“We know about the availability of the documentary online. It was not supposed to be shot because there is no law that provides for such activities,” Commissioner Nkakala said.

He added that the LCS had no plans to take the film makers to account or to demand the documentary’s removal from the internet. Instead, they have decided to tell their side of the story through the local media.

Asked whether the video does not compromise the security of the facility and its prisoners, Commissioner Nkakala said, “There is nothing we can do at this point. A mistake has already been done as the film has gone viral. What needs to happen now is to put a stop to further recording of such documentaries.

The prison boss said that the film had caused a lot of distrust among LCS staff amidst suspicious that some members of management might have been paid to allow the filming.

“We have realised that we stepped on your toes by always denying you permission to take pictures of the correctional facilities and the prisoners.

“This took us ages to understand until two months ago when a foreign journalist knocked on our doors asking for permission to document life in Lesotho’s prisons.

“When we were shocked by his request and told him it was illegal to do so. He then told us it was not his first time as they had filmed a documentary in the same cells about two years ago. Through this we then came to understand your worries hence we are here today to come clean and apologise.

“After this discovery we decided to come and apologise to you and tell you that no one will be allowed to film inside the prisons,” Commissioner Nkakala said.

The Maseru prison documentary is part of a wider series on “the world’s toughest prisons” which also includes other “tough” jails in Papua New Guinea, Ukraine, Columbia, Costa Rica and Philippines.

“Maseru prison is an impoverished detention centre, filled with inmates doing time for rape. Many are HIV positive and sexual assaults are a way of life inside the prison.

“One of the things that’s striking me is the level of poverty. This is quite a crazy bit of space, it’s a bit like a bombsite. It’s like rubble everywhere. Bricks piled up,” Rowe says of the Maseru prison in the documentary.