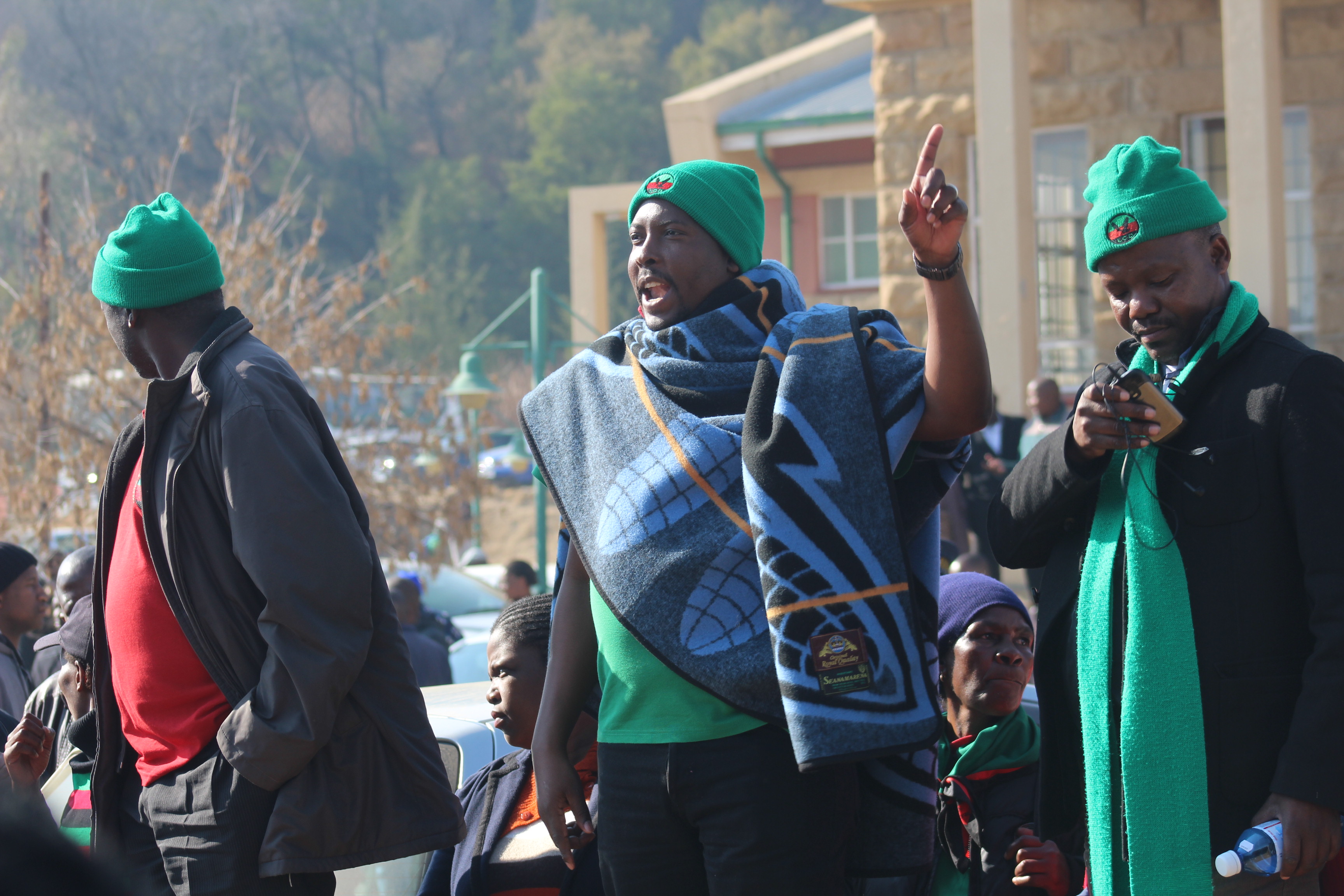 THE Lesotho Congress for Democracy’s (LCD) petition seeking the nullification of the 3 June 2017 elections results for four constituencies has taken a new turn with the party withdrawing its complaint in two constituencies and offering to pay the costs of suit to the respondents.

A panel of three judges yesterday postponed the case to 31 July 2017 to give the LCD’s lawyers time to consider whether to pursue their case as is, take another route or even withdraw the case altogether.

This was after a fierce argument ensued between lawyers representing the LCD and the respondents over the merits of the case.

The LCD and its Deputy Secretary-General Mpiti Mosiuoa filed an election petition before the High Court on 6 July 2017 challenging the legitimacy of the elections in four constituencies namely, Matlakeng #10, Matsieng #45, Mphosong #7 and Thaba-Phatšoa #8.

Mr Mosiuoa contested under the LCD banner in Tšoanamakhulo #25 constituency and lost to the All Basotho Convention (ABC).

ABC legislators for the constituencies, Moshe Leoma, ‘Matšepo Ramakoae, Libe George Motšoane and Mahala Molapo were cited as fourth to seventh respondents respectively in the application.

Other respondents were the Independent Electoral Commission (IEC), Attorney-General (AG) Tšokolo Makhethe and the ABC as first, second and third respondents respectively.

The LCD alleges some procedural flaws and irregularities ahead and during the elections.

However, the LCD and Mr Mosiuoa yesterday tendered the costs of suit to the respondents after withdrawing complaints in Matsieng and Mphosong constituencies as well as AG Makhethe as one of the respondents.

During the argument between the opposing sides’ lawyers, the respondents argued that the case should be dismissed for lack of standing.

Lawyers for the IEC and the ABC raised a question of law that the High Court, which sat as a court of disputed returns, had no powers to preside over a complaint about the voters’ registration process.

They also argued that the LCD could only lodge the case before the court if illegal practices had occurred and not about elections procedures.

On the allegation of voting registration flaws, lawyers for the IEC and the ABC argued the complainants could have raised an objection to the IEC’s tribunal. They averred that the party could then take the matter up with the High Court only if they were not satisfied with the tribunal’s ruling.

For their part, the LCD and Mr Mosiuoa — through their lawyer Advocate Poulo ‘Nono – insisted that they used the proper channels in lodging their complaint.

The High Court then postponed the case to 31 July 2017 for the LCD lawyers to consider their options.

The case is before a panel of three judges namely; Justices ‘Maseshophe Hlajoane, Molefi Makara and Sakoane Sakoane.

The LCD is also a signatory to a letter written by six political parties to the Southern African Development Community (SADC) after the announcement of the election results accepting the outcome of the polls.

However, in the same letter, the parties raised concerns that include alleged irregularities in the election registration process.

The six parties called on SADC to conduct a forensic audit on the voters’ roll as their alleged some irregularities.

The six parties formed the previous seven parties’ coalition government along with Basotho Congress Party which did not sign the letter of complaint.

SADC has not yet responded to the letter.