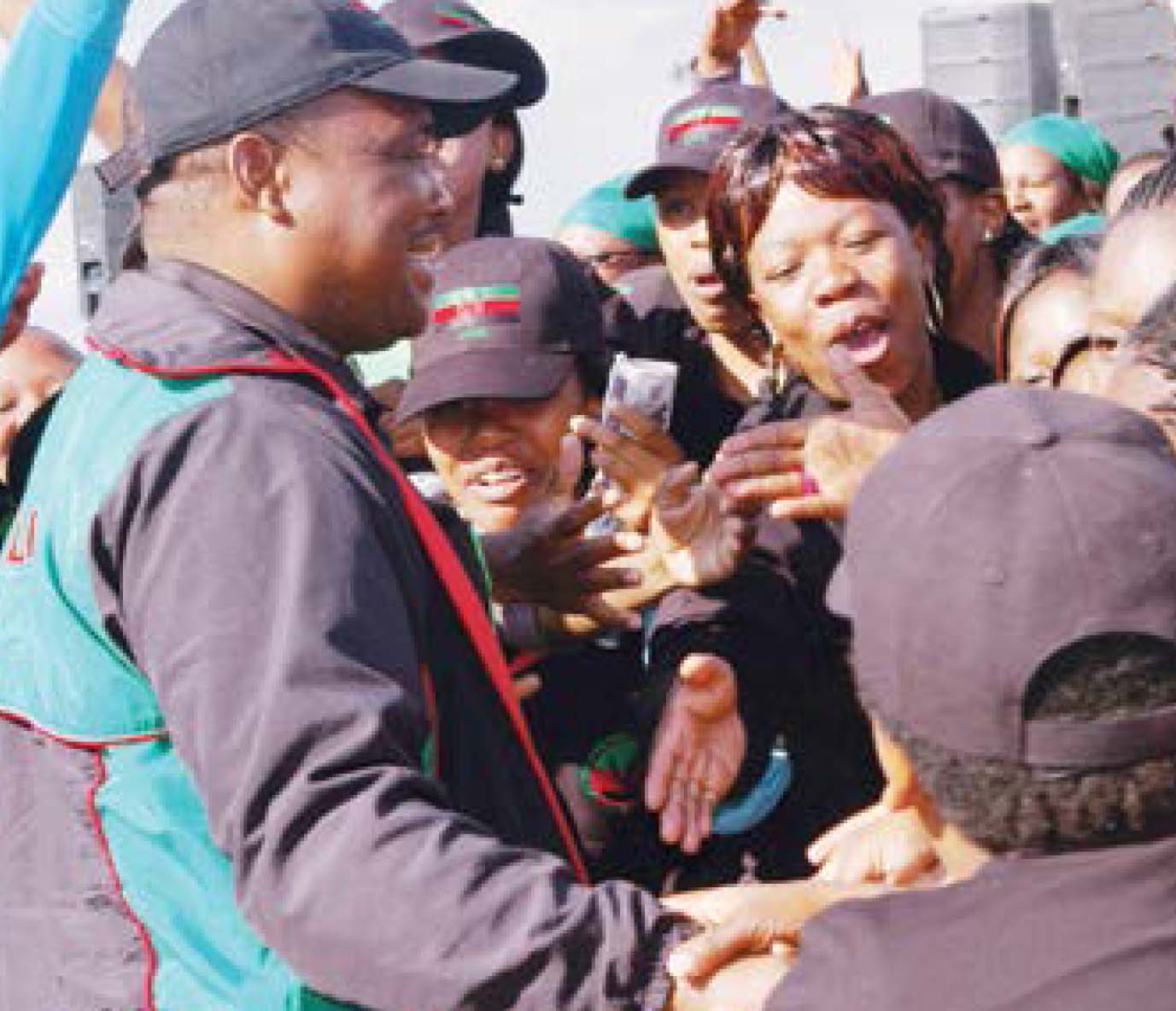 MASERU — Lesotho Congress for Democracy (LCD) leader Mothetjoa Metsing has urged Thaba-Phechela residents to vote for his party in Saturday’s parliamentary byelection, if there is to be meaningful development in the constituency.

Addressing a campaign rally held in the constituency on Sunday, Metsing said voting for an opposition candidate would not be in the best interest of the villagers because only government can bring development to Thaba-Phechela.

Metsing, whose party formed government alongside the All Basotho Convention (ABC) and Basotho National Party (BNP) after the May 26, 2012 general election, emphasised voting for LCD candidate
Tšeliso Khomari would benefit Thaba-Phechela “since his party is in government”.

“Vote for the LCD and not the opposition because by so doing, you will be maintaining links with government, thereby guaranteeing speedy service-delivery,” Metsing said.

While admitting the ABC and Democratic Congress (DC) could present his party with the biggest challenge in Saturday’s poll, Metsing, was however, still confident Khomari would emerge victorious.
“It would not be a wise move to elect an MP under an opposition flag.

“You should vote for people who will respond to hunger, unemployment and ensure the country’s stability,” Metsing said.

The LCD leader criticised the DC for making what he said were false claims regarding the Land Amendment Regulations of 2013.

Metsing alleged DC leader, former Prime Minister Pakalitha Mosisili, is claiming the regulations were a new government policy introduced in 2013 which seeks to force people to pay tax for their land, “when
in actual fact, they are just an amendment of regulations introduced a long time ago”.

Over the past few weeks, there has been a lot of buck-passing between the DC on one hand, and parties in the coalition government over which side was responsible for introducing the unpopular land regulations.

Metsing would however, not go into details regarding the issue, while the DC spokesperson Serialong Qoo was not immediately available for comment.