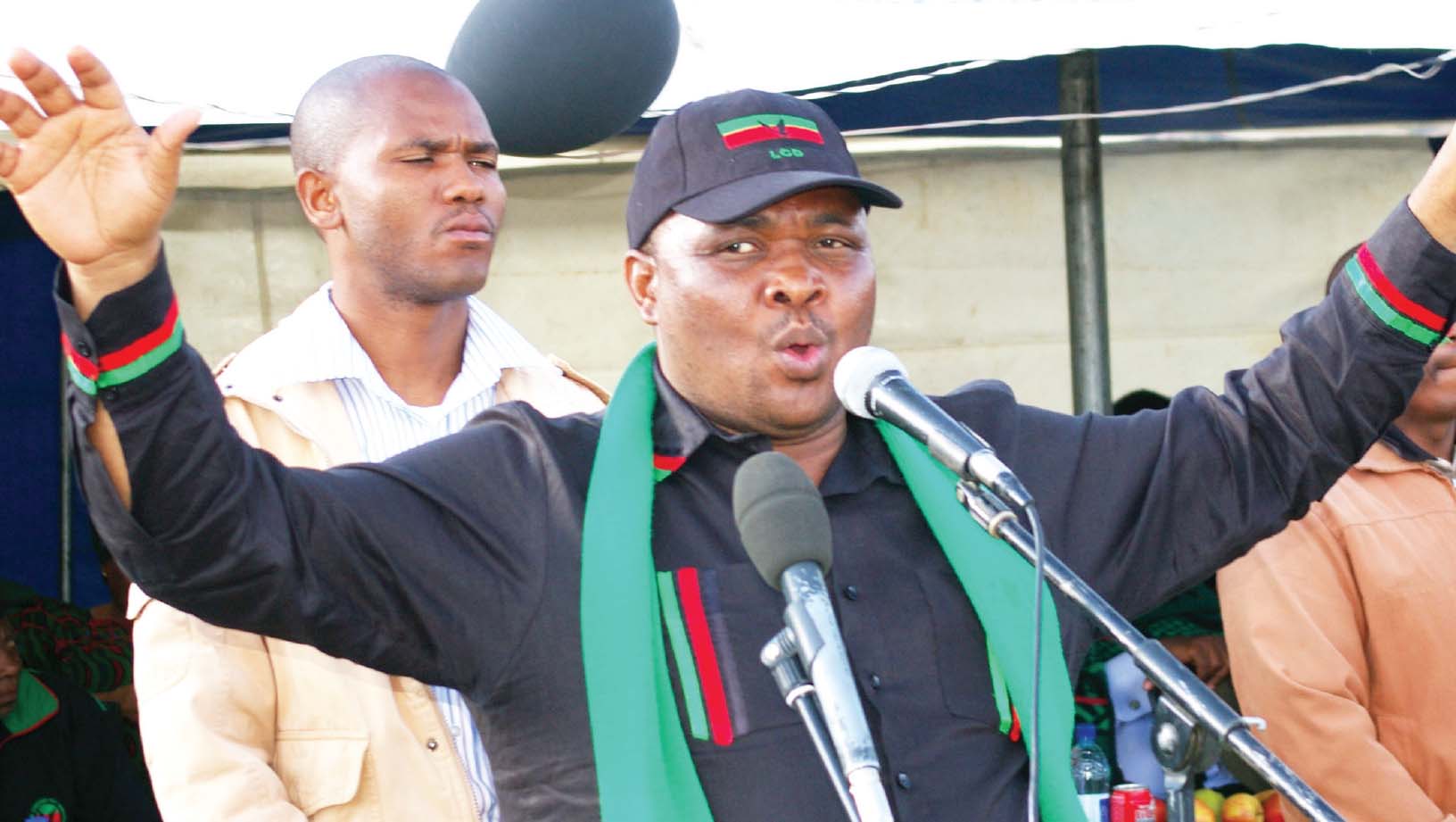 A faction within the Lesotho Congress for Democracy (LCD) is pushing for the dismissal of party leader Mothetjoa Metsing and is behind the “many lies” and corruption charges that have been preferred against the deputy prime minister, a senior party official has said.

The LCD Deputy Secretary General, Tšeliso Mokhosi made these claims in an interview with the Lesotho Times this week, and further accused this faction of working with a group within the All Basotho Convention (ABC) to ensure Mr Metsing is not only kicked out of the party and government but also humiliated in the process.

The LCD, ABC and Basotho National Party (BNP) formed a coalition government in June 2012, but relations between the three partners have soured over recent months.
The LCD has publicly accused ABC leader, Prime Minister Thomas Thabane, of not consulting the other parties when making key issues, leading to bad blood which nearly saw government collapsing two months ago.

Although the three parties are engaged in talks aimed at resolving their differences, a breakthrough is yet to be made despite the intervention of several mediators, among them South African President Jacob Zuma and the Southern African Development Community.

“There is this very small faction within our party, led by a senior member of the party, which is conniving with the ABC to tarnish the image of our leader.
“This group goes by the name ‘Bolekana’ in Sesotho, and has been working tirelessly to ensure Mr Metsing is removed as party leader, and also as deputy prime minister.
“This Bolekana is spreading lies day in and day out about Mr Metsing just to tarnish his image and that of the LCD as a party.
“But we are all aware that they are being used by the ABC to destroy us, from within because the ABC wants to weaken us as a party going towards the 2017 general election,” Mr Mokhosi said.

Mr Mokhosi, who is also the Minister of Energy, Meteorology and Water Affairs, said the faction was also out to further sow divisions within the party by claiming that Motloheloa Phooko has been sacked as the deputy leader of the LCD.
Dr Phooko is also the Minister of Public Service.
“That is the word doing the rounds now, and all these rumours are being circulated by this faction.
“Only the National Executive Committee (NEC) of the party can make such a decision and our NEC has never met to deliberate on such an issue,” Mr Mokhosi said.
Responding to his alleged dismissal from the LCD NEC, Dr Phooko said he had also been made aware of the “rumours”.

“I am still the deputy leader of the LCD and Mr Metsing is still my leader. The youths that we have today do not show us any respect because they are always fabricating lies about us, their elders.
“The media is also helping them spread these lies and it is so painful to see the future of this country destroying the pillars of good governance,” Dr Phooko said.
“This faction called ‘Bolekana’ is working with the ABC to humiliate Mr Metsing, and is behind the allegations of corruption that have been made against him, which led to his brief court appearance last week.
“You will find that in the court summon, Mr Metsing was not accused by the government.

“We were so surprised to see that he was accused by one Advocate Nthontho that we have been told is part of a gang within the ABC called the Resource Group,” Mr Mokhosi said.
Contacted this week, Advocate Khotso Nthontho said he was reserving his comments regarding the issue because the LCD had already made its conclusion.
“The LCD has already made libellous allegations against me and definitely as an advocate, we will meet in court about this,” Advocate Nthontho said.

Massive abuse of funds at embassy