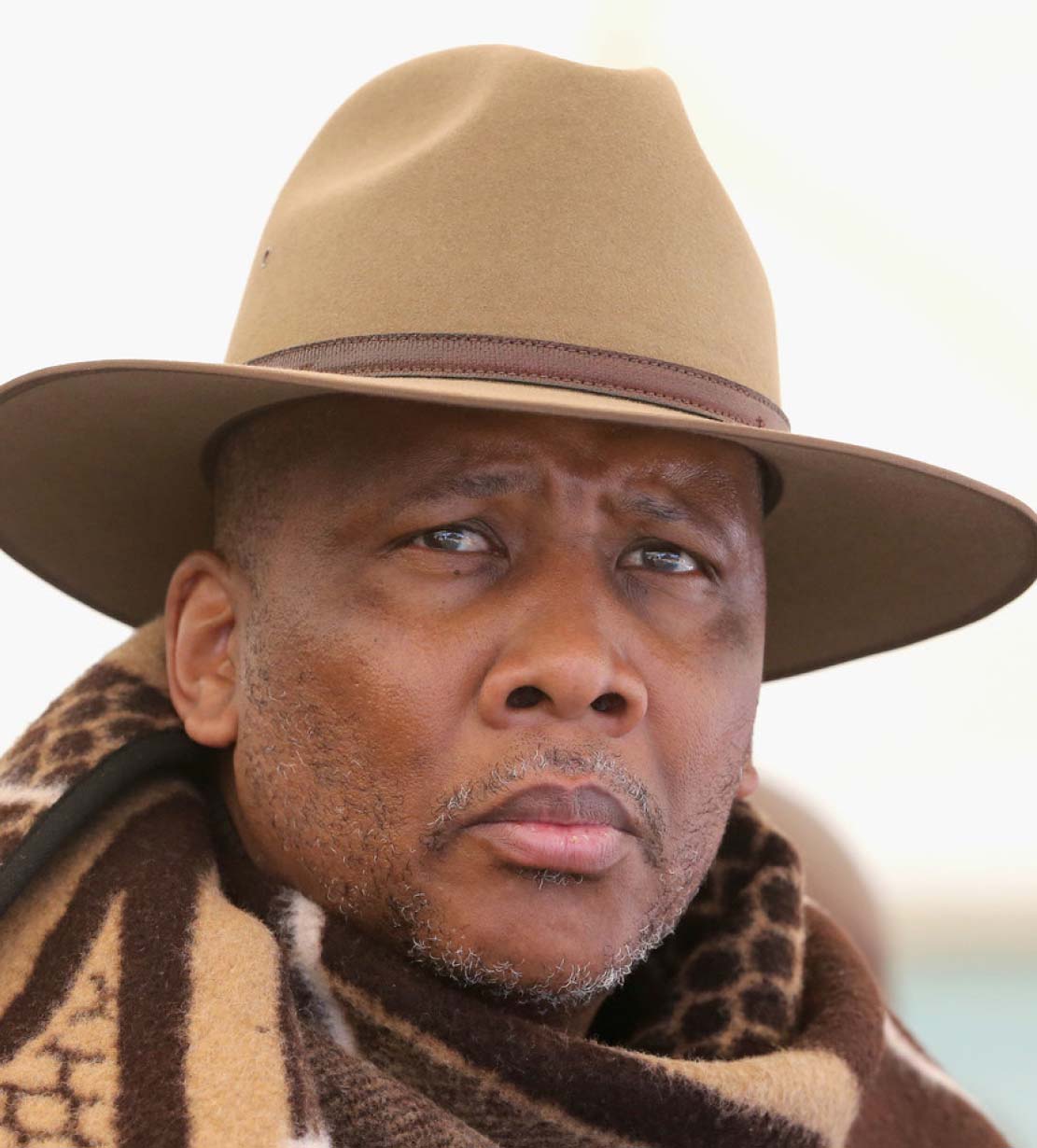 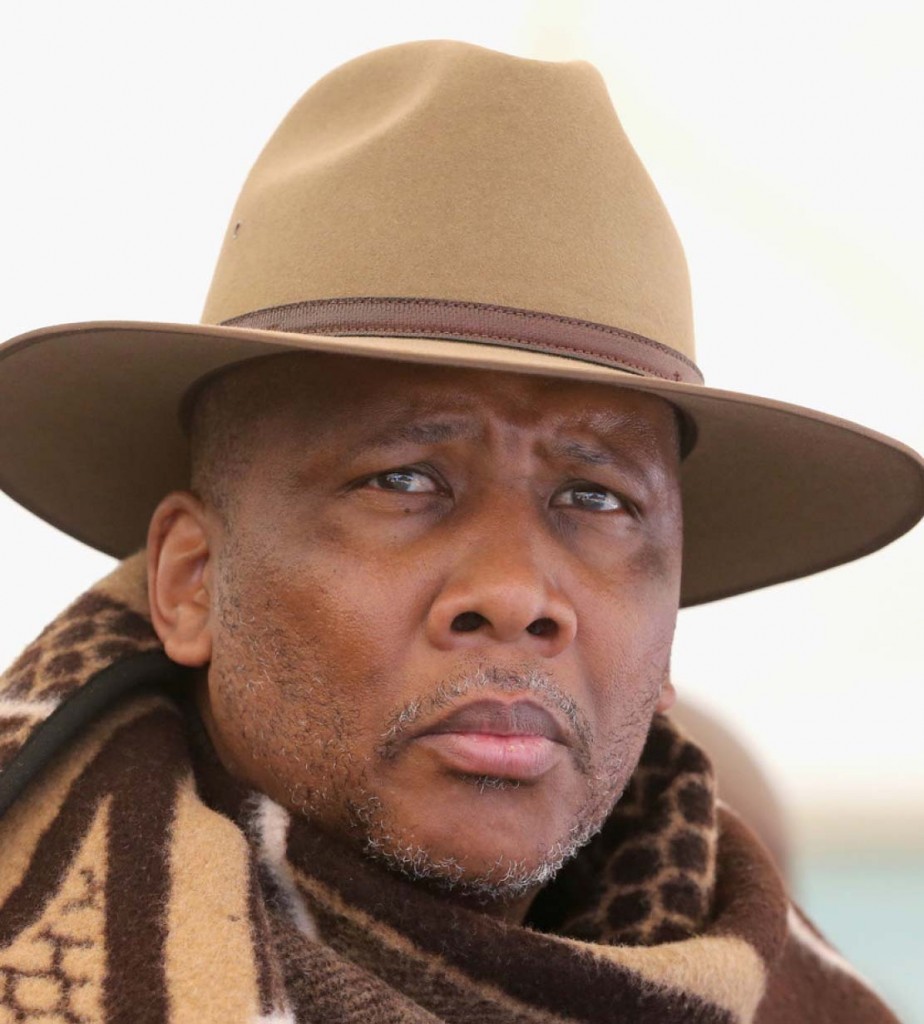 ON Thursday, 11 June at 11 am on a foggy, wintry bitterly cold and rainy morning, a relatively huge public gallery audience as well as lawyers gathered in the main courtroom one, Palace of Justice, to listen to the delivery of judgment in the hugely important case that would set the benchmarch on how government business in Lesotho would be conducted within government and, more importantly, how His Majesty and the prime minister should interact in conducting the business of government.  Certainly this was no ordinary case as the tensions were palpable for everyone to fathom. The case in question was Court of Appeal (Civil) 13/2015 or Constitutional Case 02/2015.  It involved the attorney general (AG) suing His Majesty, the prime minister and four others. Indeed, to set the expectations even higher, there were banks of television cameras and a host of blue riband media personalities to provide wall-to-wall coverage of the judgment.  The occasion never disappointed.

Briefly, the AG in this unprecedented case, did not accept that the appointment of the president of the Court of Appeal, the highest in the land, by His Majesty following the advice of the prime minister in terms of section 124 (1) of the 1993 Constitution which provides: “The President shall be appointed by the King on the advice of the Prime Minister”.  “The AG’s contentions depended on the principle of collective cabinet responsibility embodied in the Constitution of Lesotho.

The relevant provision is section 88 of the Constitution which rendered the appointment constitutionally flawed because the AG argued, Cabinet had not been informed of the possible appointment and its views on it were neither sought nor obtained”.

For their part, the counsel for the King, prime minister and others, contended that no constitutional obligation, even if the matter was never placed before cabinet, rested on the prime minister, to place the matter before cabinet.  They also argued that the AG had no locus standi to sue his own government, client, as he was the government’s chief law officer and sat in cabinet meetings. The AG, however, argued that it was his constitutional duty to uphold and defend the Constitution where he felt it was being violated.

Because of the magnitude of the case and its constitutional implications on governance, accountability and how government inte se should conduct business, I considered it desirable, as the judgment did, to quote the relevant constitutional provisions so that the reader may fully appreciate the importance of the case. These are sections 86, 88(1) to (3) and 91 (1) which read as follows:

’86 The executive authority of Lesotho is vested in the King and, subject to the provisions of this Constitution, shall be exercised by him through officers or authorities of the Government of Lesotho.

88(1) There shall be a Cabinet of Ministers, consisting of the Prime Minister and the other Ministers.

(3)  The provisions of subsection (2) shall not apply in relation to:-

However, an observation needs to be made at this juncture, that in spite of its undoubted huge jurisprudential value to Lesotho and indeed worldwide, in countries with similar constitutions and Westminster model of government, it was nearly clouded by the spectre of politics that ensnare our fragile democracy.

These were among others, that the AG initially alleged that the former prime minister, in recommending the appointment, was motivated by improper motives and lack of bona fides. Fortunately, however, this argument was not persisted with in court.  Furthermore, some politicians at the time, rode on the wave of the huge public outcry that was stoked-up by the media, that the AG was in fact suing the King, whereas this was only a procedural, albeit, unprecedented step. This unfortunate perception was further incited by the AG himself because, during all his many years in office and despite the previous government on several occasions violating the Constitution, he never even once raised a word that that government was violating the constitution. This despite his duty according to sections 98 (2) (c) empowering him to take necessary legal measures for the protection and upholding of this Constitution and the other laws of Lesotho.  However, as the saying goes:  “Every cloud has a silver lining”.

Having been dismissed at the Constitutional Court, the AG went to appeal but was also dismissed.  The ratio decidendi, the principle of law on which the court reached its decision were multi-faceted. However, the court went on to state instances which inevitably merited collective cabinet responsibility for the Cabinet to adopt, identity with and defend, in public after referral by the prime minister or the responsible minister before Cabinet.

The Court noted, however, that there are instances in the Constitution, in which only two officials other than bodies, can advice the King on appointments and certain policy considerations without the advice of the Cabinet. These two officials are the prime minister and the chief justice.  In this regard, the court cited with approval the writing by Sir Ivor Jennings that:

It was argued however, for the AG that the collective cabinet responsibility has as its corollary as embodied in section 88, that there is a constitutional obligation on the Prime Minister to place any matter before cabinet in respect of which its members will thereafter bear collectively responsibility.  However, the court ruled that as for instance, with the budget, such an across-the-board proposition, would be impossible and bring the process of government grinding to a halt. The court went on further to observe that this convention does not require that any particular matter of public policy, or any decision by the Prime Minister, should be debated in Cabinet.  The proposition is simple: ministers are bound by such decisions and can only escape by resigning their ministerial office although this does not entitle them to breach their confidentiality.  So long as they vote with the government on the issue, they should defend it if required to do so and cannot afterwards claim that they did not support it.

“Collective responsibility, means all Minister, “as the Gujerat High Court said of it”, share collective responsibility even for decisions in which they have taken no part whatsoever, in which they might have dissented at the meeting of the Council of Ministers.  Collective responsibility means the members of Council of Ministers express an opinion.  It means unanimity and confidentiality.  “This includes the Prime Minister as leader of the government of the day, constitutionally empowered like other bodies and persons, to give advice to the King without referral to Cabinet, should be treated differently and the language does not support such a different approach.  The Court further after citing many authorities, to say, that it is not correct to say that the Constitution requires the Prime Minister, before advising the King on the appointment of a new President , to refer the subject of that advice to cabinet.

The Court, instructively, ruled that the AG by sitting in Cabinet meetings is not a member of the Cabinet.  He is only there to give advice when so asked. The Court, therefore, also specified instances wherein the prime minister, in keeping with the doctrine of collective cabinet responsibility, ought to refer certain matters to cabinet such as those that have policy implications, of major public importance, though, in my view this is a grey area, matters affecting more than one department, matters that have significant domestic or international significance and those that have an impact on all members of the Cabinet.

In regard to locus standi, of the AG, that is the right to bring an action or challenge some decision, the Court held that as this would not make it is undesirable for it to go into it further and make a final determination of that question. The court ruled that this question is academic and in this regard, it raised a number of scenarios in which the AG could or could not lodge a case.

The Court raised a number of scenarios for discussion in this regard and said, without deciding:  “All of this merely illustrates why the question of the proper construction of section 98(2) (c) is a matter of some difficulty and a decision on it cannot affect the outcome of the appeal.  It is a topic that may have to be debated in this Court on another occasion and nothing we say here should be taken to affect that debate.  I accordingly express no view on it, not even a tentative one”.

In conclusion, the above notwithstanding, the judgment raised a lot of constitutional issues that define the extent and parameters of the powers of the Prime Minister within the doctrine of collective cabinet responsibility.  It also gave answers to the question of confidentiality, dissent and powers of the prime minister vis-à-vis the King and his Cabinet within the Westminster-type model of government.  A really instructive case indeed.

Bashir and the double standard of international justice

You reap what you sow