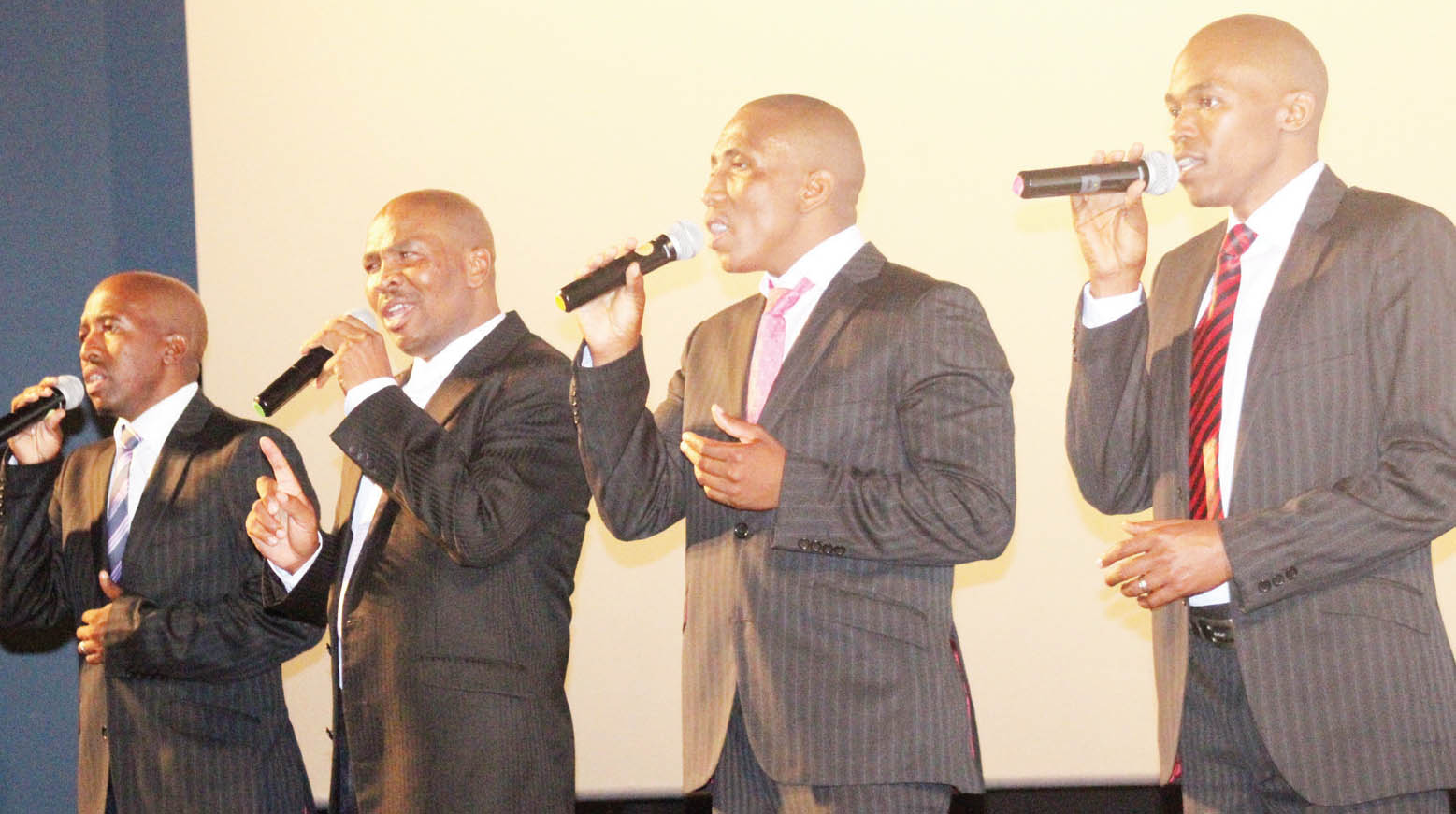 MASERU — Pop classic quartet Kingdom Classics held its third annual Easter-Winter concert serenading fans with their captivating singing skills at Ster Kinekor Cinema in Maseru last Saturday.
The group, formed in 2009, is comprised of Teboho Mothobi, Tuoe Hants’i, Mojai Madras and Motebang Koneshe.
Their musical output is certainly unique, and quite hard to cluster in any of the common music genres. They tap in the depths of classic western sounds from the 17th and 18th centuries and fusing them with contemporary rhythms.

The group normally holds four shows every year, but due to circumstances beyond their control, they were unable to host the Valentine show, making Saturday’s show – their first this year — one their fans had been eagerly waiting for.

A number of the group’s fans, who spoke to the Weekender after the show, expressed their delight at the Kingdom Classics’ performance, saying they wished the show had gone on for longer.
The group’s music seems to have found resonance with music lovers regardless of social class, age group or even race. They have certainly made inroads in the local musical scene.
“People have shown us nothing but great love and support which is rapidly growing,” group member, Hants’i told the Weekender.
“This is one of the biggest shows we have ever had, and as you can see, this place is filled with people who have an undying love for our music.
“Our music is one of its kind,” went on Hants’i, “to our knowledge we are the only people offering this kind of melody in the entire country.”
Fans of the pop-classic quartet can look forward to their Independence and Christmas shows this year.