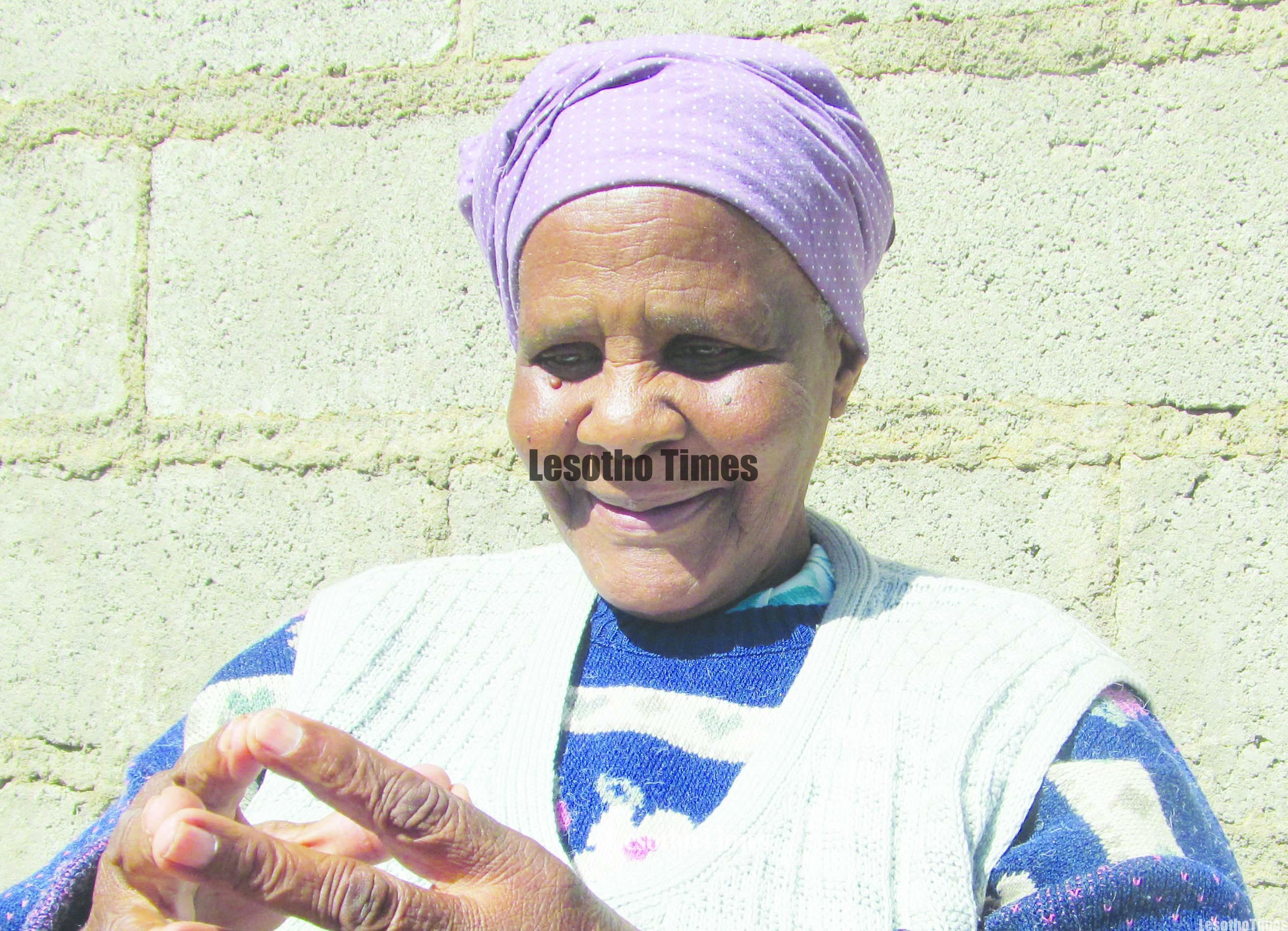 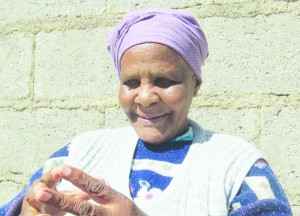 MASERU — They are supposed to be the Golden Years during which the pensioners enjoy the fruits of their labour while indulging in luxuries stored during the middle-age years of sacrifice.

Yet for many of Lesotho’s senior citizens, what is meant to be a period of sheer bliss has become an eternal nightmare, the complete opposite of the rest normally associated with old age.

A cocktail of problems has condemned the elderly to forever remain breadwinners but now taking care of a completely new generation — their grandchildren.

The heartrending stories of three Khubetsoana grannies probably sum-up this stark reality which has now become commonplace in most local communities.

By breaking their silence, the courageous women hope a solution to the suffering of the elderly could be found soon.

The women’s tribulations follow a similar pattern: starting with the passing away of their beloved husbands, ultimately forcing them to migrate to the city to fend for their families.

For ’Malerato Ntoi, 60, ’Mabonang Sethunya, 75, and ’Makoena Seboka, 80, the bright lights of Maseru had looked appealing from far away, as the city appeared to provide the promise of easy opportunities for employment or starting small businesses.

But the widows were soon to realise the seemingly glittering Maseru was no gold at all and raising children on an irregular income was simply insurmountable.

Their children’s education was the first casualty in the worsening struggle to put food on the family’s table.

Without a sound education, finding decent work became difficult for the women’s children and it soon became clear there was no way the cycle of poverty could be broken without divine intervention.

Illness entered the complex web of poverty leaving the frail and now elderly mothers with extra mouths to feed and bedridden daughters and sons to care for.

Years later, with barely enough strength to fend for themselves, let alone an extended family, the three widows increasingly find themselves considering permanently returning to their rural homes where they hope life would be kinder.

But still, what would eventually happen to their grandchildren should they throw in the towel by leaving Khubetsoana, remains a nagging question on the grannies’ minds.

“If only I could live a few more years to make sure they stay in school and avert the temptations that trapped my daughter,” Sethunya said in an interview last Sunday.

The 75-year-old receives a M420 pension from the government every month, from which she deducts M250 to pay rent for the two rooms she shares with her three grandchildren, who are in Standard Five, Form A and Form B.

Sethunya moved to Maseru from Thaba-Bosiu with her three children when she was in her 40s and started selling plastic containers in the city.

Although relieved of paying her children’s fees after they abandoned school when they were in Standard Four and Five, Sethunya never realised she would be burdened with the responsibility of looking after her two daughters and five grandchildren.

“My two daughters fell sick and died. They never got married and one of them left me five children while my son married and moved out to start his own family.

“ He does not have a stable job but manages to care for his family.”

She sometimes blames herself for the turn of events after her husband’s death.

“Maybe if I had stayed in Thaba-Bosiu and worked the fields, my two daughters would still be alive today,” she said, adding all she wants now is to ensure her grandchildren get an education.

“Life is no longer about me, but my grandchildren.

“This pension the government gives us is helping a lot but I have to stretch it to make sure there is maize meal, cooking oil, paraffin and salt in the house.”

Sethunya further said there are many other elderly women in Khubetsoana who are facing with the same challenges she confronts on a daily basis.

And some of them, she noted, are her friends and they meet from time to time to reflect on their past, share pain and support each other.

One such friend of hers is ‘Makoena Seboka, who is known for selling good snuff by her clients.

After buying tobacco in its raw form, Seboka grinds it into powder and then packs it into sachets which she sells for M3 each.

On a good day, she makes M30 and nothing on a bad day.

However, this is not the life Seboka anticipated more than 50 years ago.

Growing up in Mathebe, Mafeteng district, Seboka never imagined she would become a widow at a young age and start selling snuff for survival.

“When my husband, who was a builder, died, I moved to Maseru with my two daughters. My aim was to do any work I could find in order to look after my children.”

However, years later, she is still doing domestic chores and has even diversified into the snuff business to widen her revenue base.

“I am still working at 80 years of age because I have three grandchildren to look after. My daughters are struggling to cope.

“One, who is divorced, is not working and stays here with her children while the other lives with her husband.”

Her neighbour, ‘Malerato Ntoi, on the other hand, said although she is 60 years of age, the excruciating pain all over her body tells her she would not be as lucky as Seboka.

“It would warm my heart to see my brilliant granddaughter, who is in Class Six, complete her secondary education. She is my only hope for the entire family. Sadly, fate brought me hypertension and diabetes.

“ I am a heartbroken woman and don’t think I will live another five years”, she says.

A single mother-of-five, out of which one daughter is deceased, Ntoi now helplessly watches her bedridden son and daughter try to hang on to life.

The two returned separately from Leribe where they were employed, she said.

Her other daughter died in 2011 after a long illness while another left for Johannesburg, 12 years ago.

“She does not help us because she is not working; at least that’s what she tells me – that she has no job.”

Ntoi’s youngest daughter, a single mother, is working at one of the textile factories in Maseru and stays with her two children.

“Because I don’t qualify for pension, my family survives on the money I get doing neighbours’ laundry.

“The problem is I am not getting any younger, I am sickly and tired.”

For a full laundry basket, Ntoi charges M60, with the charge increasing if the laundry includes blankets.

She makes an average of M300 per month and pays M150 for the single room she shares with her children and granddaughter.

There are 36 tenants staying at the residence where Ntoi lives and all use one ventilated pit-latrine, which is already full and makes the place virtually inhabitable.

“Sometimes, I think maybe I should return to Teyateyaneng although the mere thought causes me sleepless nights. How do I go back because I will need transport, which I can’t afford.

“However, my fear of dying and leaving my sick children and daughter alone in the city, tells me this might be a better option no matter how terrifying it might appear,” she said.

‘Council pushing us into poverty’