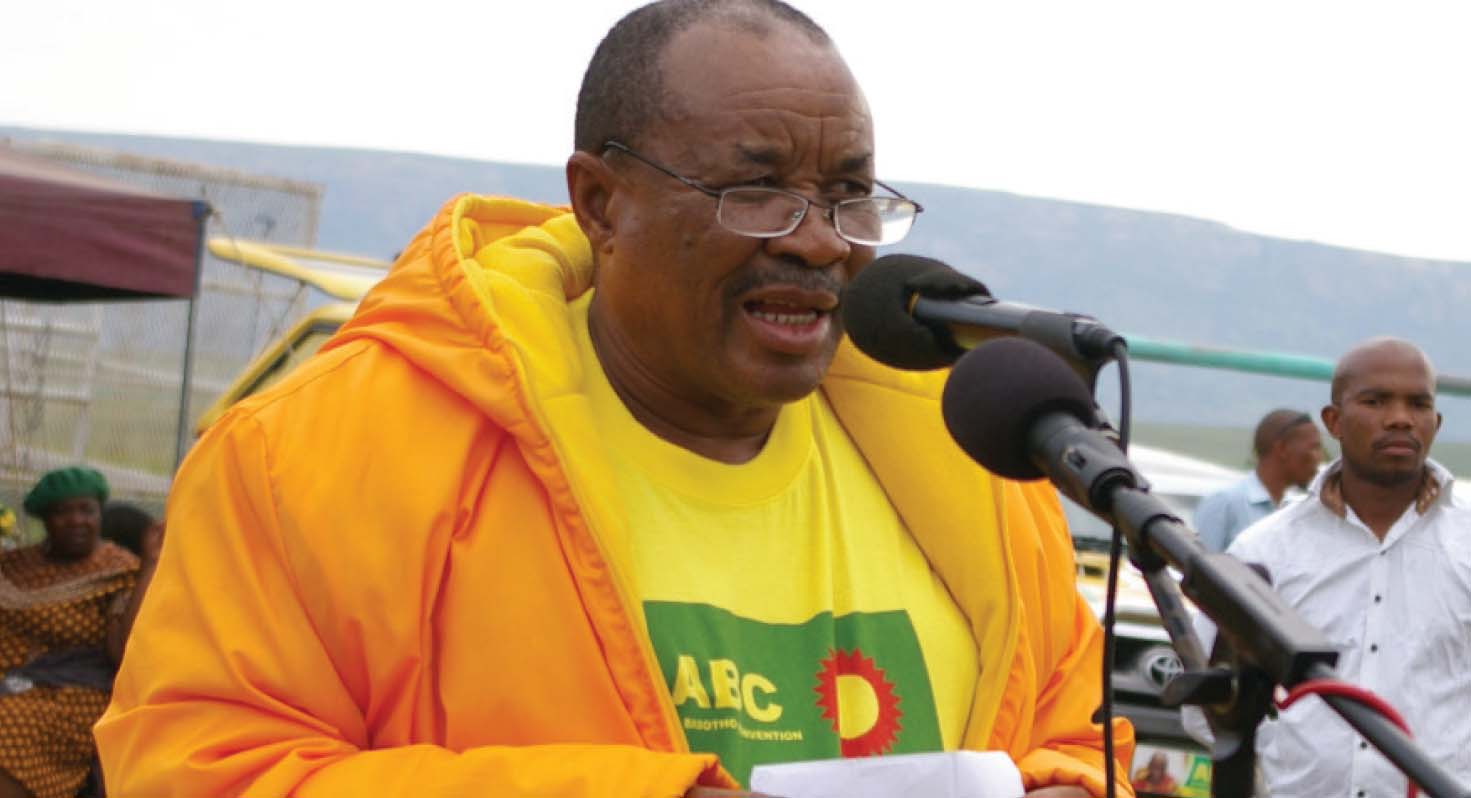 This man has been prime minister before and it’s shocking he thinks the people can trust him with running this country again after letting them down so badly, says ABC deputy leader Tlali Khasu

The All Basotho Convention (ABC) deputy leader, Tlali Khasu, has urged Mphosong residents not to be “fooled” into voting the Democratic Congress (DC) to power again, insisting the party was “clearly” incapable of improving the lot of the people.

Addressing an ABC campaign rally held on Sunday in Ha Sekeleme Matlameng village in the Mphosong Constituency, Mr Khasu said it was “shocking” DC leader Pakalitha Mosisili, who was prime minister from May 1998 to June 2012, wanted to lead the country again despite “failing so dismally to improve the livelihoods of Basotho” during his tenure.

Mr Khasu, who also welcomed 338 new members into the party at the rally, further urged the residents to vote for an ABC candidate in the pending parliamentary by-election to ensure the development of the constituency.

Bataung Leleka, who was the Mphosong Constituency Member of Parliament (MP) and belonged to the DC, passed away on 16 May this year and a by-election would soon be held to fill the void.
However, according to Mr Khasu, the ABC — which formed a coalition government with the Lesotho Congress for Democracy (LCD) and Basotho National Party (BNP) after the May 26, 2012 election resulted in a hung parliament — would bring development to Mphosong should the party win the pending by-election, whose date has however, not yet been set.

“Our presence here signals that we are on the warpath, and we have just welcomed new troops to fight this war,” said Mr Khasu, who is also the minister of mining.
“This war we are talking about is both political and also against hunger. Our people are facing starvation on a daily basis and these new cadres who have joined us today, are going to help us win this battle.
“We are surprised to see people who were in power for so long still seeking to rule Lesotho again even after they failed so dismally to bring meaningful change to the lives of our people.
“Do they think the people will still vote them back into office after they failed to ensure there was food-security and employment for all those years they were in power?
“I get shocked to hear that the DC leader (Dr Mosisili) wants to be prime minister again!

“This man has been prime minister before and it’s shocking he thinks the people can trust him with running this country again after letting them down so badly,” Mr Khasu said, gesturing at Dr Mosisili, who was also speaking at a DC rally being held just a stone’s throw away from the ABC gathering.
Mr Khasu also urged ABC officials to be vigilant on the day of the election.

“Our officials have got to be alert and not let the party be conned on the day of the election, as every vote counts in this political war.
“We need to win this by-election, especially now that the different political parties which are going to be contesting, have been promising this constituency heaven on earth.
“But can’t we all clearly see that this heaven on earth has never happened in this constituency despite similar promises being made before the last election in May 2012, when the DC won it?
“You should punish those who failed you in the past and vote for an ABC candidate, who is surely going to transform this constituency.
“Our leader, Ntate Thabane will do everything in his power to make sure that all those broken promises are fulfilled,” he said, to thunderous applause from the audience.
However, the ABC deputy leader was not done yet with the DC.

“These DC people decided to have their rally close to us just to spite and provoke us. All this party did was spread divisions among Basotho when they were still the government, which is why I appeal to you to vote for the ABC for the unity of our nation.
“We need to persuade those supporting the DC to join our party and stop voting for people who ignored their needs for so long.
“Those voting for the DC are actually to blame for their own misfortune because how can you vote your own oppressor?”

The party’s Women’s League chairperson, ‘Mathato Phafoli, in her address, said the league was behind the defection of the 338 new members, who she claimed had left the DC and Lesotho Congress for Democracy (LCD).

“Women are key to the ABC winning the upcoming by-election, we are always there to ensure our children and husbands register for elections and also go to cast their vote,” she said.
Ms Phafoli also said she was happy that Sunday’s rally was being attended by locals who would be casting their vote in the by-election.
“I am happy all the people here are from this area, and will be voting in the by-election.

“This is different from those attending the rally over there (of the DC) who have been bussed from faraway places to boost attendance-figures and will not be voting in the by-election.”
The ABC Mphosong Constituency Secretary, ‘Mamotlatsi Mokete, on her part, said the party was ready for the by-election and would not let the DC win it again.
“We have already selected our candidate for the coming by-election, but we will only disclose the name when the time is right,” Ms Mokete said.