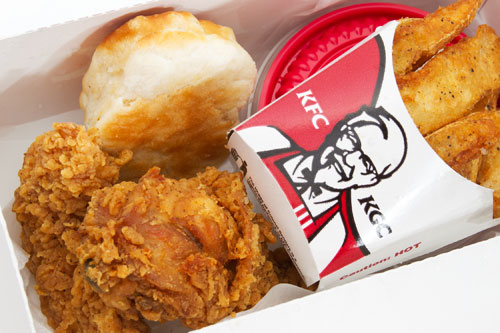 This came amid concerns by local suppliers that the fast food company could be forced to serve poultry products imported from the United States of America (US).

Last November, South Africa and the United States were at loggerheads over the former’s refusal to accept meat and poultry imports from the US citing among other things, the risk of the meat getting contaminated in transit.

In January, the US responded by threatening to suspend South Africa’s trade benefits on agricultural goods under the African Growth and Opportunity Act (AGOA), if American poultry products are not allowed into South Africa by 15 March.

Unconfirmed reports suggest that South Africa caved in and owing to the row, Basotho retailers and consumers have become concerned that that local KFC franchises would soon start serving the ‘imposed’ meat.

However Mr Thamae allayed the fears and expressed KFC’s commitment to continue sourcing from local suppliers.

“KFC sources 100% of its chicken and fresh salad ingredients from local suppliers,” Mr Thamae said in an emailed response to Lesotho Times.

“All KFC Lesotho restaurants source all our chicken from the same suppliers that supply South Africa’s favourite premium retailers.

“KFC supports local entrepreneurs where possible and continues to find pioneering solutions to work closely with franchisees and its customers without compromising the brand’s global standards”, he said.

Mr Thamae also said the new Automated System for Customs Data (ASYCUDA) system operated at the country’s borders by the Lesotho Revenue Authority (LRA) had earlier presented a major challenge in the importation of goods.

“KFC is an inclusive brand that welcomes diversity and above all, strives to be accessible to all customers in order to deliver the best brand experience.

“Like many businesses in the country one of the key challenges include cross border issues such as systems offline. KFC continues to work closely with its key partners in Lesotho to make sure such challenges get resolved, “he said.

Mr Thamae also said the company had strengthened its Corporate Social Responsibility over the years through a campaign that encourages children to become healthy through sporting activities.

“As part of KFC’s commitment to pioneering solutions and creating connections, the brand places social responsibility at the heart of what it does and remains dedicated to making a positive impact in communities. The brand delivers on this commitment through the KFC Lesotho Add Hope Project.

“KFC has also committed to making a difference in the lives of tomorrow’s leaders by encouraging them to live healthy lifestyles through sports development and education. With the launch of the annual KFC Football Beat launched in 2015; a five-a-side soccer tournament for boys and girls aged between 10 and 14 years, kids now have an opportunity to really get active,” Mr Thamae said.

The first KFC franchise opened its doors to consumers in the 1980s. Presently KFC has five outlets in the country with four in Maseru District and one in Butha-Buthe District.

“Colonel Sanders has been a welcome companion in many households across the world, bringing with him the well-loved finger lickin’ good fried chicken that remains a firm favourite.

“KFC offers a tried-and-tested recipe for franchise owners and follows a franchisee business model that works – this includes a quality product, marketing of the brand, supply chain reliability, a global operations standard and quality training,” he said.

Said Mr Thamae: “As a brand, KFC looks for franchisees that are passionate about customer service and have experience in the food-retailing environment. This is done to ensure KFC global standards can be upheld in all restaurants.”