Inter-ministerial to deal with workers’ grievances 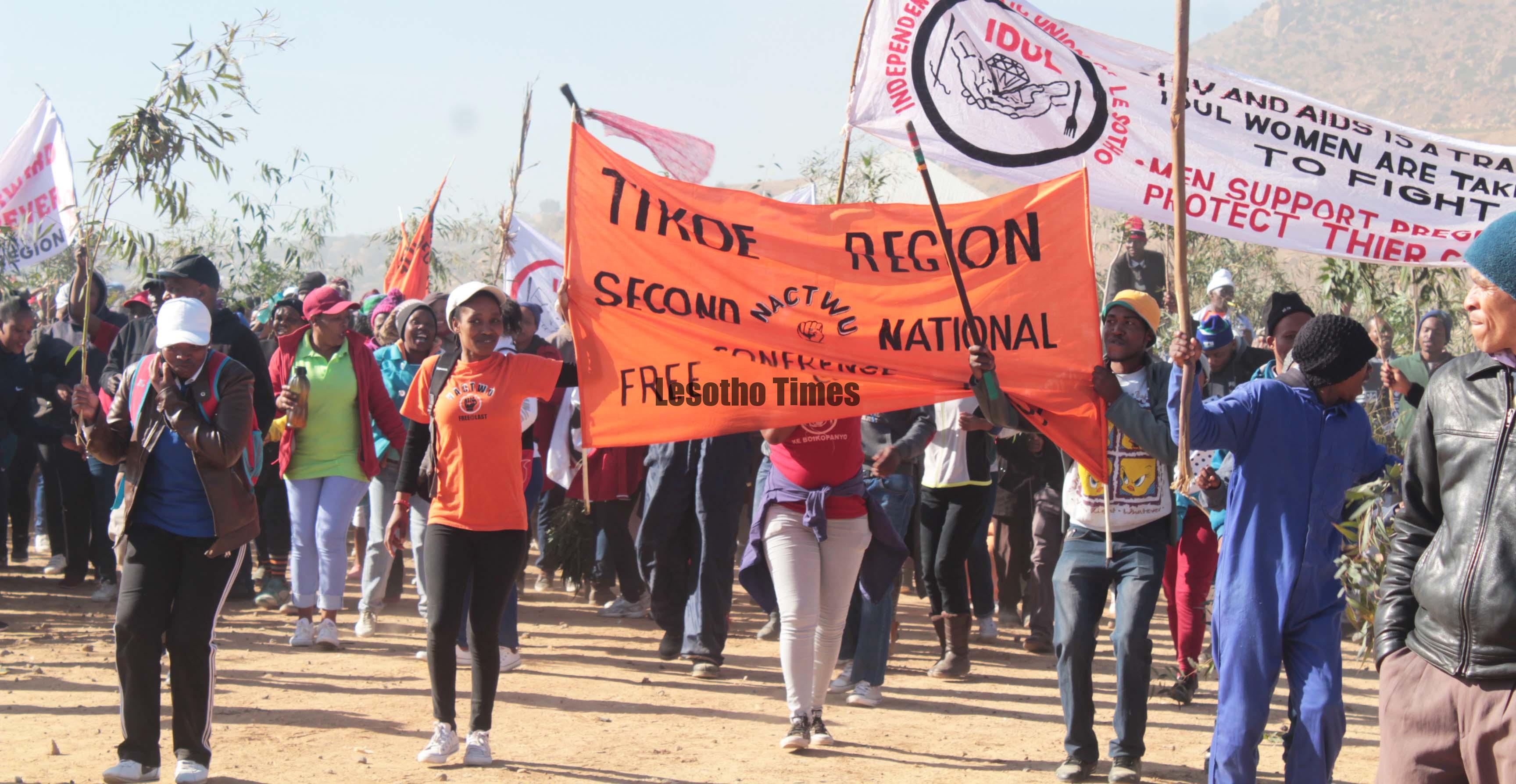 THE government has appointed a four member inter-ministerial task team to superintend over discussions to address the workers’ wage demands.

This follows a recent protest march by thousands of workers who converged at the Moshoeshoe 1 monument in Maseru where they delivered a petition to Prime Minister Thomas Thabane demanding salary increments for all workers.

The workers also demanded that Dr Thabane sack Labour Minister, Keketso Rantšo, who they accused of neglecting their welfare concerns.

Dr Phamotse this week told the Lesotho Times that the task team met the trade union leaders on Monday and more meetings have been lined up with other stakeholders in the coming days.

“We were chosen by the cabinet and upon the completion of consultations, we will compile a report once we have identified the core problem pertaining the minimum wage issue,” Dr Phamotse said.

“The report will inform the Prime Minister’s response to the workers within 14 days from the day of the workers handed in their petition.”

Dr Phamotse said they had a fruitful meeting with the trade unions and they hope to get the same positive reception from the employers.

For his part, May Rathakane who represented Independent Democratic Union of Lesotho (IDUL) said the meeting was a positive step.

“We had a warm meeting with the panel of ministers and we are looking forward to a positive response. However, it is still too early to say whether or not our grievances will be addressed as we have had similar meetings with previous governments. It is premature for us to celebrate and we will only be happy when we get the money that we want,” Mr Rathakane said.

Should their demands be met, the textile workers will receive a 47 percent salary increase.

The trade unions have accused previous governments of ignoring the recommendations of the International Labour Organisation (ILO) to ensure that workers earned a monthly minimum wage of M2000 by 2017.

My reputation has been irrevocably damaged: Majara