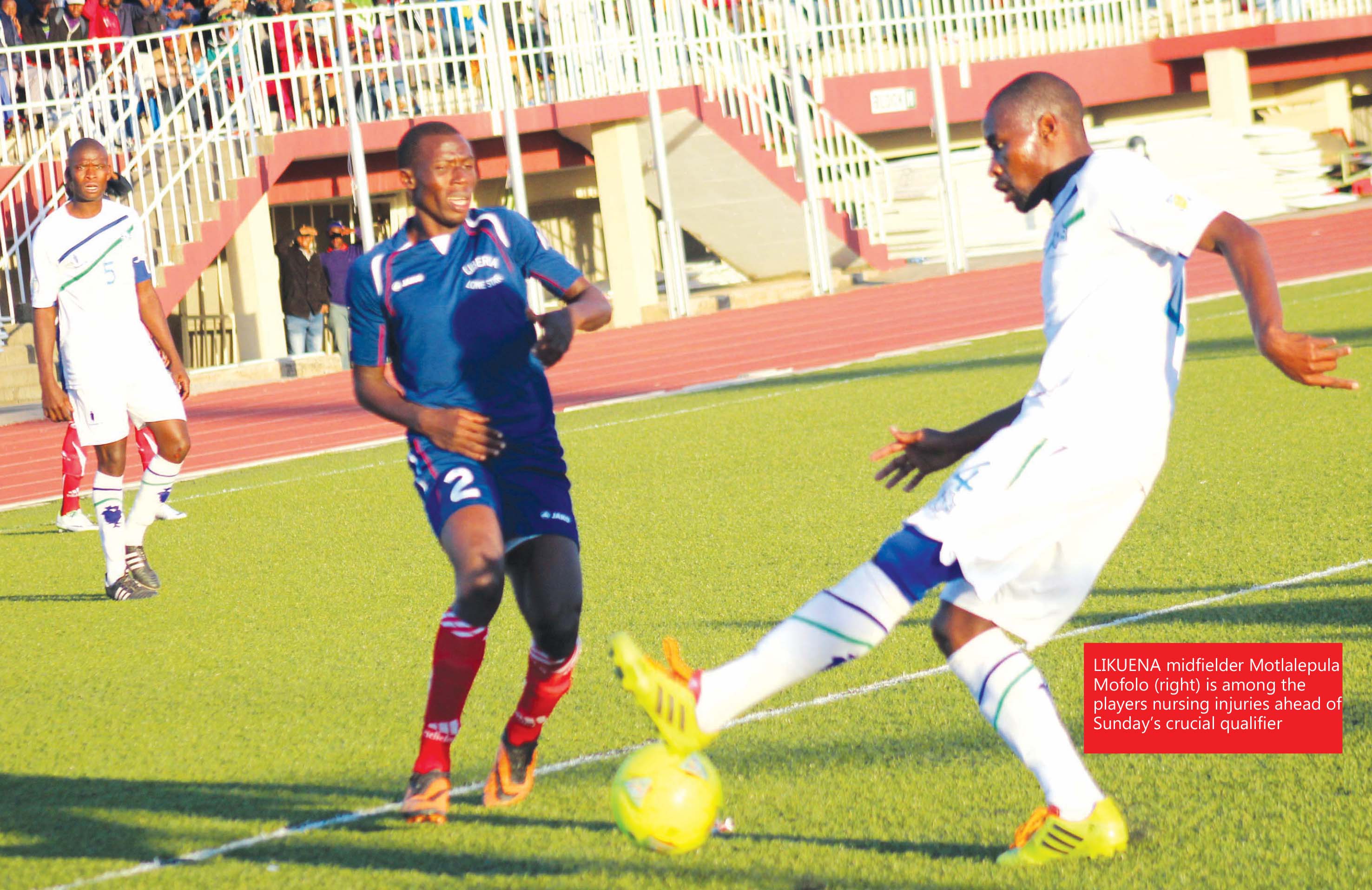 THE national football team’s final preparations for Sunday’s Africa Cup of Nations (Afcon) qualifier against Kenya have come at a huge cost.
Likuena, as the team is popularly known, have been in Botswana to fine-tune for the second round, first leg match of the continental qualifier and played the hosts on Monday this week, losing the tie 2-0.

With the team already without star-player, Bokang ‘Lefty’ Mothoana due to injury, Lesotho would be heavily compromised should the quartet fail to recover for the weekend clash, whose return leg takes place at Nyayo National Stadium in Nairobi a fortnight later.
“We lost 2-0 to Botswana yesterday, and had four of our key players injured in the match. The players had to be substituted in the first half, which I think led to our losing the match after the half-time break,” Maretlane said.

“Tale, Mokhahlane and Mofolo don’t look that bad, but our first-choice goalkeeper, Kuenane, has left us worried because the injury looks serious.
“He injured his knee, which has given him problems before. All the injured players are being attended to before we leave Botswana and they will also be monitored leading to Sunday’s match.”
But Maretlane said Monday’s match had given the players “a good test” against a very physical and aggressive Botswana side.
“I think this match has helped the coach see the strengths and weaknesses of his squad, because it was really good test against a very physical side,” said Maretlane.
“Our team was not as bad as the score-line suggests. The match went to the halftime break goalless and our boys’ performance was affected by the forced changes due to the injuries suffered by these four players.
“We had our on chances to score, but were let down by poor finishing. However, all in all, I think the players learned from their mistakes and will regroup for the big clash against Kenya. After beating Liberia in the first round of the qualifiers, the players are determined to beat Kenya and qualify for the group and final stage of the qualifiers.”

Meanwhile, according to Lefa secretary general, Mokhosi Mohapi, the Kenyans are expected to arrive in Lesotho today for the weekend tie, whose winner joins Burkina Faso, Angola and Gabon in Group C of the final qualifiers.

Mohapi also told the Lesotho Times that America-based playmaker, Jane Tšotleho, was supposed to arrive in the country yesterday to join the rest of the squad.