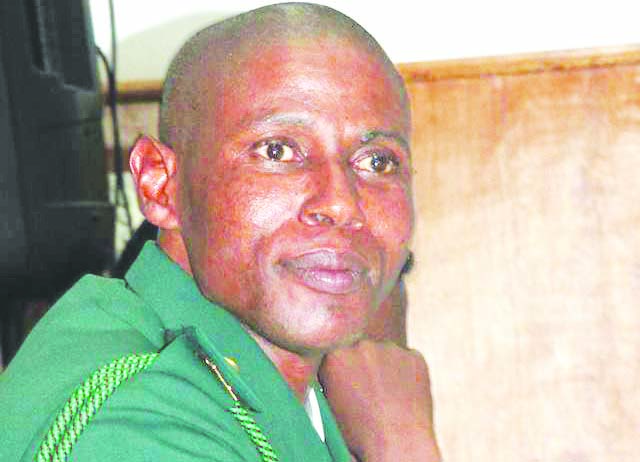 THE High Court on Tuesday postponed to 5 February 2016 a case in which Special Forces Commander Lieutenant-Colonel Tefo Hashatsi wants the SADC Commission of Inquiry into the death of former army commander Maaparankoe Mahao declared illegal.

The postponement came after Transformation Resource Centre (TRC) lawyer, Attorney Tumisang Mosotho, had told the court the case was no longer relevant because of resolutions made by the SADC Double Troika in Botswana on Monday.

Attorney Mosotho said the case was now “academic” because the commission’s report had already been presented to the Double Troika summit, which had been convened to discuss Lesotho’s instability sparked by the killing of Lt-Gen Mahao by his military colleagues on 25 June 2015, as well as the Commission of Inquiry’s report and Lt-Col Hashatsi’s court case.

The submission of the report had affected some of the prayers Lt-Col Hashatsi was seeking in his court application, the lawyer added.

King’s Counsel Motiea Teele, who represented Lt-Col Hashatsi in the case, then suggested that Attorney Mosotho should prepare a formal application through a notice-of-motion, explaining why the case, which had started the previous day, was now “academic”.

However, Advocate Teele, Ms ‘Mamphanya Mahao’s legal representative  Senior Counsel Anna-Marie De Vorse, and lawyers representing the commission and its chairperson, King’s Counsel Molefi Ntlhoki and Advocate Tebalo Potsane, had finished their respective arguments when Attorney Mosotho made his observation before the court.

The TRC, a civic rights group, joined the proceedings as amici curiae, or friends of the court.

Presiding judge, Justice Tšeliso Monaphathi, then told the court: “I am being asked to postpone the case when I thought arguments were complete.

“I am told the issues here have been overtaken by events and reference is made to Paragraph Five of the (SADC) communiqué.”

The paragraph the judge was referring to read: “The Double Troika Summit handed over the Report of the Commission of Inquiry to the Government of the Kingdom of Lesotho.

“The Double Troika Summit tasked the Government of the Kingdom of Lesotho to provide feedback to the Chair of the Organ on Politics, Defence and Security Cooperation, and publish the report within 14 days (by 1 February 2016).”

The judge continued: “I am at a stage when I should be making judgment but now I’m confronted with another matter. It is now a stressful situation. The suggestion made now brings the opposite of what was said before.”

Meanwhile, on Monday, it had been agreed that court proceedings should continue despite the SADC Double Troika summit.  President Ian Khama chaired the summit in his capacity as head of SADC. Zimbabwe (outgoing chair), Swaziland (incoming chair), and the SADC Organ on Politics, Defence and Security Cooperation trio comprising Mozambique (chair), South Africa (outgoing chair), and Tanzania (incoming chair) was also represented in the Double Troika summit  held in Gaborone.

Justice Monaphathi noted as he postponed the case: “What is pitiful is that we will have to assemble here again with costs and this also affects the administration of justice. Indeed, I want to sympathise with people before me now. This case is postponed to the 5th of February this year.”

Meanwhile, during arguments, Advocate Potsane reiterated what his senior, Advocate Ntlhoki, had said—that the SADC Commission and its members could not be sued because they enjoyed immunity and privileges enshrined in the regional bloc’s Treaties and Protocols.

“The Public Inquiries Act does not apply to the commission because it was a SADC commission, not a Lesotho commission.

“The Act was only used to provide legal framework for the operation of the commission,” he said.

On the other hand, Advocate De Vorse agreed that the Public Inquiries Act of 1994 was the applicable law to challenge the proceedings of the commission.

However, Advocate De Vorse further said Lt-Col Hashatsi could only seek relief on matters that affected him directly as an ordinary citizen.

The lawyer further said she did not see anything wrong with the questions directed at Lt-Col Hashatsi by the commission’s chairperson, Justice Mpaphi Phumaphi during the proceedings. In his lawsuit, Lt-Hashatsi said the commission should be declared illegal because its members, especially Justice Phumaphi, were biased against him.

According to Lt-Col Hashatsi’s court application filed on 16 October 2015, the questions he was asked by Justice Phumaphi made him a suspect in Lt-Gen Mahao’s murder.

His lawyer, Advocate Teele, said Justice Phumaphi treated Lt-Col Hashatsi unfairly because he confronted him with facts he had not been told about in advance so he could prepare his answers.

Advocate Teele also said it was wrong for the commission to gather evidence in South Africa because it had been formed through a Lesotho law which did not have powers beyond the country’s border.

“The laws are territorial in nature. If the commission was to operate outside the country, then the Public Inquiries Act would not apply because it doesn’t have extraterritorial application,” Advocate Teele said.

In response, Advocate De Vorse noted: “I agree that it was awkward for the questions to come from the chairperson, but it doesn’t give the applicant any cause for action.

“It would only be unfair if he was not given an opportunity to respond to the questions.”

‘I won’t rest until I know the truth’