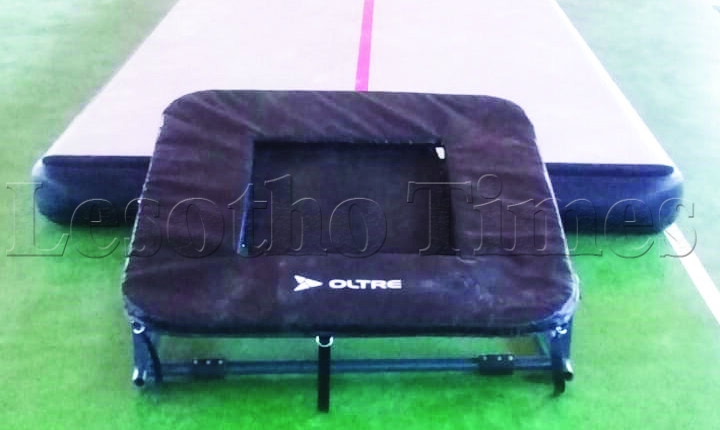 However, this is too late given that the games start tomorrow and the team had only six days to train using it. The games are expected to end on 12 December.

Coach, Mpho Phakisi, who is also the Lesotho Association of Gymnastics public relations officer, confirmed the arrival of the equipment to the Lesotho Times this week.

“The equipment finally arrived on Saturday and we set it up in Matsieng on Sunday and immediately allowed our athletes to start using the track,” Phakisi said.

This is the first time for Lesotho gymnasts to train using a tumbling track and mats. They have been training on grass and concrete floors.

A fortnight ago, Phakisi expressed worries that delays in the arrival of the equipment would adversely affect his team’s performance as the gymnasts were likely to only use the proper equipment during the competitions.

Now that the equipment has arrived, albeit late, at least they will now get a chance to familiarise with it before the games.

“It is better now that the athletes will have been exposed to the proper equipment before the games but a week is not enough.”

Weightlifting team off to Uzbekistan