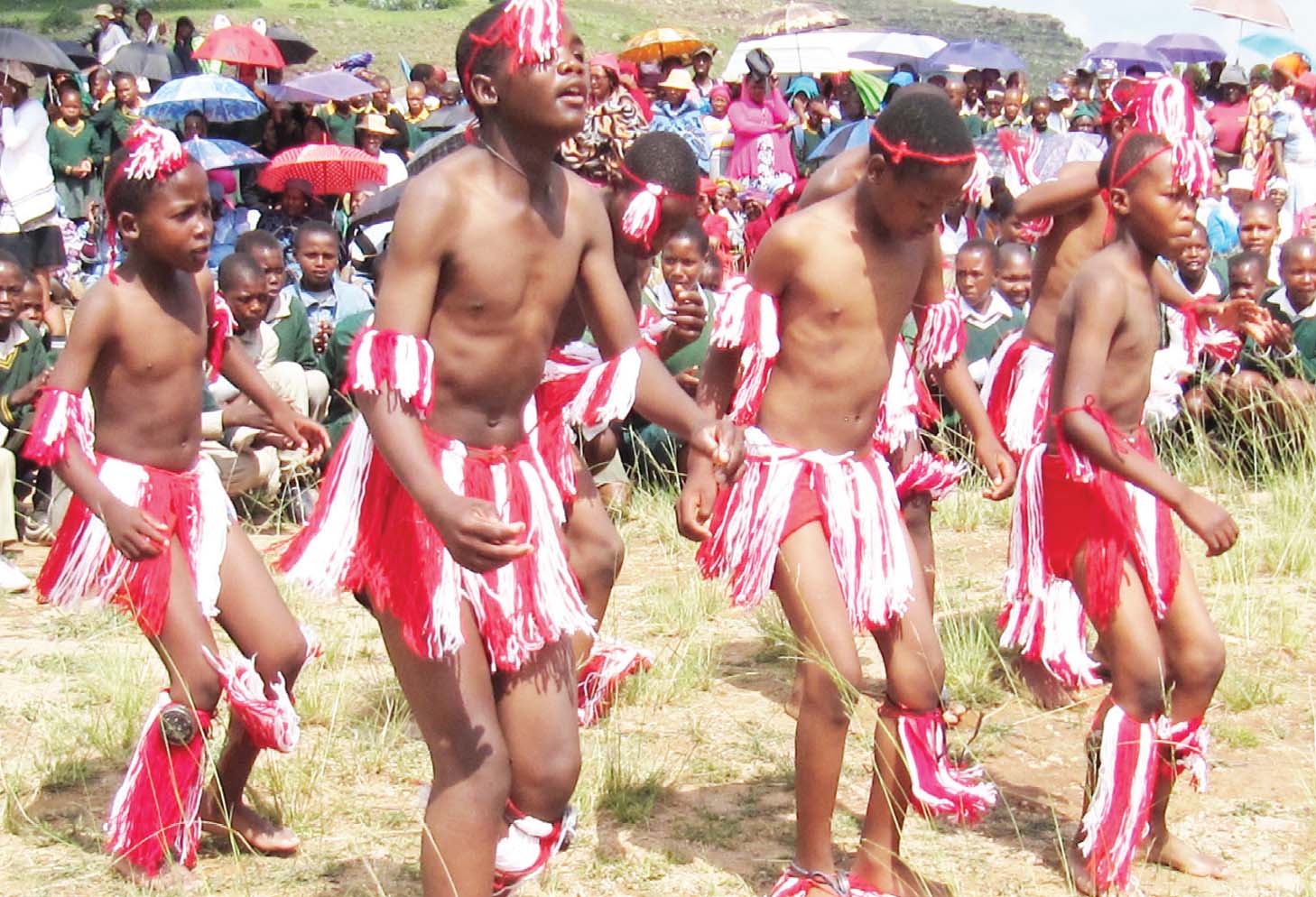 The Mafura Youth Group opened the day’s proceedings with beautiful choral music in the three languages spoken in the village; Sesotho, Sephuthi and Sethepu. The group’s presentation was so mesmerising guests continued to shower it with cash each time they made an appearance.

The Mathuela Dance Group also proved to be a crowd-favourite as most guests from outside Quthing had never witnessed such a performance before.

From the use of wild animal skins in their regalia to songs with a heavy, thumping drum as the only instrument as well as traditional dance moves which blended into a stunning flowing style, the Mathuela Dance Group was certainly more than what the guests had anticipated.

In addition to throwing money at the performing group, guests also used their cell-phones to video-record the pulsating session.

The Weekender established the dance is a religious rite by a certain ethnic group from the area, which Mathuela has modified in order to make it entertaining.

Added to that, there was a famo dance group which also had the crowd screaming for more. Although a familiar sight in the area, guests still reacted wildly when the group came on stage and joined them on the dance floor in a clear show that Basotho really take pride in their culture.

Mafura and Dalewe primary school students also sang beautiful harmonic songs that carried a message of peace; the reason for the day’s gathering. One of the messages was that Africans should unite and fight for peace as they are but one people.

The performances were wrapped-up by the village’s gospel sensation, Katiso, who thanked the Lord for the success of the event in the form of praise-songs.

The Minister of Gender and Sports, Youth and Recreation, Thesele ‘Maseribane, who was among the dignitaries, praised the event and joined in some of the dances amid wild applause by the audience.

Long wait is over!