Govt to give military send-off, honours to Mahao 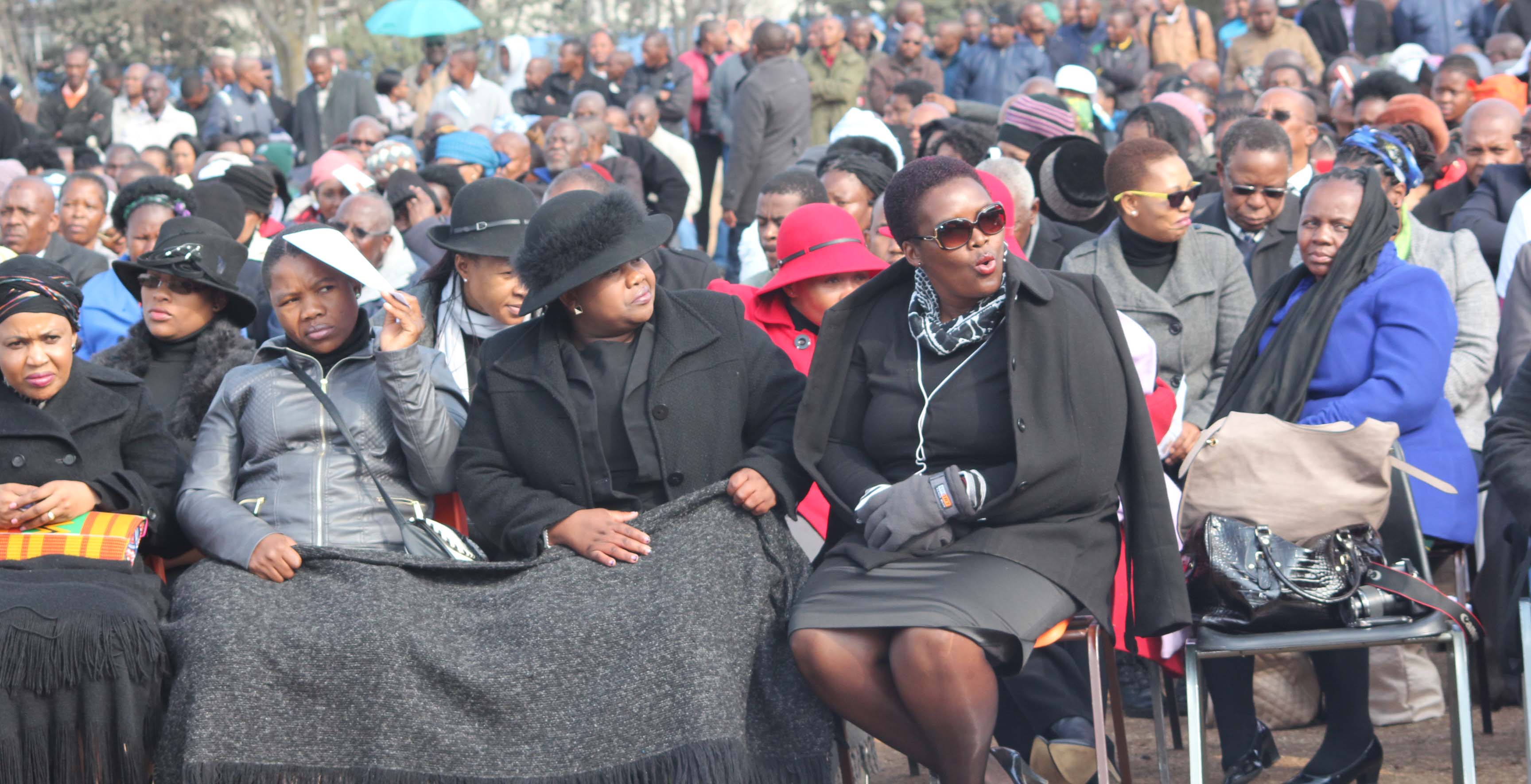 THE government will finally accord the slain army commander, Lieutenant General Maaparankoe Mahao, a military send-off and honours befitting his status, three years after his assassination.

This was revealed by the Lesotho Defence Force (LDF) public relations officer, Lieutenant Colonel Mashili Mashili, in an interview with the Lesotho Times this week.

Lt-Col Mashili said the military send-off would be held at Lt-Gen Mahao’s grave site in Mokema in Maseru on 30 June this year.

He said the decision followed a request by the late Lt-Gen Mahao’s family.

Lt-Col Mashili however, said the government and the army command were still to decide on which rank to confer the late Lt-Gen Mahao. His family requested that he be posthumously reinstated to his former position as LDF Commander and at the rank of Lt-Gen.

“It is true that the army will perform a military honours ceremony for him (Lt-Gen Mahao) on 30 June,” Lt-Col Mashili said, adding, “Preparations are underway for this event and as soon as everything has been finalised, the army will make an official statement”.

“It is not yet clear which rank will be conferred on him. You will know as soon as all the details surrounding this matter have been finalised but he will be given a military honours ceremony on the said date,” Lt-Col Mashili added.

Lt-Gen Mahao was fatally shot by his LDF colleagues on 25 June 2015 just outside Maseru. The LDF claimed Lt-Gen Mahao had resisted arrest for allegedly leading a mutiny when he was killed but that claim was later dismissed as false by a Southern African Development Community (SADC) inquiry into his death.

Lt-Gen Mahao’s family accused the army of killing him in cold blood basing on the account of his nephews who were with him during the incident.

However, Rtd Lt-Gen Kamoli rejected the dismissal challenging its legitimacy and allegedly proceeded to launch a coup attempt in August 2014. The coup attempt kick started a chain of events that culminated in the snap elections of February 2015 which ushered in the former seven parties’ coalition in place of Dr Thabane’s first government.

Rtd Lt Gen Kamoli was reinstated in a Government Gazette dated 21 May 2015. Another gazette that was issued on the same day announced the termination of Lt-Gen Mahao’s appointment as LDF commander and demoted him to his earlier rank as a Brigadier.

Lt-Gen Mahao challenged his demotion in the High Court and the case subsequently collapsed after he was assassinated on 25 June 2015 by his LDF colleagues.

The SADC commission of inquiry into Lt-Gen Mahao’s death was headed by retired Botswana judge Mpaphi Phumaphi and it found that Dr Thabane’s appointment of Lt-Gen Mahao as army commander was lawful.

SADC also recommended, among other things, that the government should investigate the killing of Lt-Gen Mahao and prosecute those found to be responsible.

However, the former coalition of Pakalitha Mosisili did nothing to probe the murder and other atrocities perpetrated by the LDF during its reign.

It was only after Dr Thabane’s return to power in the wake of the 3 June 2017 elections that the police investigated and subsequently arrested eight LDF officers in connection with Lt-Gen Mahao’s assassination.

While welcoming the government efforts to bring finality to the matter, the Mahao family wrote to the government in February this year and further requested that Lt-Gen Mahao be accorded a military send-off to coincide with the anniversary of his assassination. The family further requested that he be posthumously reinstated to his former position as LDF Commander and at the rank of Lt-Gen.

This week, a family spokesperson, Lehloenya Mahao, confirmed that they met with the government on Sunday and agreed that he be given a military send-off on 30 June.

“We met on Sunday and agreed that the LDF will perform a military honours ceremony for Lt-Gen Mahao in Mokema,” Mr Mahao said, adding that the government was still to pronounce itself on the family’s request that Lt-Gen Mahao be posthumously reinstated to his former position as LDF Commander and at the rank of Lt-Gen.

Mr Mahao further said they were grateful to the government for its cooperation which had so far resulted in the arrest of his suspected killers among things.