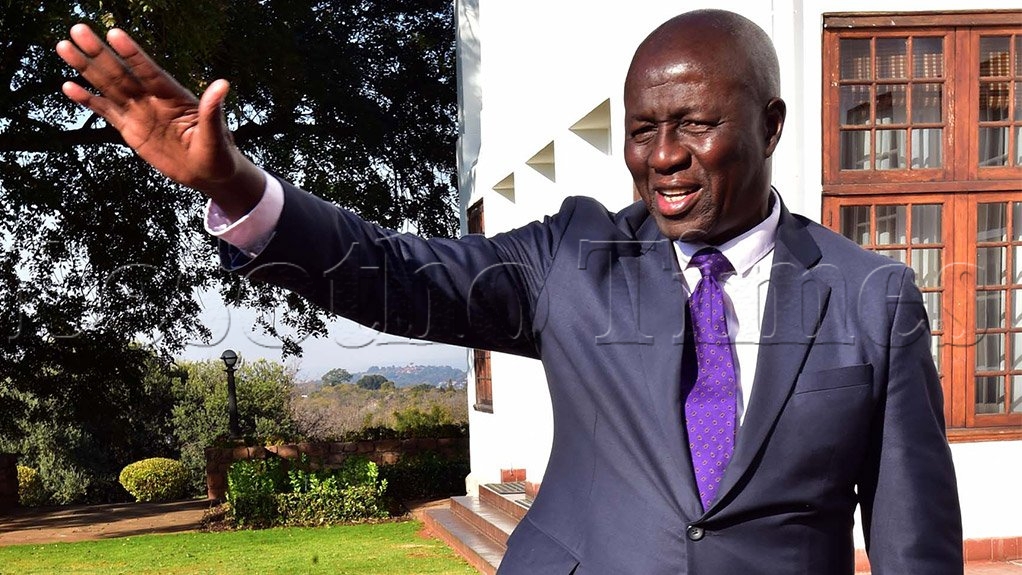 THE government ignored the concerns of victims of human rights atrocities when drafting National Peace and Unity Bill, the Lesotho Times has established.

The government’s stance is one of the reasons why one of the victims, Private Tumelo Maja, has teamed up with 15 other soldiers to file a multi-million maloti damages claim against the Lesotho Defence Force (LDF).

The Bill proposes the establishment of a National Peace and Unity Commission with powers to grant high-profile criminal suspects amnesty provided they testify truthfully, disclose their alleged crimes in full and show remorse. The suspects are currently in court over a wide range of crimes committed at the height of instability in Lesotho in 2015.

The Commission will also consider awarding compensation to victims of the various crimes.

All of this flies in the face of the victims’ submissions as recorded in their closed 21 April 2021 meeting with former Law and Justice Minister Nqosa Mahao at the Transformation Resource Centre (TRC) offices in Maseru two months ago. Prof Mahao alluded to the meeting at his press conference this week.

The Lesotho Times has also seen a copy of the minutes of the closed meeting which not only narrates various victims’ experiences but also their opposition to the Bill.

The meeting was aimed at capturing the victims’ expectations of the government with regards to the gross human rights violations they had suffered.

It was also aimed at getting their “inputs on Moseneke’s proposed Transitional Justice (TJC) mechanism”. The minutes were recorded by TRC officials and copies were sent to Prime Minister Moeketsi Majoro, Justice Moseneke and the African Commission on Human and People’s rights among others.

Among other things, the victims who included soldiers like Private Maja and Captain Seabata Chaka, had demanded that the trials of all high-profile suspects accused of human rights violations already before the courts be prosecuted to finality.

They had also demanded that their tormentors, and not the state, should compensate them for their suffering.

Other demands include the suspension and prosecution of all suspects still serving in the army. The victims also want all implicated politicians to be barred from ever holding political office again.

All these demands were ignored and unsurprisingly, Private Maja has teamed up with 15 other soldiers to sue the LDF.

The minutes of that meeting state that Private Maja alleged that he was abducted and subjected to torture, cruel and degrading treatment on 3 September 2014.

He claimed that he was the first soldier to go into exile in 2014 and he was exiled for three years in South Africa. His salary was allegedly stopped and “life became quite hard for him and his family back home suffered”.

He alleged that upon his return to Lesotho in 2017, he met with several government officials including current Prime Minister Moeketsi Majoro who all promised compensation but this has not been honoured to date. Dr Majoro was finance minister at the time.

In that same meeting, the minutes show that Captain Chaka also testified that he was one the “23 soldiers who were abducted and tortured by those loyal to Kamoli”.

“He (Chaka) indicated that those who were perpetrators were still at work (in the Lesotho Defence Force). Captain Chaka also stated that caution should be exercised as the (envisaged) Commission would be dealing with habitual liars who on three occasions in 2014 asked for his forgiveness but still detained and tortured him in 2015.

“His expectation was to have those suspects suspended and charged. He also expected to be given reparations,” the minutes of the closed meeting state.

The minutes state that Prof Mahao asked the victims whether they had met the head of the SADC facilitation team to Lesotho, retired former South African Deputy Chief Justice Dikgang Moseneke, over their concerns.

The victims are said to have indicated that such a meeting was held and they had sent their representatives, namely, Messrs Mosito Ramahloko, Mabula Khetheng, Captain Chaka and ‘Mamphanya Mahao, the widow of the slain army commander, Maaparankoe Mahao.

Mr Ramahloko is brother to the slain Police Sub-Inspector Mokheseng Ramahloko who was gunned down by soldiers during the attempted coup against Mr Thabane’s government on 30 August 2014.

Mr Khetheng is the younger brother to the slain Police Constable (PC) Mokalekale Khetheng, who was allegedly murdered by fellow police officers in 2016.

The minutes state that Mr Khetheng accused Justice Moseneke of undermining the justice system in order to protect high-profile suspects.

“Mr Khetheng indicated that this (bill) was the second attempt which he presumes to be undermining the justice system by the facilitator in favour of politicians. He highlighted that the first time was in relation to clause 10 of the (2018) memorandum of understanding between the government and coalition of opposition parties which was challenged and set aside by the High Court sitting as the Constitutional Court.

“Mr Khetheng added that they may forgive the perpetrators but that should not hinder the administration of justice.”

According to the minutes, Prof Mahao made it clear to the victims that the envisaged Commission had been proposed by Justice Moseneke. It was however rejected by the victims.

“The minister (Mahao) asked why the victims were rejecting the facilitator’s transitional justice (TJC) propositions. The victims, including those whose identities will not be disclosed, were of a general view that the TJC is intended to save politicians from prosecution. There was a suggestion that Justice Moseneke was unfair and unjust to the victims who were being dictated to despite being the actual consumers to be directly affected by the proposed legislation. Another strong opinion was that the perpetrators may not divulge the necessary information as they were not necessarily behind the idea of the TJC which was being pursued by SADC or politicians.

“It was further pointed out that the accused have not shown any remorse even before the courts of law as they have even entered pleas of not guilty. There was a suggestion that the Commission should be aware that it would be dealing with habitual liars. The TJC, in the manner in which it was being proposed, was generally rejected,” the minutes state.

However, if the government persisted in establishing one, the minutes show that the victims proposed the following inputs into any legislation giving life to the commission;

Apart from the well-known victims and cases, the minutes also show that there are other lesser known victims of atrocities that allegedly occurred more than 40 years ago.

These include the case of one Mr Motuba who was allegedly murdered by soldiers in 1981.

According to the minutes, the late Mr Motuba’s daughter, Mosebetsi Mapetla, informed the meeting that her expectation is for the government to make further investigations on what happened to her father.

“All she wants is justice to take its course so that they have closure and healing,” the minutes state.

At his press conference this week, Prof Mahao confirmed the April 2021 meeting with the victims who rejected the National Peace and Unity Bill.

He denied responsibility for the Bill, saying he was sacked from cabinet a day after his meeting with the victims.

“On 21 April 2021, I met with the aggrieved parties and the next day on 22 April, I was sacked from cabinet. That was the last I saw of that proposed Bill. (Law and Justice Minister Lekhetho) Rakuoane says he inherited the Bill from me but I have never met him since I left cabinet.

“It’s also not true that I had discussed the Bill in cabinet before as it was not brought to cabinet during my time.

He said the Bill had its origins in a concept paper drafted by Justice Moseneke which he had rejected out of hand during their February 2021 meeting.

He said his Basotho Action Party (BAP) was totally opposed to the Bill and would fight it in court if necessary.