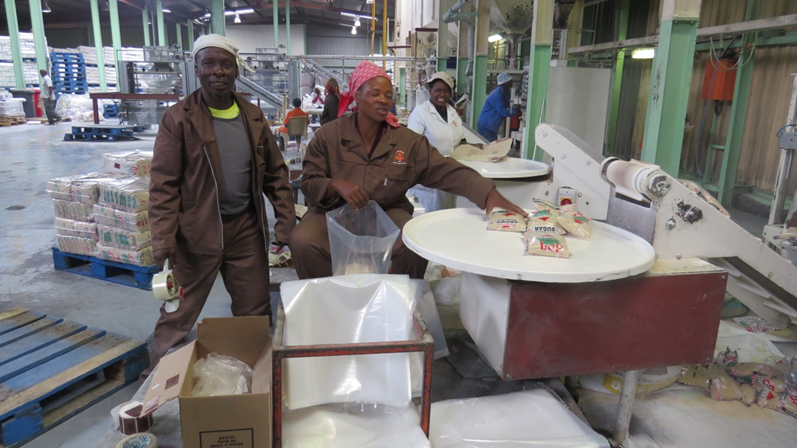 THE government has handed Seaboard Overseas and Trading, which operates the Lesotho Flour Mills (LFM), a short lifeline after it awarded the company a one-year contract extension with effect from 1 January 2019.

The company which, along several others in which the government has a stake, was condemned for its failure to pay any dividends for nearly two decades, has also committed to paying dividends “after the two good financial years ending 2016 and 2017”.

The company said, in its financial results published in December 2018, it had made M33, 5 million in after tax profit in 2017.

The extension of the contract comes after long-drawn out negotiations with the government which owns a 49 percent stake in Lesotho Flour Mills. Seaboard Overseas Trading had nonetheless applied for a 10-year extension.

Finance Minister Moeketsi Majoro had expressed the government’s exasperation over the company’s failure to declare dividends.

Seaboard applied for a renewal of its licence in May last year and indications were that the government had been stalling because the American company had never declared profits and dividends since it bought a controlling stake in LFM for US$10 million in 1998.

In a previous interview with this publication soon after Seaboard had applied for the renewal of its licence, Dr Majoro said he had told Seaboard officials that the government was only interested in a new deal that would guarantee profits.

“They (companies) can come to my office to negotiate but we have a very clear policy that they are in business for profit and we want to see profit.

“I had a meeting with LFM together with the shareholder representatives, namely the finance, agriculture and trade ministers. We explained to Seaboard the simple concept, saying, ‘gentlemen we are in business for profit and if you are in business for charity you are not the partner that we want’.

“The conclusion of our discussions was that the issues that the government side is raising are important and they need to be looked at.

“We are proving leadership to LFM and before we discuss a renewal of their contract, the important thing is to reset LFM on a business footing where it will make a profit,” Dr Majoro said last year.

LFM was established in 1979 and privatised in 1998, when multinational agro-processor Seaboard Overseas and Trading Group and a sister company bought a controlling stake for about US$10 million, while a 49 percent stake remained with the Lesotho government.

Headquartered in Kansas, United States, Seaboard runs milling facilities in South America, the Caribbean and Africa, among other locations.

He also added that LFM had resolved to pay dividends to its shareholders after the past two profitable financial years ending October 2016 and 2017.

Contacted for comment, Dr Majoro referred the Lesotho Times to the LFM chairperson.

Meanwhile, LFM had posted M33, 5 million profits for the year ending October 2017, a 14 percent increase from the M26 million recorded in 2016. It was not clear why the company, which had not been paying dividends for two decades, had suddenly turned to profitability.

Its financial report read; “The key contributing factor was the Government Food Subsidy Programme assisting in the maize volumes…”.

“Flour sales were below previous year volumes and were impacted by the decrease of the South African wheat levy for imported raw materials of which Lesotho is exempt from.

“Both of these (factors) acted as an entry barrier for South African competitors into Lesotho.

“Feed sales were disappointing, being negatively impacted by region wide issues in the poultry industry; duty free chicken flooding South Africa and more damaging; an outbreak of bird flu wiping out poultry stocks and the industry as a whole. This had a severe impact on the Lesotho poultry industry as it was not able to secure day-old chicks and point of lay poultry stocks. Recovery in both these sectors is only expected in the 2018 financial year,” the company said.

Koro-Koro goes to court for Mahao

It was a learning curve: Mapetla