Frazer fires another salvo at Majoro 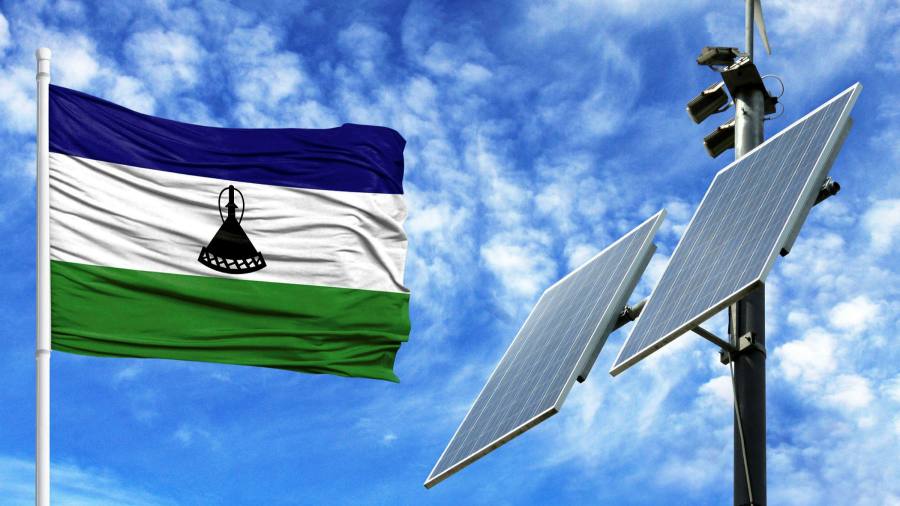 FRAZER Solar has accused Prime Minister Moeketsi Majoro of lying to the Directorate on Corruption and Economic Offences (DCEO) and the nation about the circumstances leading to the German company being granted a court order endorsing its default £50 million (M856 million) claim against the Lesotho government.

Frazer Solar alleges that Dr Majoro had been dishonest when he told the DCEO, the nation and the Gauteng High Court that former cabinet minister, Temeki Tšolo, and other senior officials in the previous Thomas Thabane administration had concealed information about the German company’s lawsuit which led to the default award of the damages.

The company says there was no conspiracy by Mr Tšolo and others to conceal the information. It insists that Dr Majoro was fully aware of the lawsuit. It says that “complacency, not conspiracy is the real reason why the Lesotho government ignored the legal processes which culminated in the damages award against it”.

The damages award against the Lesotho government arose from its alleged breach of its 2018 contract with Frazer Solar for the provision of 40 000 solar water heating systems, 20 megawatts of solar power capacity, 1 million LED lights and 350 000 solar lanterns to Lesotho over four years.

Dr Majoro was finance minister at the time of the deal. He had refused to sign the financing agreement for the project.  Former Minister in the Prime Minister’s Office, Tšolo, had already signed the main supply agreement before Dr Majoro’s refusal, the company claimed.

Buoyed by the court judgment, Frazer Solar also moved to seize Lesotho government assets in other countries. These include the government’s shares in a Mauritian company, West Indian Ocean Cable Company (WIOCC).

The looming seizure of the assets finally jolted the government into action.  Last month, it dispatched an inter-ministerial delegation for talks with South Africa to stop Frazer Solar from laying its hands on the water royalties and any other Lesotho assets in South Africa.

The government followed up on the talks by assembling a team of lawyers from four different law firms in South Africa to collectively formulate an application for the reversal of the court judgement garnishing the water royalties.

Dr Majoro said Mr Tšolo had no right to negotiate and sign such an agreement.

The premier said the DCEO’s investigations had established that there was “evidence which points in the direction of this (legal) process having been deliberately kept from the relevant officials, for a corrupt purpose”.

The premier further alleges that he only learnt about the Gauteng High Court’s April 2021 judgement in favour of Frazer Solar from the media on 18 May 2021.

He states that any seizure of Lesotho’s assets to pay off the alleged debt to Frazer Solar “would be catastrophic for the finances of Lesotho”.

However, Frazer Solar accuses the premier of lying.

“He has misled Basotho and now we learn he intends to mislead the South African court as well. This pattern of inaccuracies raises serious questions over the Government of Lesotho’s ability to present any credible legal case as and when proceedings begin in South Africa.

“It is clear that complacency, not conspiracy, is the reason why the Lesotho government (GOL) has failed to engage with this legal process. This fanciful conspiracy has been dreamed up by Dr Majoro. It is an insult to Basotho, and a desperate attempt to distract attention away from the multiple opportunities he (Dr Majoro) and the GOL were offered to resolve this dispute but failed to act,” Frazer Solar says.

The company accuses Dr Majoro of lying to the DCEO when he said that he was not informed or served with the court papers pertaining to Frazer Solar’s lawsuit in the South African courts. The company alleges the premier is inconsistent as his recent affidavit to the Gauteng High Court acknowledges that Lesotho’s Foreign Affairs and International Relations ministry did receive Frazer Solar’s court papers.

“However, in Dr Majoro’s affidavit to the South African Court, he confirms that the Ministry of Foreign Affairs did receive the notice of motion and founding affidavit in the application to make the arbitration award an order of court. Dr Majoro says that “All court papers received by the Ministry of Foreign Affairs by 8 December 2020 were contained in a dossier. The dossier was forwarded to the Office of the Attorney General after 9 December 2020 but never reached the Attorney General.”

Frazer Solar argues that the Lesotho government has to explain why these documents were allegedly never received by the Attorney General’s office. It says it is not plausible to suggest that the pending legal action could have been concealed from the relevant people given the extent of Frazer Solar’s efforts to inform so many ministers and ministries of the legal action.

The company says it even established that Dr Majoro had himself received notice of the pending legal action. This was “confirmed” by way of “read receipt” for documents it emailed in April 2021 and the premier’s own affidavit.

“In its attempts to excuse the GOL’s failure to engage with this legal process over the past two years, Dr Majoro’s affidavit to the South African court relies exclusively on the notion that documents, letters, phone calls, and emails were deliberately and successfully concealed from relevant ministers and ministries by four individuals.

“This conspiracy theory does not exist in reality and is instead a fanciful product of Dr Majoro’s own creation. The facts are as follows: Dr Majoro identifies four alleged participants in the conspiracy: former Minister Tšolo, former Government Secretary (Moahloli) Mphaka and their secretaries Ms Ntobaki and Ms Lebusa.

“The secretaries claim that at all times they were only following the directions of their superiors. The GOL’s position is that Mr Tšolo and Mr Mphaka were able to intercept and conceal all documentation related to the case with complete precision on every single occasion over the last two years, while somehow exacting enough control over anyone within the government from ever talking about it or taking any action.

“Taking these points into consideration, it is impossible to see how any of the four individuals could have seized all crucial information, as Dr Majoro alleges, including from Dr Majoro himself. Furthermore, with the exception of Mr Tšolo, none of the individuals held positions of sufficient power or influence to conceal legal documents or prevent further enquiries across multiple ministries,” Frazer Solar states.

Media must adapt or sink – expert